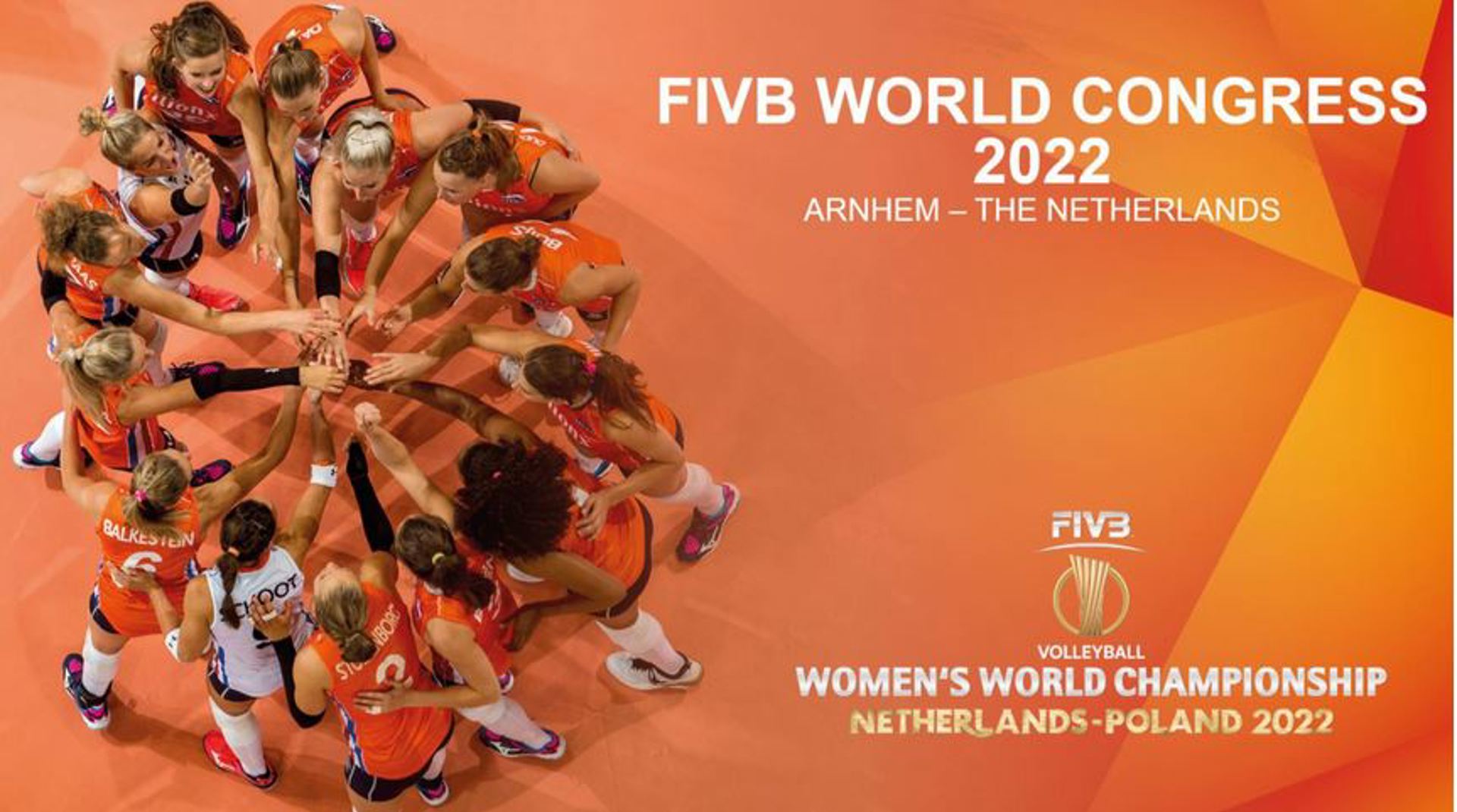 Lausanne, Switzerland, February 8, 2021. The Netherlands will be the host of the 38th FIVB World Congress in 2022, following the FIVB Congress’ approval of the Dutch Volleyball Federation’s (Nevobo) proposal to host the meeting during the FIVB Volleyball Women’s World Championship 2022.

Dutch Volleyball Federation Secretary General Michel Everaert presented the candidature of Arnhem, Netherlands to host next year’s Congress and received the support of FIVB Congress delegates. The country is renowned for its hosting credentials having previously hosted a number of key volleyball events, including the Olympic Qualification Tournament and the Volleyball Nations League.

Speaking at the Congress, FIVB President Dr Ary S. Graça F° said, “We are delighted with the proposal of the Dutch Volleyball Federation. I am sure that all our delegates will be warmly welcomed in the Netherlands and be delighted to have the opportunity to watch the flagship FIVB Volleyball Women’s World Championship live.”

Nevobo Secretary General Michel Everaert said, “With the 24 best volleyball teams in the world in Arnhem, could there be any other place you would rather be as a volleyball fan or official? We will bring the best all together, so we believe this is the ultimate place for the Congress. We hope everyone will be there and have a really good time, both at the Congress and at the World Championships.”