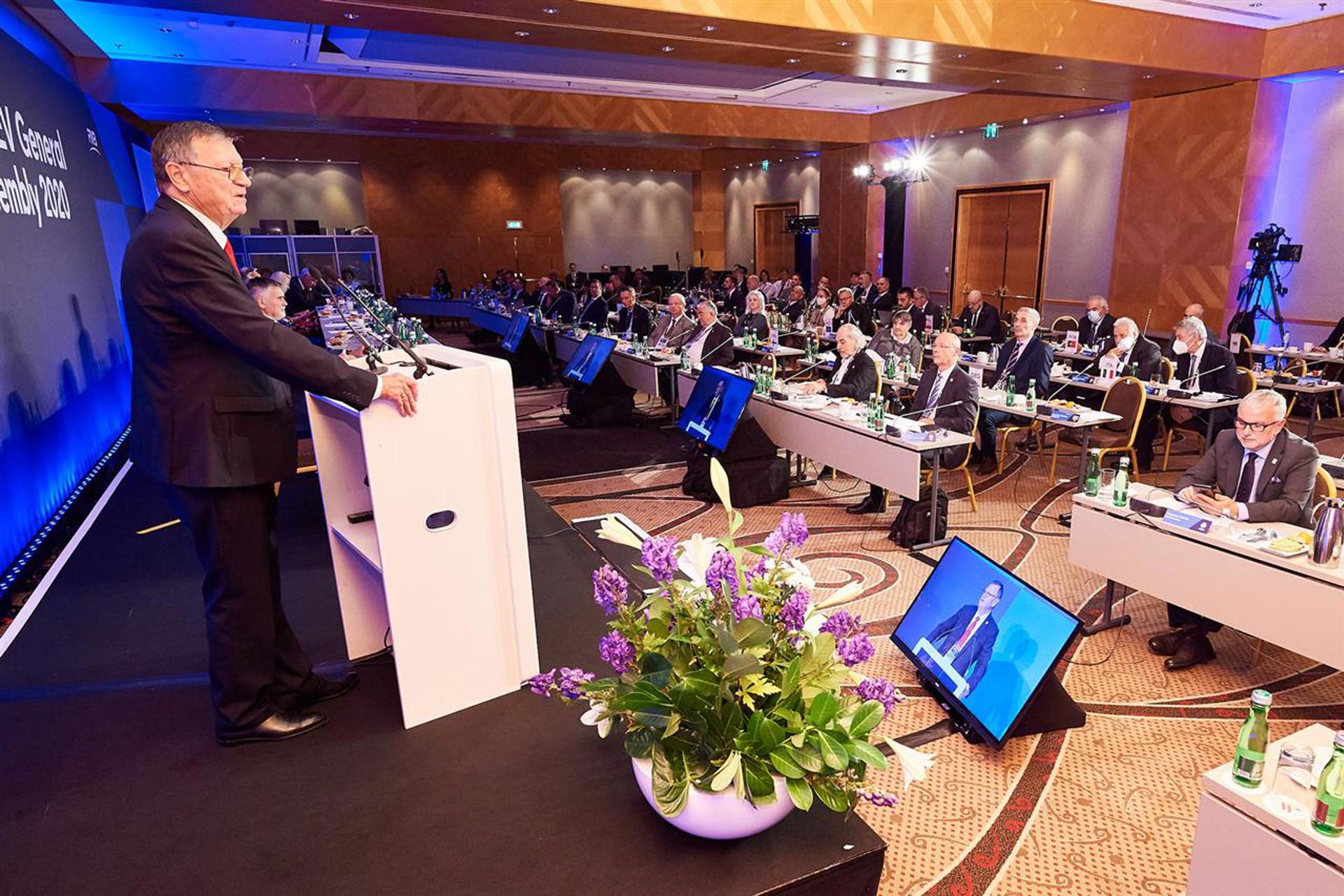 Luxembourg, October 19, 2020. The XLI CEV General Assembly held this past Friday in Vienna was a truly special opportunity for members of the European Volleyball family to convene and help shape the future of the sport. Incumbent CEV President Aleksandar Boričić received an overwhelming majority of the votes to lead the organisation for another four-year term, together with a Board of Administration including another 18 members, all equally eager and motivated to work hard to grow the game at all levels.

Apart from casting their votes to define the composition of the CEV’s institutional bodies, the delegates from 42 National Federations attending the General Assembly in Vienna received some updates on the CEV’s swift and large-scale response to the unprecedented challenges brought by the coronavirus crisis. After the launch of a mammoth recovery plan announced earlier this year, Volleyball and Beach Volleyball competitions resumed with the successful organisation of four and three age-group continental championships in Volleyball and Beach Volleyball respectively, all delivered in compliance with strict hygiene protocols to curb the spread of the novel coronavirus. 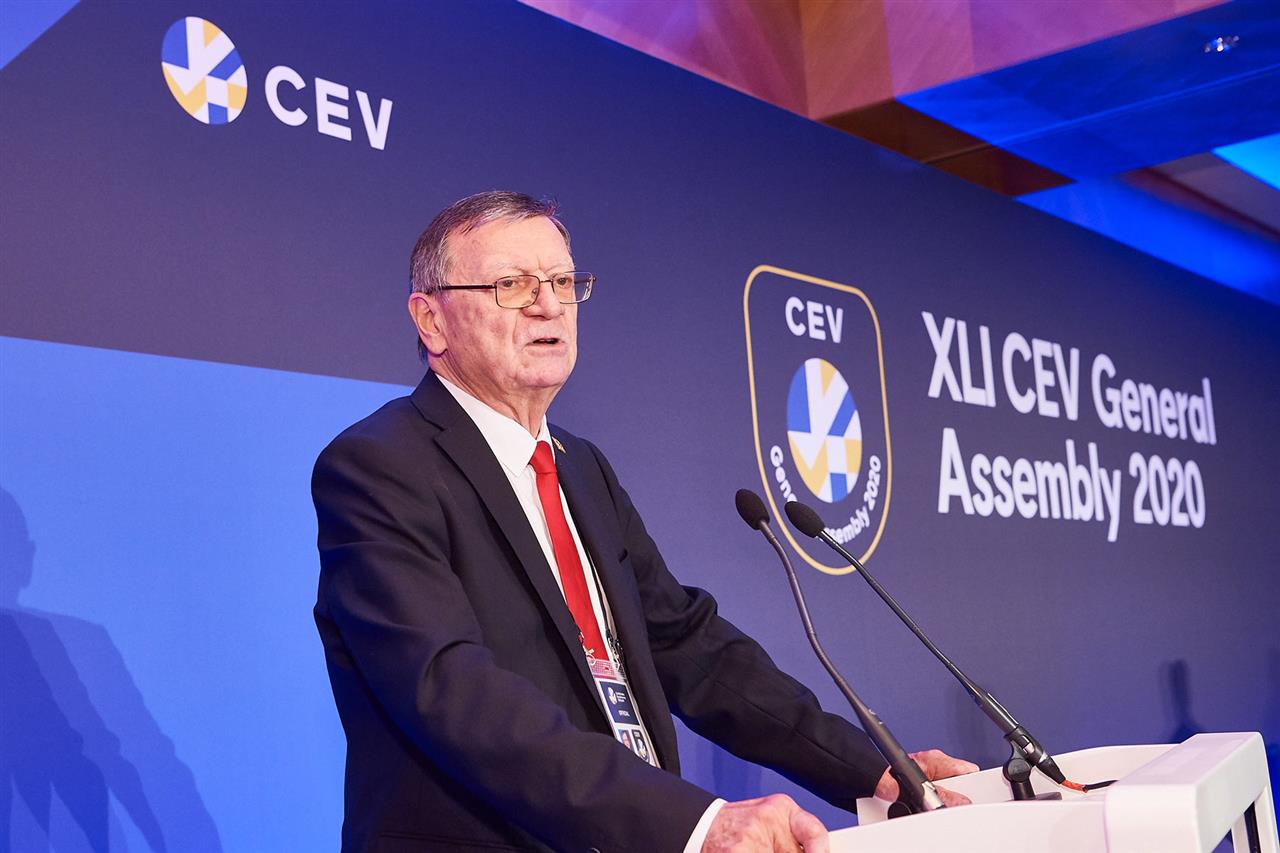 Moreover, the 2020 edition of EuroBeachVolley held in Jurmala, Latvia, accounted for the sole major highlight of a heavily disrupted Beach Volleyball season, and matches of the European Cups resumed in late September with the early rounds of the elite CEV Champions League.

The CEV is working closely with all other members of the European Team Sports Association (ETS) to make sure that sporting events can take place despite the many travel restrictions in place and that sport can keep its key social and economic role even in such difficult times.

As the re-elected CEV President emphasised in his closing address, as a sports institution, the CEV will continue to work hard to create opportunities for all stakeholders and make sure that investments in the sport remain the top priority – along with the safety and well-being of all people associated with Volleyball, Beach Volleyball and Snow Volleyball. 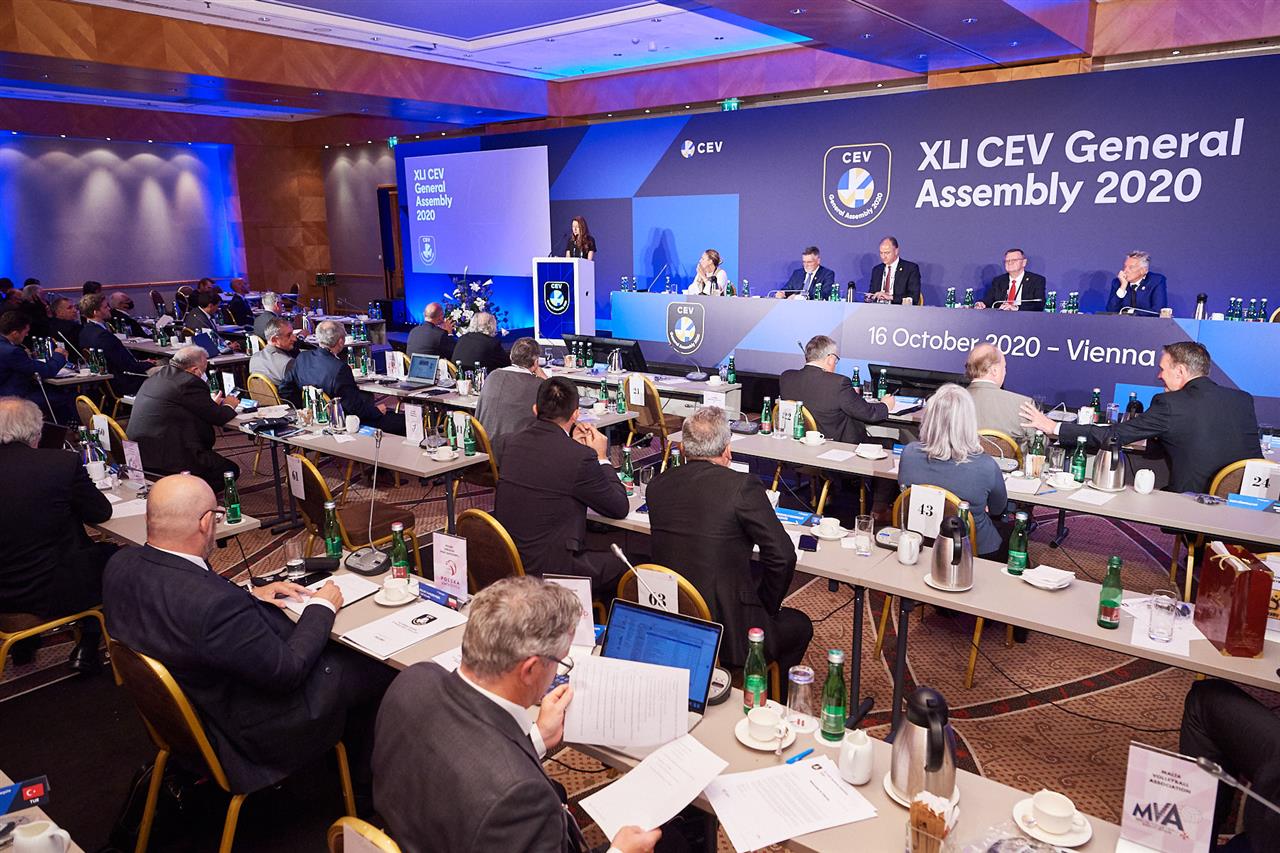 The fans can already look forward to the major events scheduled for 2021, with the respective EuroVolley organisers providing the attendees in Vienna with an update on their preparations for the Volleyball party that they will be hosting in the late summer of 2021. Poland, Czech Republic, Estonia and Finland will host the men’s event after Serbia, Bulgaria, Croatia and Romania welcome the top 24 women’s teams in Europe earlier in the summer.

Through the first in-person meeting in many months, the XLI General Assembly helped strengthen the sense of togetherness and solidarity that had already come to the fore through the many virtual conferences and calls organised since the outbreak of the pandemic. European Volleyball will continue to go from strength to strength and take on all of the challenges that lie ahead with passion, commitment and positive energy!

Click here for a comprehensive picture gallery of the XLI General Assembly.