With five teams contesting the competition, the 2021 edition of the Armenian women’s volleyball championship finished earlier this week – after three rounds held in May, September and November. It was a very close affair, with the eventual winners emerging only from the last match of Round 3 – with KhMOMM securing a 3-1 victory over Van to seize the title. Artsakh claimed third place – a very encouraging achievement for a team whose activities suffered very much because of the war that broke out last year in Nagorno-Karabakh. 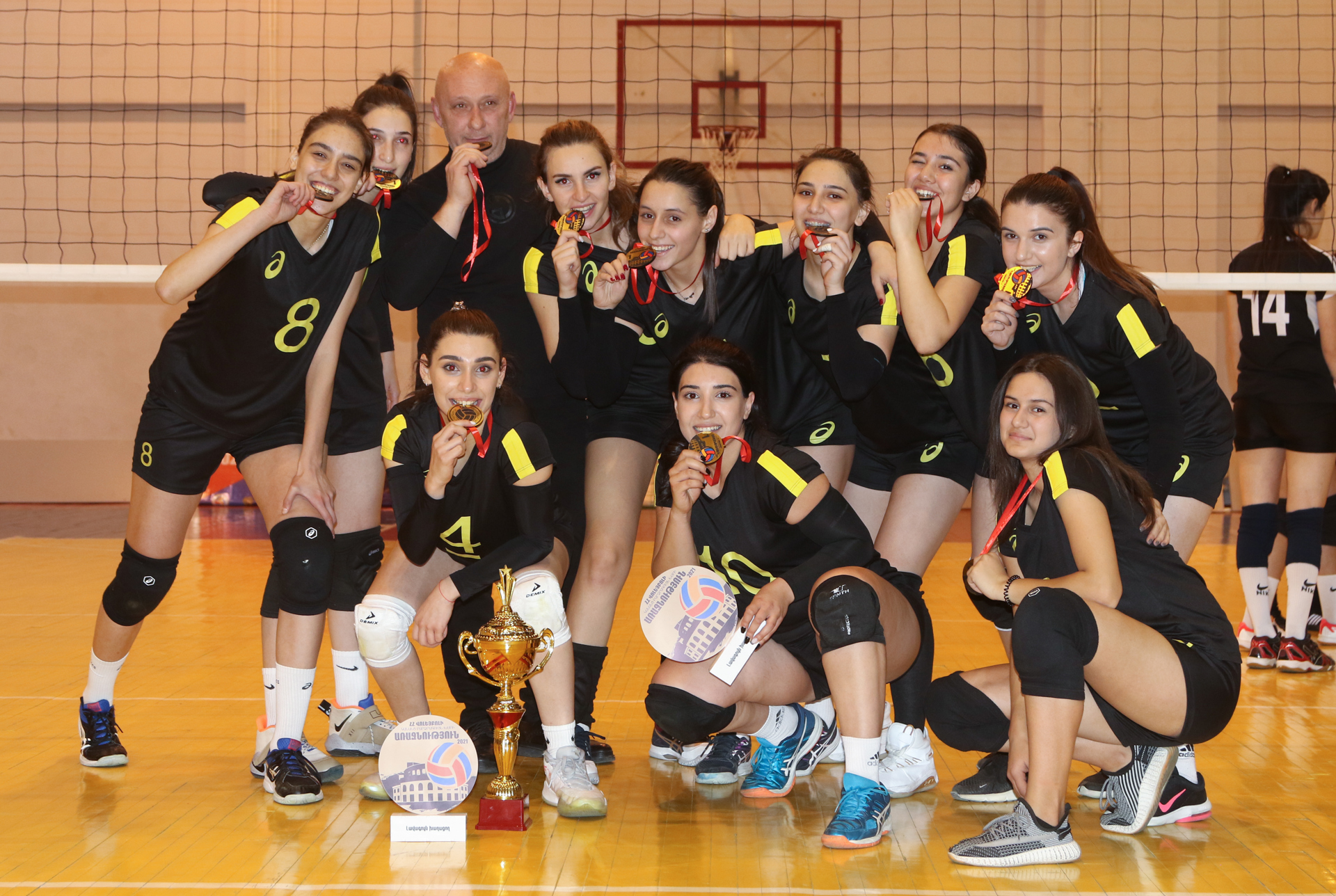 The President of the Volleyball Federation of Armenia, Hrachya Muradyan, presented the top three teams with diplomas, medals, cups and other special gifts. Trophies at stake at this year's Armenian national championship

In his speech, the VFA President stressed that the 2021 edition of the Armenian women’s national championship was the first ever to consist of as many as three rounds – thus providing players and teams with more opportunities to hone their skills and play the game for a much longer period over the course of the year.