More than 200 guests – including the President of Bulgaria, Mr Rumen Radev, FIVB President Dr Ary S. Graça F° and CEV President Aleksandar Boričić – attended the gala organised on Monday by the Bulgarian Volleyball Federation to celebrate 100 years since the introduction of the sport in the Balkan country. Other high-profile attendees were Bulgaria’s Minister of Sports, Ms Vesela Lecheva, a five-time world champion in shooting, and the President of the Bulgarian Olympic Committee, Ms Stefka Kostadinova, a 1996 Olympic champion and still the high jump world record holder. 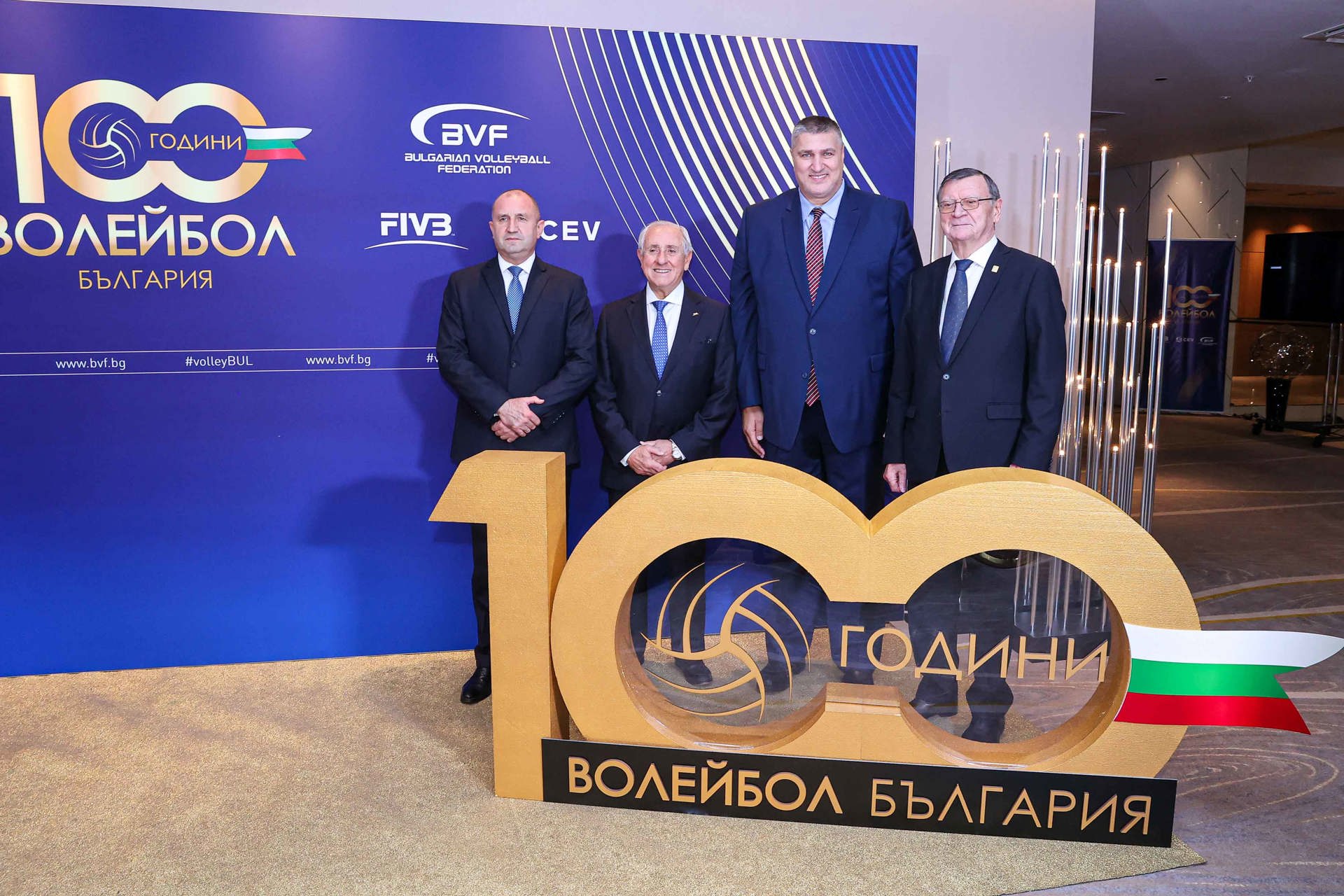 The President of Bulgaria, Mr Rumen Radev (left), portrayed together with the FIVB, BVF and CEV Presidents at the gala held in Sofia

Mr Radev, Dr Graça and Mr Boričić all congratulated the Bulgarian Volleyball family on such a great achievement. BVF President Lubomir Ganev, a former player and a household name in Bulgaria, reminded everyone that Volleyball is the most successful team sport for the Balkan country. 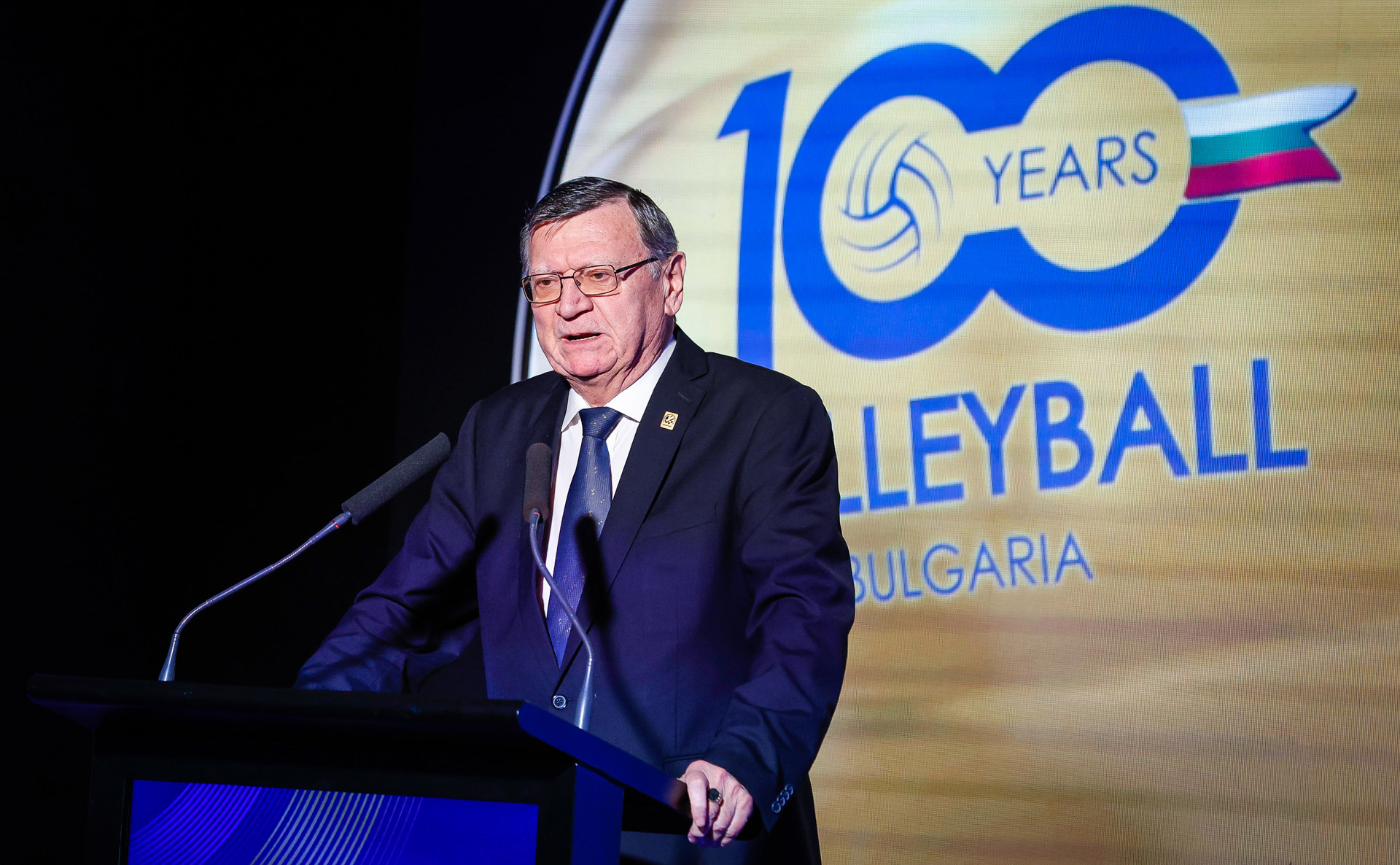 “These 100 years are some sort of an era for us. There have been dramas, wins, and historic moments. Throughout the years, Volleyball has become a lifestyle for millions of Bulgarians. Therefore, I feel a huge responsibility goes with being the BVF President at this historic moment."

The most famous and successful Bulgarian soccer player of all times, Hristo Stoichkov, sent a video message to mark the occasion.

The Bulgarian Volleyball Federation used this gala as an opportunity to announce the names of 88 Volleyball legends inducted into the Hall of Fame of Bulgarian Volleyball. To this date, the biggest success came when the men’s national team finished second at the Moscow 1980 Olympics, where the women’s team claimed a historic bronze. Moreover, Team Bulgaria won EuroVolley Women gold a year later, doing so on home soil. Back in 1991, Bulgaria won gold at the U21 Men’s World Championship in Cairo, Egypt, to account for the country’s only global title in any team sport. 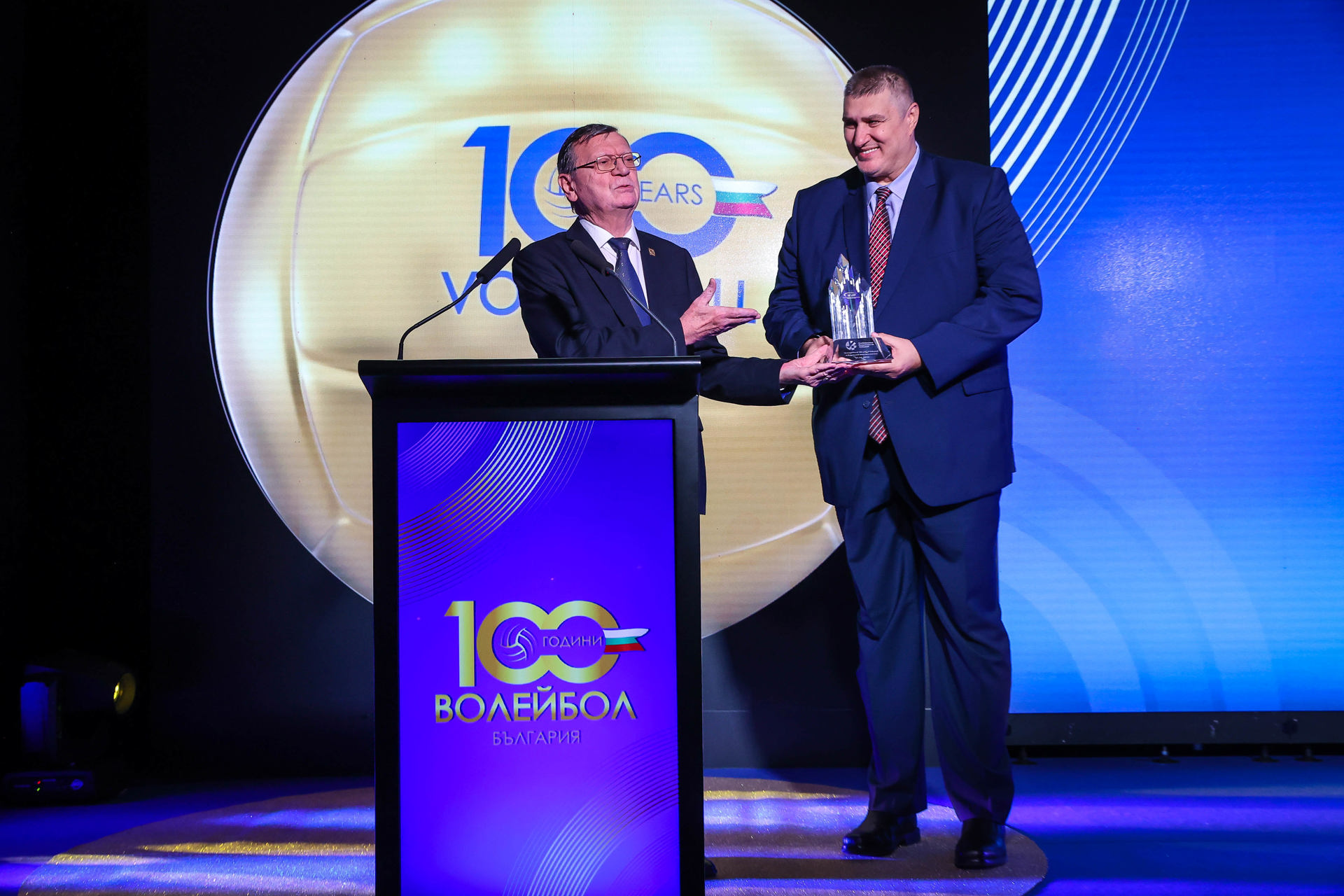 Only a few hundred metres away from the venue that hosted Monday’s gala, in 1957 an international Volleyball tournament took place at Vassil Levski stadium. The event paved the way for Volleyball’s addition to the Olympic programme – which followed at the 1964 Games in Tokyo, Japan.