Only a few hours after witnessing the successful delivery of the CEV EuroVolley 2023 Drawing of Lots held at the iconic Royal Palace of Naples, the members of the CEV Board of Administration reconvened in the very same city for their last plenary meeting of the year, with the discussions revolving primarily around an action plan designed to grow the sport even further across the whole of Europe. On Wednesday late afternoon, Naples had welcomed a large share of the European Volleyball family for a truly successful DOL – which kick-started the 2023 edition of CEV EuroVolley with a real bang, thus providing further testament to the ever-growing profile of this competition. The event was the result of hard work and a very close cooperation established between the CEV and the Italian Volleyball Federation – which invested much time as well as human and impressive financial resources in the professional delivery of a truly magnificent ceremony and show.

After well-deserved words of appraisal for all those involved in the Drawing of Lots, the CEV Board of Administration members looked ahead to the years to come – thus reviewing the first actions undertaken to develop the draft of a long-term strategic plan for European Volleyball through the involvement of all members and stakeholders within the Volleyball community. 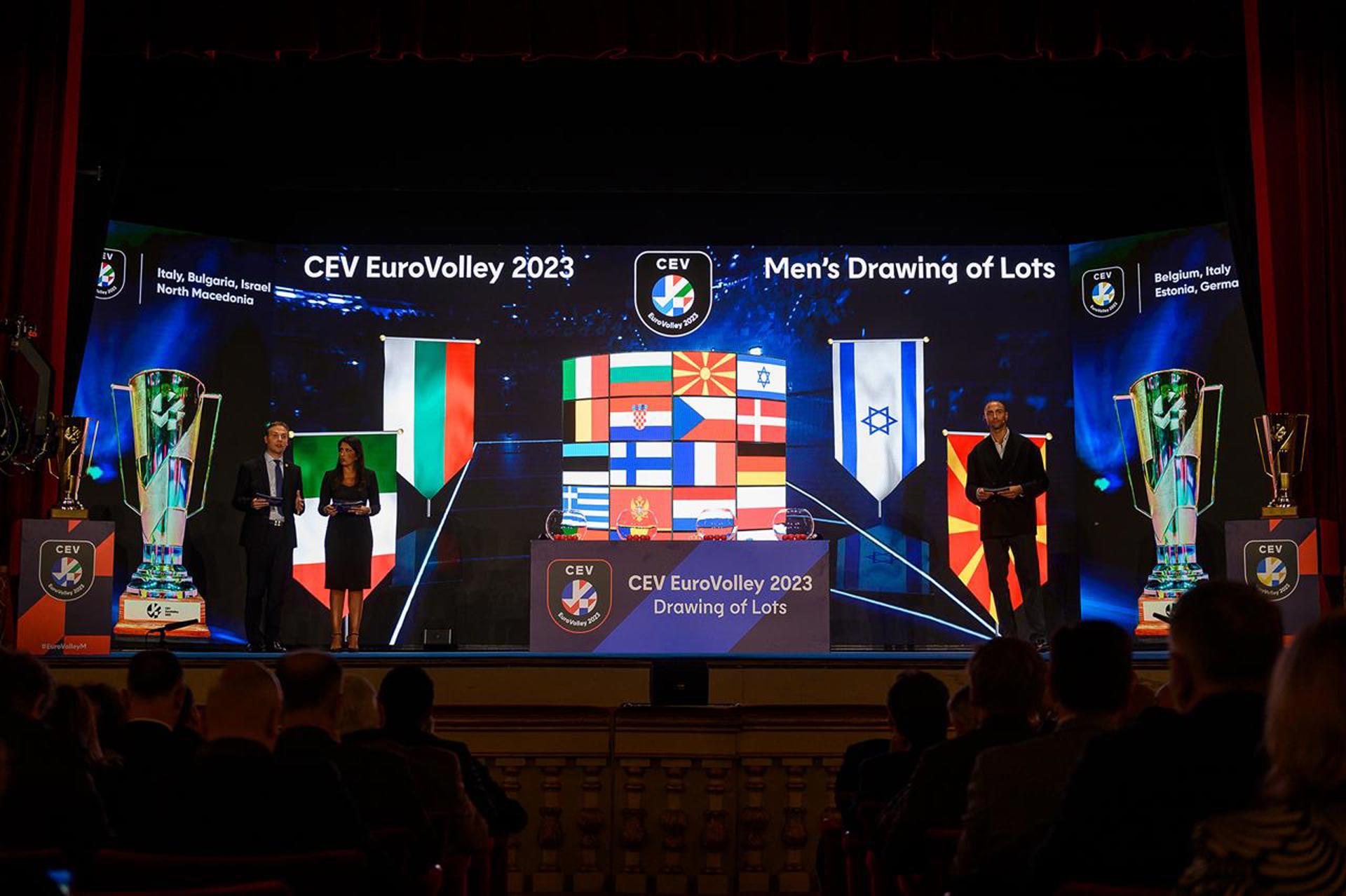 With less than two years to go to the Paris 2024 Olympics, the CEV Board of Administration agreed to merge the previously contested CEV Continental Cup and the newly introduced Beach Volley Nations Cup for 2023 and 2024 to provide the pathway whereby one country per gender will eventually secure a quota place for the Beach Volleyball competition of the next Olympic Games.

As far as Beach Volleyball is concerned, after the highly successful launch of the Nations Cup and the establishment of the Queen & King of the Court European Final in 2022, the next steps involve the introduction of a European Beach Volleyball Club competition – with a first trial / test event tentatively scheduled for the autumn of 2023. Moreover, the CEV Board of Administration confirmed the organisers of next year’s age-group Beach Volleyball European Championships as well as of EuroBeachVolley 2024 – further details on this shall follow in due course.

With the CEV EuroVolley 2023 DOL held on Wednesday night, the anticipation is already mounting for the following edition scheduled for 2025 – and the BoA has already appointed the first co-organisers for that event as well. The European Volleyball family will celebrate in 2023 the 50th anniversary of the CEV’s establishment. The Board discussed the organisation of a series of initiatives and events specifically designed to mark the CEV’s golden anniversary as such an occasion deserves.

As everyone could feel and sense just by watching the EuroVolley 2023 draw, European Volleyball continues to go from strength to strength and to cement its leading role on the international stage. The BoA members are confident that such a virtuous process will only continue as the CEV leadership emphasises the importance of a continuous dialogue with all stakeholders – starting with National Federations, their clubs, players, coaches, etc. – to grow the sport even further and increase its popularity, appeal, and marketability.