"The Netherlands is a good team with lots of tall players that spike high. Most of our teams know each other because they all play in Italy, same as us. I am looking forward to the match. " "The game tonight against Poland will be be good. Both team are quite tall so it will be a battle. I hope that we can play our best. "

Anne Buijs
Outside Hitter for The Netherlands

Team Poland in the huddle

Team Poland with the win

Poland defeat Netherlands to reserve a spot in Apeldoorn semis

Poland achieved a 3-1 (25-20, 25-23, 23-25, 25-23) victory over the Netherlands to join the home side into the semifinals of the continental Olympic qualification tournament in Apeldoorn. With a game at hand, the Poles topped the current Pool A standings on a 2-0 win-loss record, followed by the Dutch, who finished the pool stage on 2-1. Poland had the lead for the most part of the first set, outscoring the opponents on all counts. The Dutch caught up several times, but after 20-20, Agnieszka Kakolewska in blocking and spiking and Magdalena Stysiak from the serving line ruled on the court before Natalia Medrzyk attacked successfully for a 25-20 win.

Malwina Smarzek-Godek was on fire in the hard-fought second set to score a total of nine points, including two blocks, towards the 25-23 close, which she shaped up with a successful spike for the last point. The Netherlands stormed to an early 5-0 lead in the third set, which Poland immediately wiped out over the next five rallies. As the home side did great in blocking and the Poles made way too many unforced errors, similar patterns repeated several times throughout the set with Poland even stepping upfront at 21-20 and 22-21.

At the end, however, the Dutch won the set at 25-23 on a kill block by Yvon Belien. The Netherlands had the lead throughout the first half of the fourth set, but Poland took over throughout the second half. Smarzek was back to her high-scoring mode and firing one point after another, she went on to kill the match winner at 25-23. With 25 points to her name, Smarzek became the top scorer of the game.

The number of successful point winning blocks of THE NETHERLANDS compared to POLAND.

THE NETHERLANDS number of service aces compared to POLAND

Errors leading to points of THE NETHERLANDS, next to those from POLAND

" A lot of people before the game, said that us or The Netherlands didn't have to try or we can already look forward to the group or blah blah blah. I think not because it was a really nice and emotional game. And I think in this tournament if we want to play in the Olympic Games we have to play with everyone, doesn't matter if its Germany, Turkey, or whoever. " 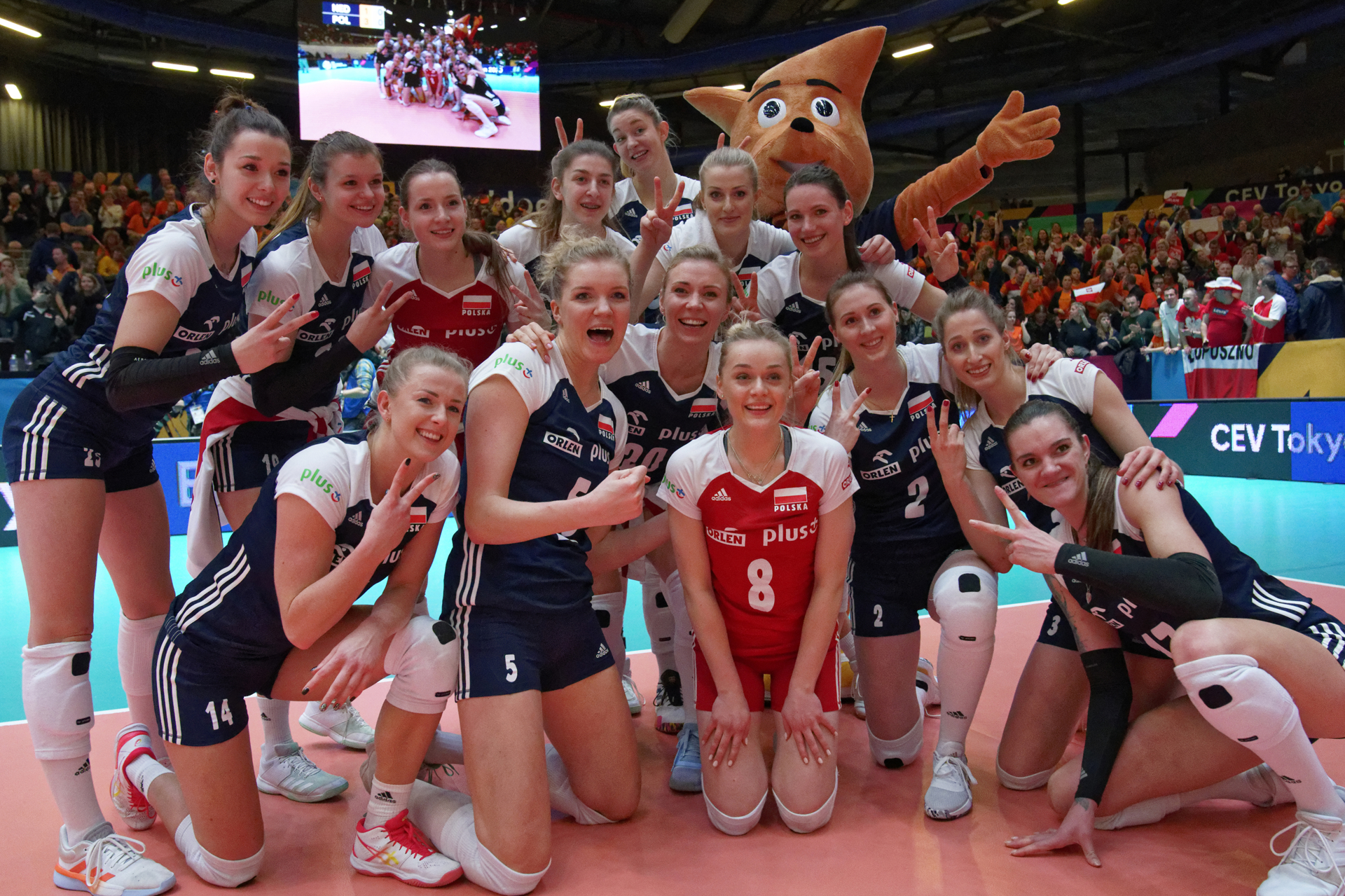