Max-Schmeling-Halle ready for the game

Team Germany during a time-out

German fans at the Max-Schmeling-Halle

Team Germany after the match

Team Germany after the match

Germany on to big match for Tokyo ticket!

Germany will face France in Friday’s crucial match that will send its winner to the 2020 Olympic Games in Tokyo. In the second semifinal of the European qualification tournament in Berlin, the Germans capitalised on the great support of the home crowd to put a stop on Bulgaria’s winning streak with a 3-1 (25-20, 25-23, 20-25, 25-23) defeat.

Ruling at the net, in both attacking and blocking, Germany prevailed throughout the first set. Denys Kaliberda was the man of the set delivering three spikes and three stuffs towards the win, which setter Lukas Kampa fixed at 25-20, surprising the Bulgarians with a hit on second touch for the last point.

As the second set started unfolding in favour of the Germans leading to a gap as wide as seven points, Bulgaria’s coach Silvano Prandi made some changes to his line-up and the team almost caught up in the money time. Andrea Giani’s boys, however, held up and Tobias Krick hit through the middle for the 25-23 win that gave the Germans a two-set lead in the match.

The third set was very competitive through 18-18, but then Bulgaria scored four times in a row to run off with a 22-18 lead and never looked back. Tsvetan Sokolov found a clever way to finish the set with an elegant off-the-block hit for 25-20.

The fierce battle continued throughout the fourth set as well. What made the big difference were Krick’s fantastic blocks and the prolific spiking of Christian Fromm. But when it mattered the most, at the back end of a double German match point, it was Gyorgy Grozer who took the responsibility to spike the winner and close it off at 25-23. Grozer was his team’s best scorer of the match with 17 points to his name, one short of Bulgaria’s Sokolov.

The number of successful point winning blocks of BULGARIA compared to GERMANY.

Errors leading to points of BULGARIA, next to those from GERMANY 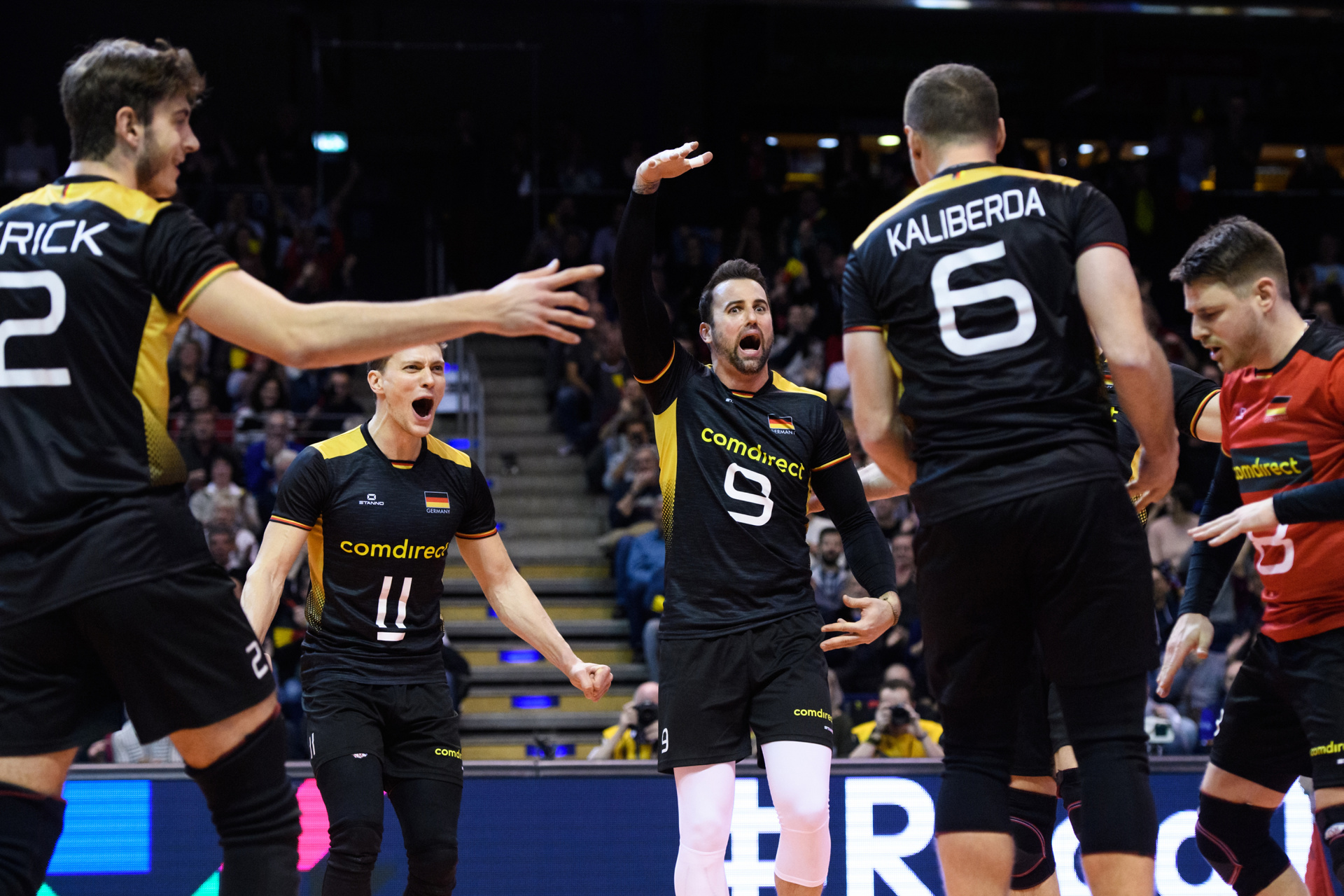 Andrea Giani, Coach of Germany: “We are very very happy, because the match was so difficult with the Bulgarians. But I think, what I like so much was the focus with all the guys, because to could win this kind of match we need all the players. And every guy that entered changed it, one point or two points. And I love this, because the team played as a squad. And the focus is the same for all guys. The big players for example, with Georg and the younger, they have the same focus. I love this.”

Lukas Kampa, Captain of Germany about match: “I am very very happy about the start today. The way we shaped the first two sets, that we worked for this lead, because I believe that was very very important. In the game you could feel that, when the Bulgarians were close, it was extremely difficult to shake them off, because they just always have people that can start runs through services. That’s why, when we had bagged the second set, you could feel that, okay, now it’s a bit easier to play, although it wasn’t easy of course! Then we lost the third set, but that’s a different starting position and we worked hard for it. That’s probably what made me the happiest today.”