The semi-final encounter between two EuroVolley co-hosts - Poland and Turkey promises to be a thrilling battle. Poland have reached the top four for the first time since 2009, when the took bronze. It was also the last medal for the Polish women's national team at a major international tournament. On the other hand, the "Sultans of the Net" demonstrated their power by smashing the Netherlands in the quarterfinals and looking forward to play in front of their passionate and raucous home crowd, all dreaming of their first ever European crown. In 2003, also in Ankara, these teams fought for the gold in European Championship, back then Poland emerged victorious.

Teams are on the court · Turkey and Poland will face each other for the third time at European championships.
· Poland won the final against Turkey in 2003 (3-0) and Turkey beat Poland in the qualification match for the quarter-finals in 2017 (3-1).
· Turkey are on a four-match winning streak versus Poland in major competitions since their last defeat in the preliminary round at the European Games in 2015. Turkey then won the final against Poland at those Games.
· The most recent match between Turkey and Poland was in the 2019 FIVB Volleyball Nations League. Turkey won 3-2 after Poland had taken a 2-0 lead in this match. Ebrar Karakurt scored 30 points for Turkey in this match.

· Turkey have reached the European championship semi-finals for the fifth time. They won their first semi-final, in 2003, but suffered defeats in their next three semi-final appearances, in 2011, 2015 and 2017.
· Turkey hope to win the European championship for the first time. Their best result was a second-place finish in 2003.
· Turkey reached the semi-final stage in the 2018 and 2019 Volleyball Nations League seasons. They won their match in 2018, but lost in 2019. Brazil were the opponents on both occasions.
· Turkey's six wins at the 2019 European Championship are already the most for the country in a single edition of the tournament.
· Hande Baladin (16 points) was Turkey's top scorer in their 3-0 victory against Netherlands in the quarter-finals.
· Eda Erdem Dündar was Turkey's top scorer in four of their other six matches this tournament.

· Poland have reached the European championship semi-finals for the first time since they reached this stage in four editions in a row from 2003 to 2009.
· Poland won their semi-final match in 2003 and 2005, when they also won their two European trophies. They lost their semi-finals in 2007 and 2009.
· Poland (6) can win seven matches at a single European championship for the first time since 2005 (7 wins).
· Magdalena Stysiak (22 points, including 5 aces) and Malwina Smarzek-Godek (21) were Poland's top scorers in their quarter-final win against Germany. 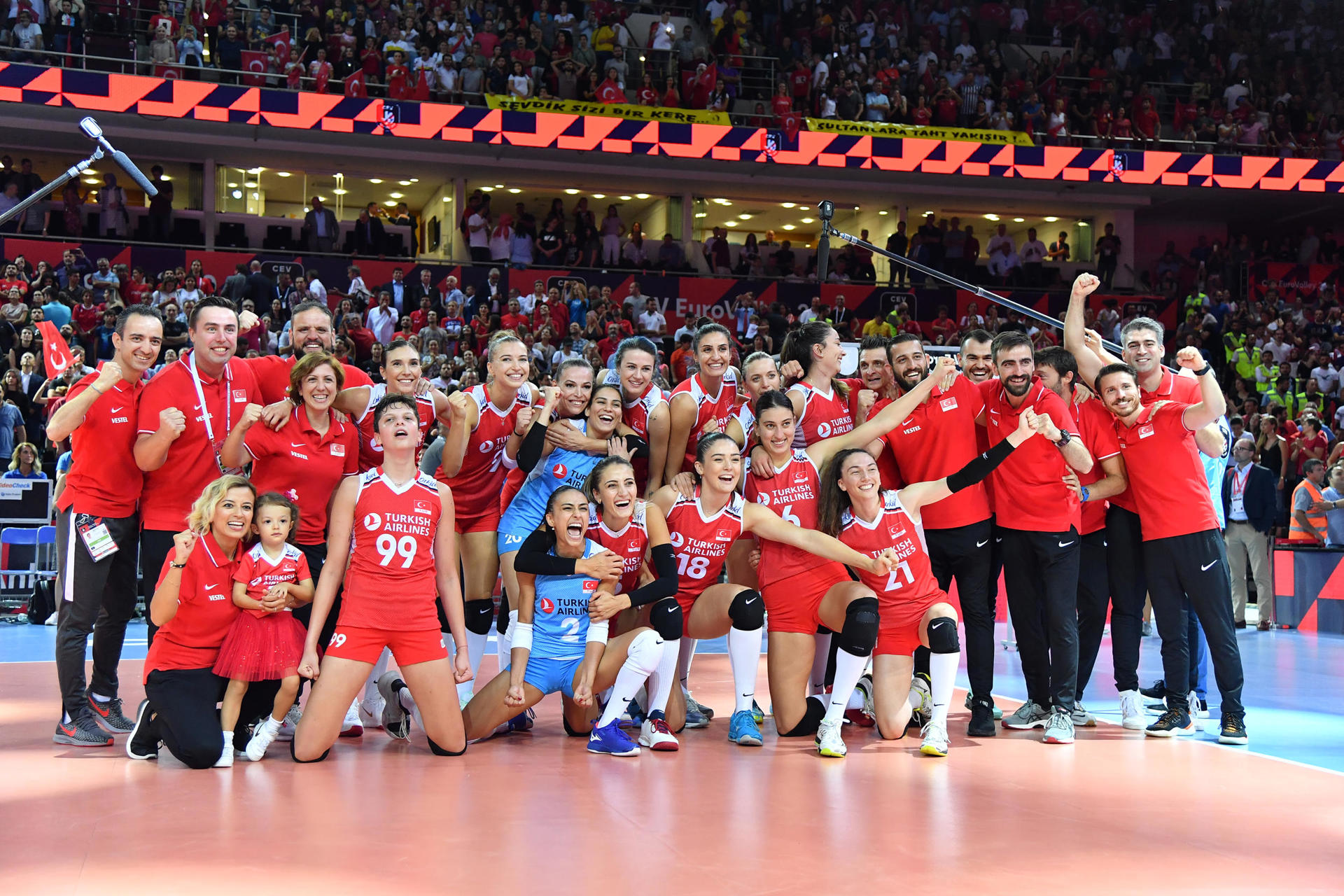 Turkey beat Poland 3-1 to reach the EuroVolley gold medal match for the second time in their history. The hosts will be playing against title-holders Serbia in a repeat of a Pool A match – which went Serbia’s way (3-1). As many as 12,000 fans attended the match – thus equalling the EuroVolley record set in the quarterfinal fixture against the Netherlands.

After 16 years, Turkey made amends for the 0-3 loss they suffered at the hands of Poland in the gold medal match of the 2003 edition – which took place in Ankara as well.

Again, Eda Erdem Dündar was the top scorer for Turkey with a tally of 19 points – as Hande Baladin and Kübra Akman recorded 16 and 12, respectively. Turkey out-blocked Poland 15 to 5.

The result accounts for Turkey’s fifth win in a row over Poland in major competitions since the ‘Sultans of the Net’ lost to the White-and-Reds in the pool stage of the Baku 2015 European Games.

The number of successful point winning blocks of TURKEY compared to POLAND.

Errors leading to points of TURKEY, next to those from POLAND

Kübra Akman, player of Turkey: “Of course, we are very happy to be in the final. It was a dream day with both our audience and our own performance. We made some mistakes in the third set, but we knew how to make up for these. We are very happy. Many thanks to all the supporters!

Tomorrow we expect such an atmosphere again. It will be a much harder match than this one but we will be ready for it. We made it happen today and I hope we can do the same tomorrow and become European champions on home soil.”

“Today Turkey played a very good game. Eda Erdem Dündar was great. Turkey were better than us – and they did so in every aspect of the game. Our team played the best they can. We are very happy with playing the semi in Ankara, in such an arena. The match with Italy will be a great challenge. Italy have a very complete and strong team. We will fight for every ball.”