The two central European neighbours meet on day two of Pool B competition, after Slovakia snatched a hard-fought five-set victory over Spain and Austria lost to hosts Belgium in straight sets on day one. In the qualifications, Slovakia won Pool C, while Austria finished second in Pool D, behind Portugal. 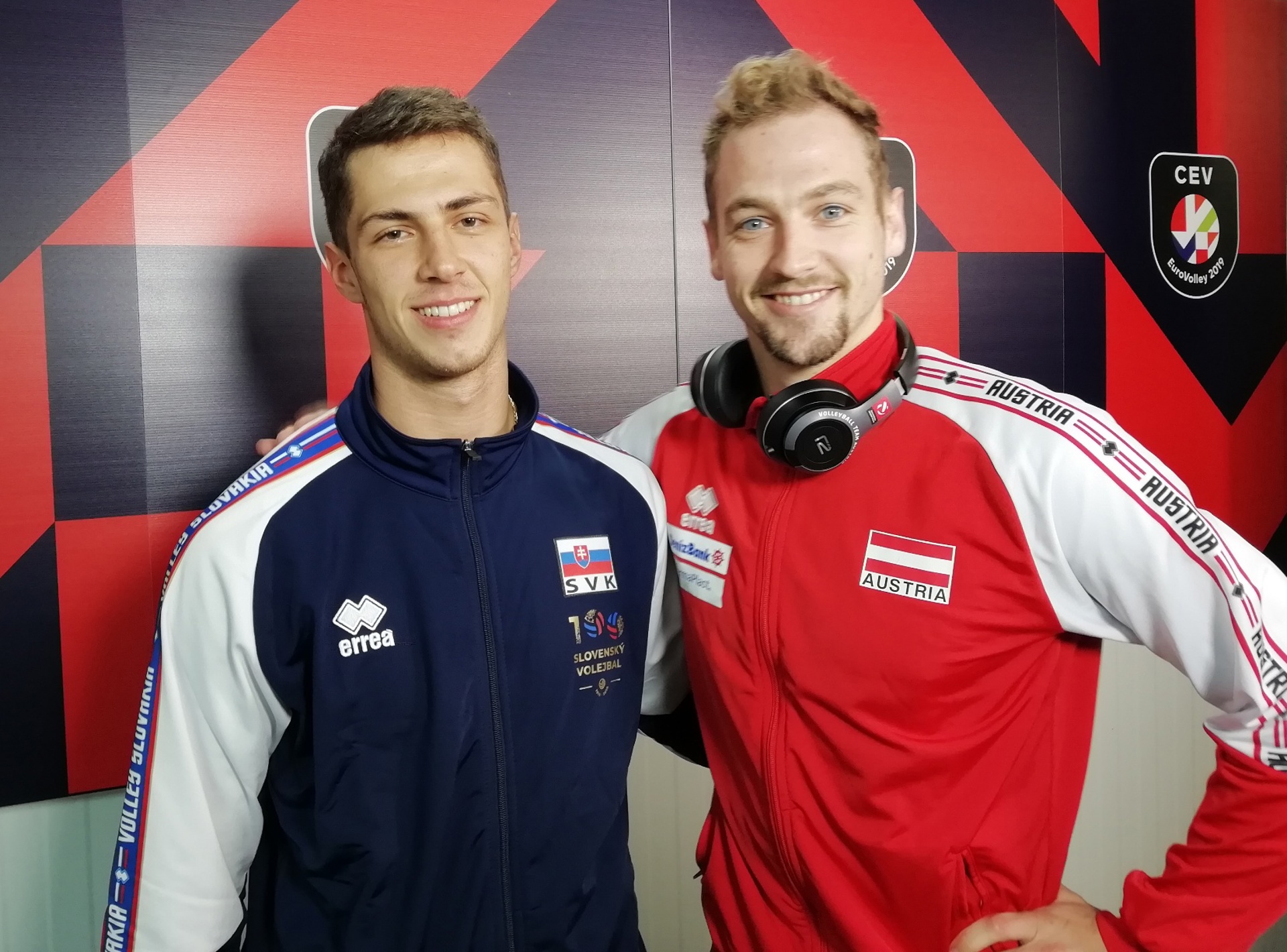 Firkal (SVK) and Berger (AUT) before the game

“Yesterday’s game was very tough for us. Now we are prepared for the game against Austria and hope to achieve another win.”

Julius Firkal
Outside spiker of Slovakia

“Playing against the host country was really difficult and they were the better team, but we have prepared well for the game against Slovakia today and hope to come up with our first win.”

Alexander Berger
Outside spiker of Austria

Fantastic Austrian crowd on the stands

Slovak players celebrate with their fans 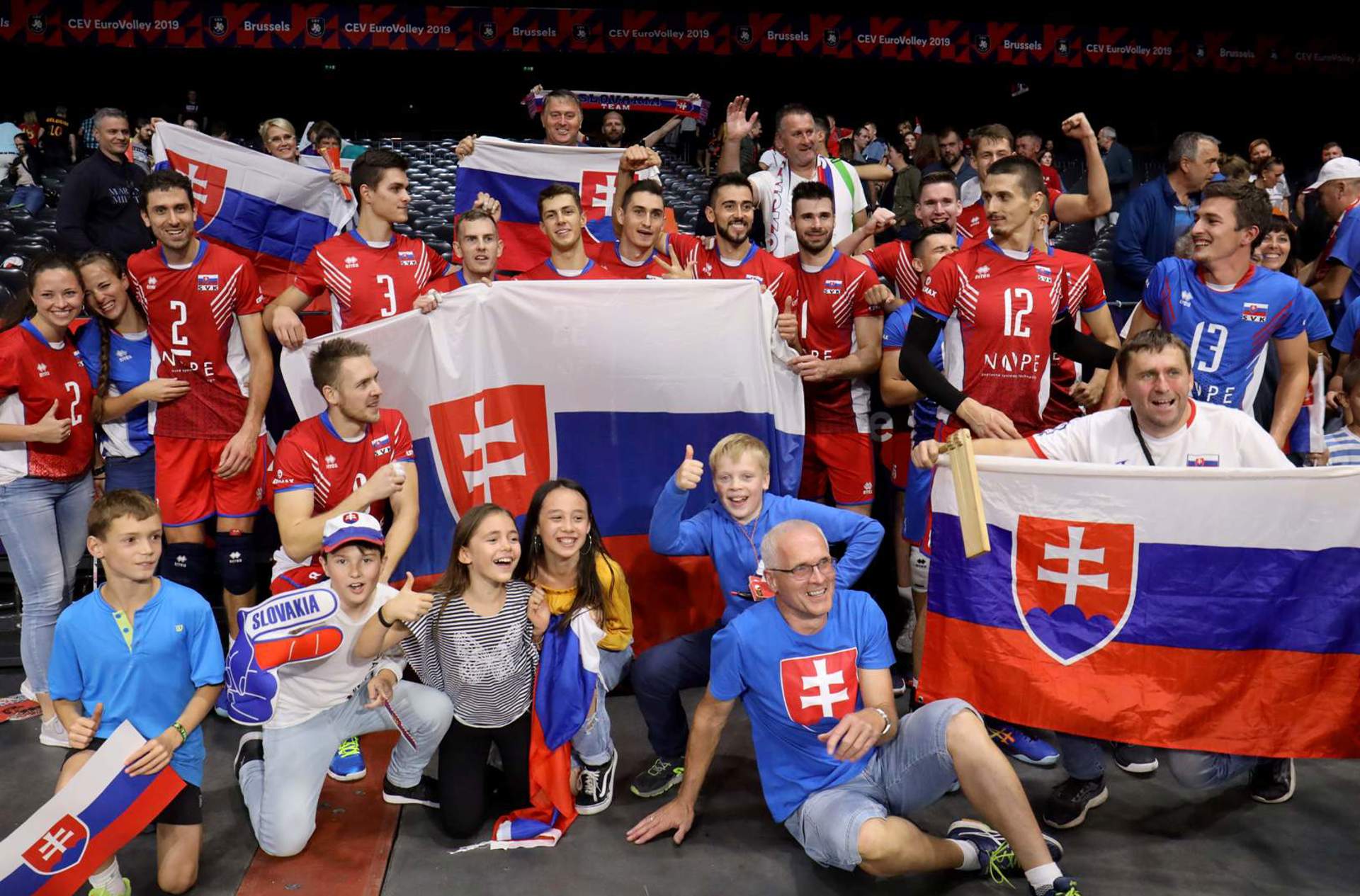 Slovakia clearly stated their intentions of making the next round of EuroVolley by stamping their second victory in Pool B. They came back from a set down against Austria to win in four and stand undefeated after the second competition day in Brussels.

The first set was very competitive through 18-17 Slovakia’s way, when Austria scored seven in a row, with Maximilian Thaller serving, to reach set point and, two rallies down the road, claim the set. In the next three sets, Slovakia’s playmaker Juraj Zatko and opposite Peter Michalovic delivered the fuel that powered their team on the U-turn towards a 3-1 success.

Capitalising on Zatko’s magic touch, Michalovic once again stormed to the top of the scorers’ chart of the match, putting away 26 points, including the spike that stopped the clocks at the end of the fourth set. Thomas Zass was Austria’s best scorer on 19 points.

The number of successful point winning blocks of SLOVAKIA compared to AUSTRIA.

Errors leading to points of SLOVAKIA, next to those from AUSTRIA

“We didn’t start very well, but after the first set we were able to change our game. This was a special game, because there’s great rivalry between our two teams since some of our players play in Austria. So we had to make sure to win. Moreover, our women’s team put some pressure on us by reaching the eighthfinals two weeks ago in the women’s EuroVolley. Tomorrow we’re not the favourites against Serbia, but we can play without pressure.”

“We had a very good start, but from the second set on, Slovakia raised their level and we couldn’t control their opposite Michalovic anymore. Tomorrow I expect a very tough game against Germany. They arrived at this tournament with very high expectations, but after two losses, they are in trouble. Yet, if they play at their best, they’re one of top favourites for the gold.”