Team France came through their pool in Montpellier with relative comfort.  Whilst "Les Blues" were pushed hard by the likes of Italy and Bulgaria they were able to rotate their squad and still keep their 100% record.  Finland on the other hand took their fate right to the wire, securing their place in the 1/8 Finals with a tie-break win over Turkey on the final day.  With the eventual winner set to take on the team emerging from EF2 (Italy or Turkey) on Sunday, all eyes will be on Nantes this weekend.

"I don't know the team of Finland at all. It's definitely great to play in front of my family and friends given that I'm from the area but I still have a sore back so we'll see if I can play with it." 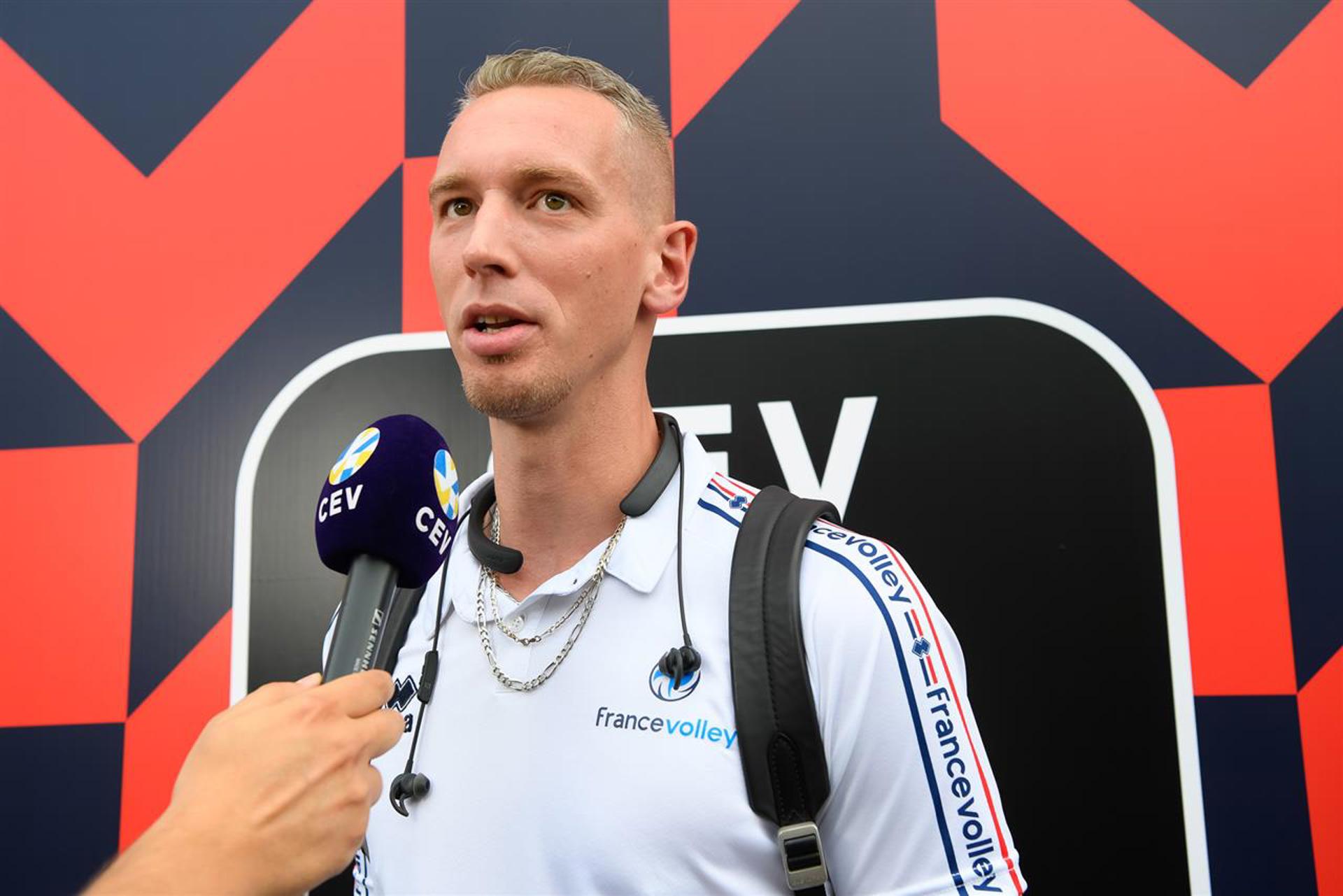 "We're excited to be here. We're playing better game after game and if we have a chance to beat France, it's definitely thanks to our team spirit. Whenever we score, whenever we lose, it's always together." 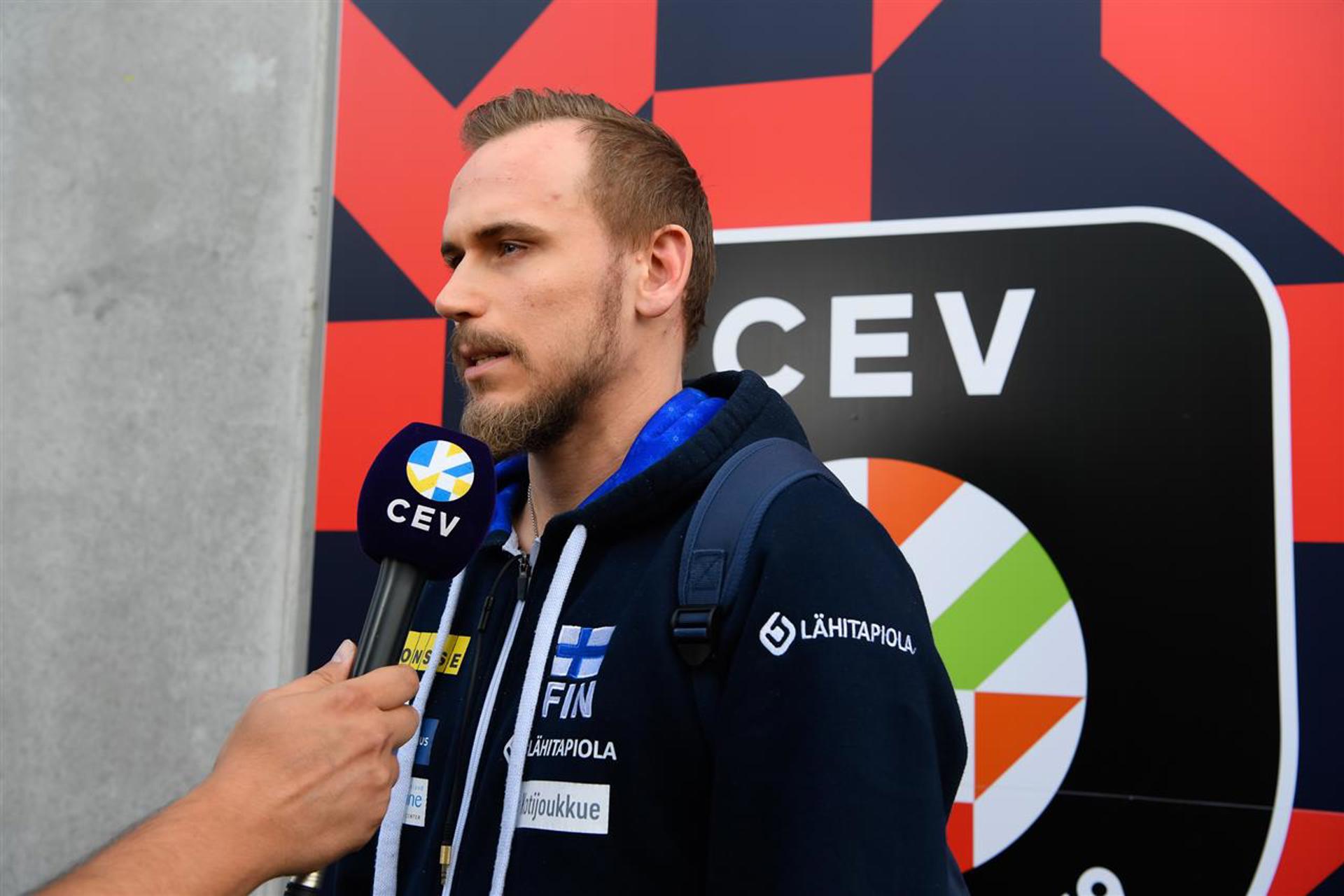 France
· France are aiming for their eighth EuroVolley podium finish and their second European title after 2015.
· Co-hosts France won all their five group stage matches in this year's European Championship. They only dropped one set, in their final fixture against Italy on 18 September (3-1 win).
· The last team to claim the European title with a maximum of one lost set was the Netherlands in 1997. Only Yugoslavia avoided a straight-set defeat against Holland that campaign (3-1 loss in the final).
· On 12 September, France recorded a 3-0 group stage win in their opener against Greece to claim their 100th European championship victory. They became the sixth side to reach this landmark.
· Stephen Boyer has scored 89 points for France in this year's EuroVolley final round, at least 33 more than any of his teammates (Julien Lyneel has piled up 56 points).
· Boyer was France's top scorer in three of their five group stage matches. Lyneel and Earvin Ngapeth both claimed top scoring honours once.

Finland
· Finland are hoping to claim their first ever podium spot in the European Championship. In 2007, they missed out on a medal as Serbia proved too strong in the third-place decider (3-1 loss).
· Finland can reach the European Championship quarter-finals for the first time since 2013, when they were eliminated by Italy (3-1 loss).
· Finland beat North Macedonia (3-1) and Turkey (3-2) in this year's group phase. They can claim more than two wins in a single edition of the European Championship for the first time since 2007 (W4-L4).
· Urpo Sivula (55) and Tommi Siirilä (52) are Finland's leading scorers in this year's competition. The last player to score more points for Finland in the final round of a single edition was Olli-Pekka Ojansivu (62) in 2015.
· Only Siarhei Busel (13) from Belarus and North Macedonia's Risto Nikolov (13) scored more points from blocks in Pool C than Siirilä (12).

France easily defeated Finland in three sets despite being behind most of the second. That is when the Finnish made a pleasant display of their analysing and blocking skills. But Tillie’s men were much too strong for this matchup. Note that the French coach opted for Ngapeth and his son to fill the spots of outside hitters, as excellent-during-the-pool-phase Lyneel sat on the bench.

Hall XXL Nantes welcomed Team France as it should, with a wave that went on for no fewer than thirty laps to start the third set! Les Bleus will have to wait until tomorrow to know the identity of their opponents for the quarterfinals which will occur on Tuesday at 8:45pm in the same exhilarating atmosphere in Nantes.

The number of successful point winning blocks of FRANCE compared to FINLAND.

Errors leading to points of FRANCE, next to those from FINLAND

"It's wonderful to play in such an atmosphere of course, it's the first time that we have that in France. But the real match will be next Tuesday, so hopefully the crowd will be even able to top itself, even though it was incredible tonight." 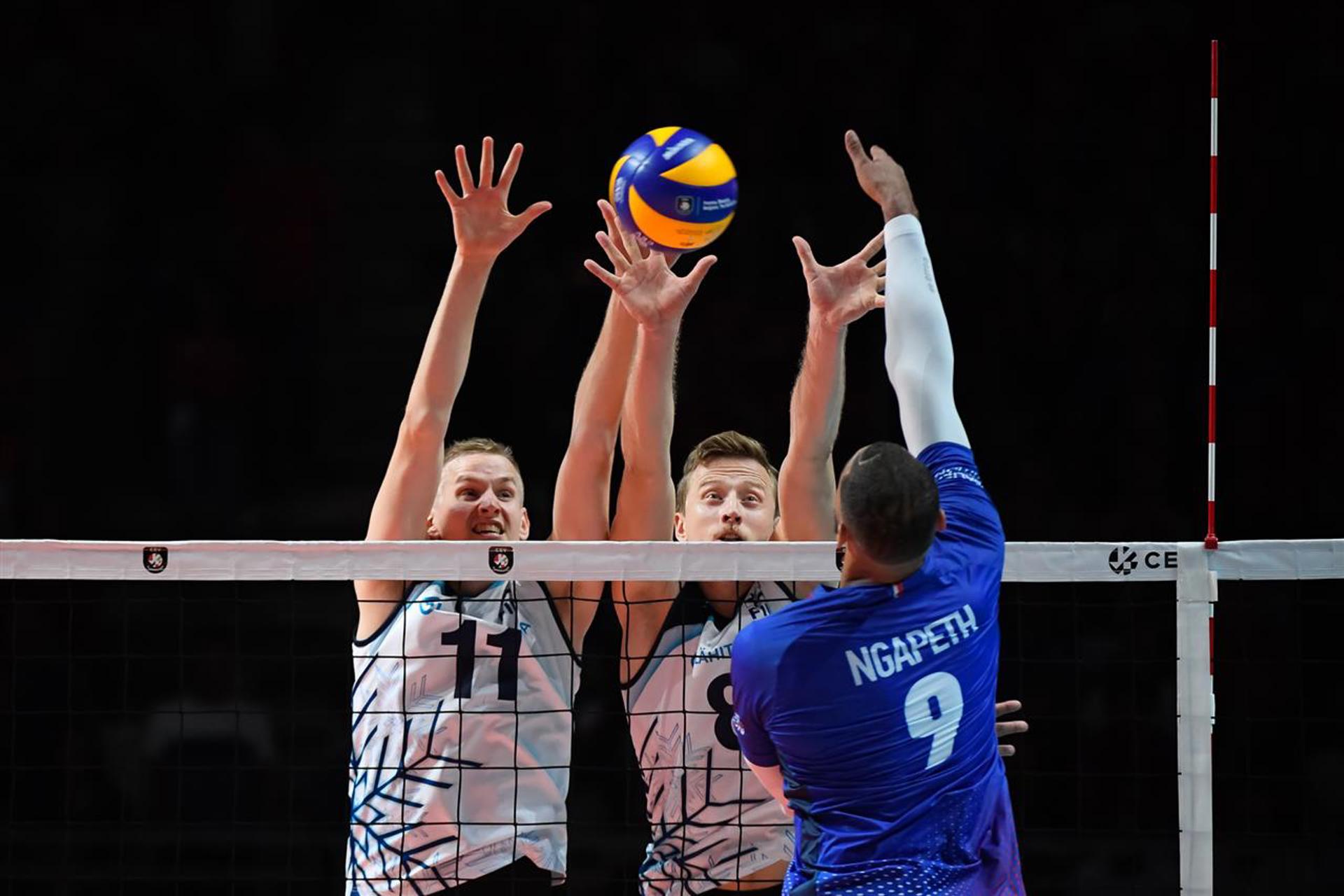 "We lost the reception/pass battle, and we cannot win in these conditions. Reaching the quarterfinals was our main goal but we may have been able to go further." 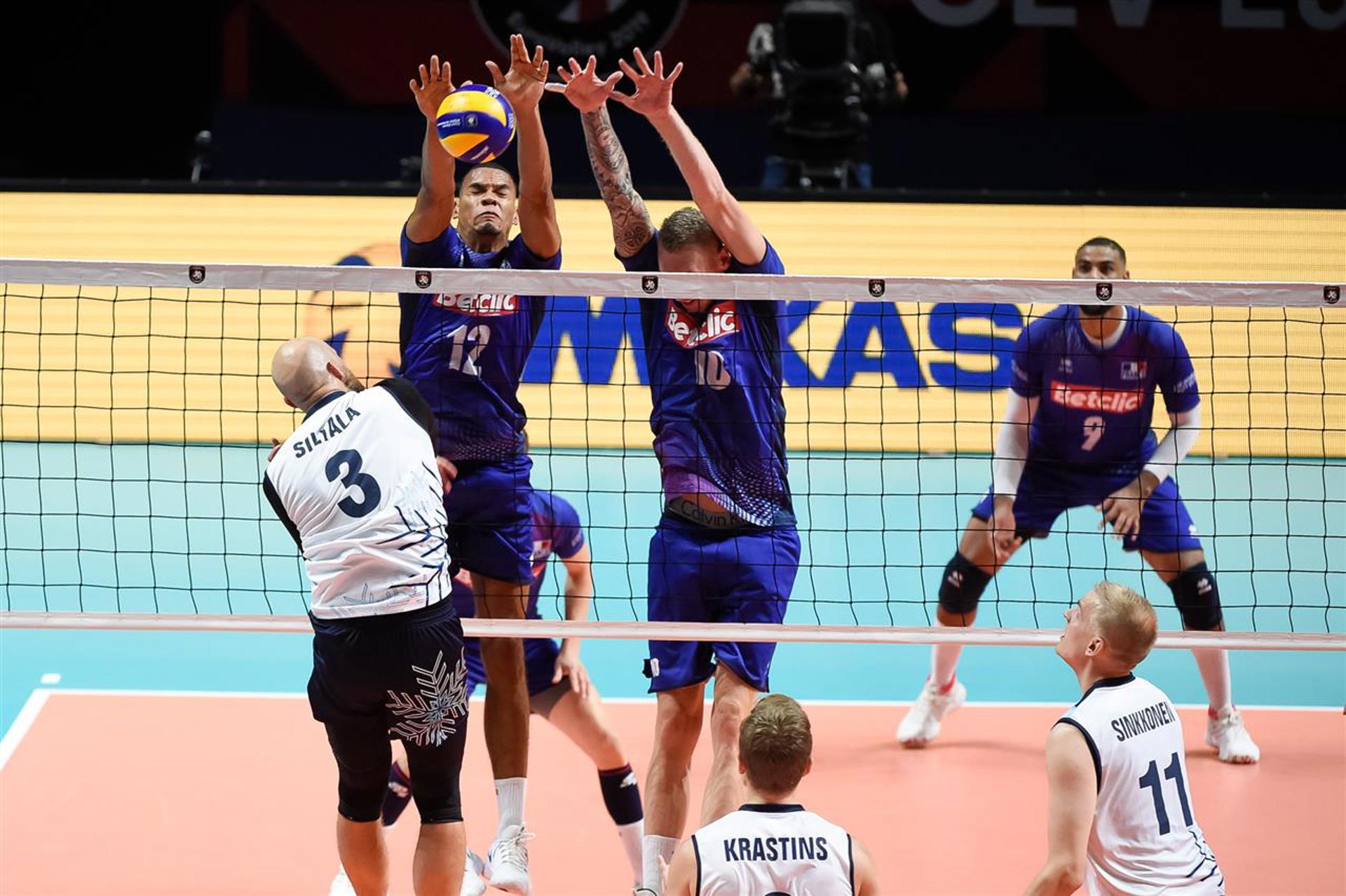