"We already won against them, so I'm excited to play them again. They didn't start so well in the tournament, but they have improved a lot. I'm excited for the match."

Joust at the net

Turkey Tokyo-bound after shutting out Germany in Apeldoorn final

Article
Turkey can start packing for their second participation in the Olympic Games. Coach Giovanni Guidetti’s squad prevailed over Germany in the final of the continental Olympic qualifier in Apeldoorn, mastering a 3-0 (25-17, 25-19, 25-22) victory to book their ticket to Tokyo 2020. Showing no signs of fatigue from the exhausting five-set semifinal they played the night before, Turkey stormed into the first set on a 7-2 run. With Hande Baladin on fire at the net and Zehra Gunes at 100% in the first-tempo attacks, the Turks left Germany no chance of coming back and expanded their lead to a convincing 25-17 ending. Baladin scored the winner with a strong shot off the opponent’s block.
The second set was way more competitive and, although Turkish captain Eda Erdem Dundar showed great performances from the serving line and was impeccable in offence, the Germans managed to stay close behind in the score for the most part. After coach Felix Koslowski’s team came back to within a point at 20-19, the Turks reacted with five in a row on the serving turn of Meryem Boz and Eda Erdem’s kill block stopped the clocks at 25-19.
With their backs against the wall, the Germans committed far too many mistakes in the third set. Despite Louisa Lippmann’s powerful attacks that brought in seven points and Marie Shoelzel’s three stuffs, the Turks kept the edge. Still, after two aces in a row by Hanna Orthmann, the score was level at 22-22. Luck was also on Turkey’s side when Naz Aydemir Akyol’s serve tipped the net and fell on the German side to deliver match point. Meliha Ismailoglu put the ball away to convert it to 25-22 and a 3-0 victory. Turkey’s Hande Baladin was the best scorer of the match with 18 points to her name, followed by Germany’s Louisa Lippmann with 17.
Read more

The number of successful point winning blocks of TURKEY compared to GERMANY.

Errors leading to points of TURKEY, next to those from GERMANY 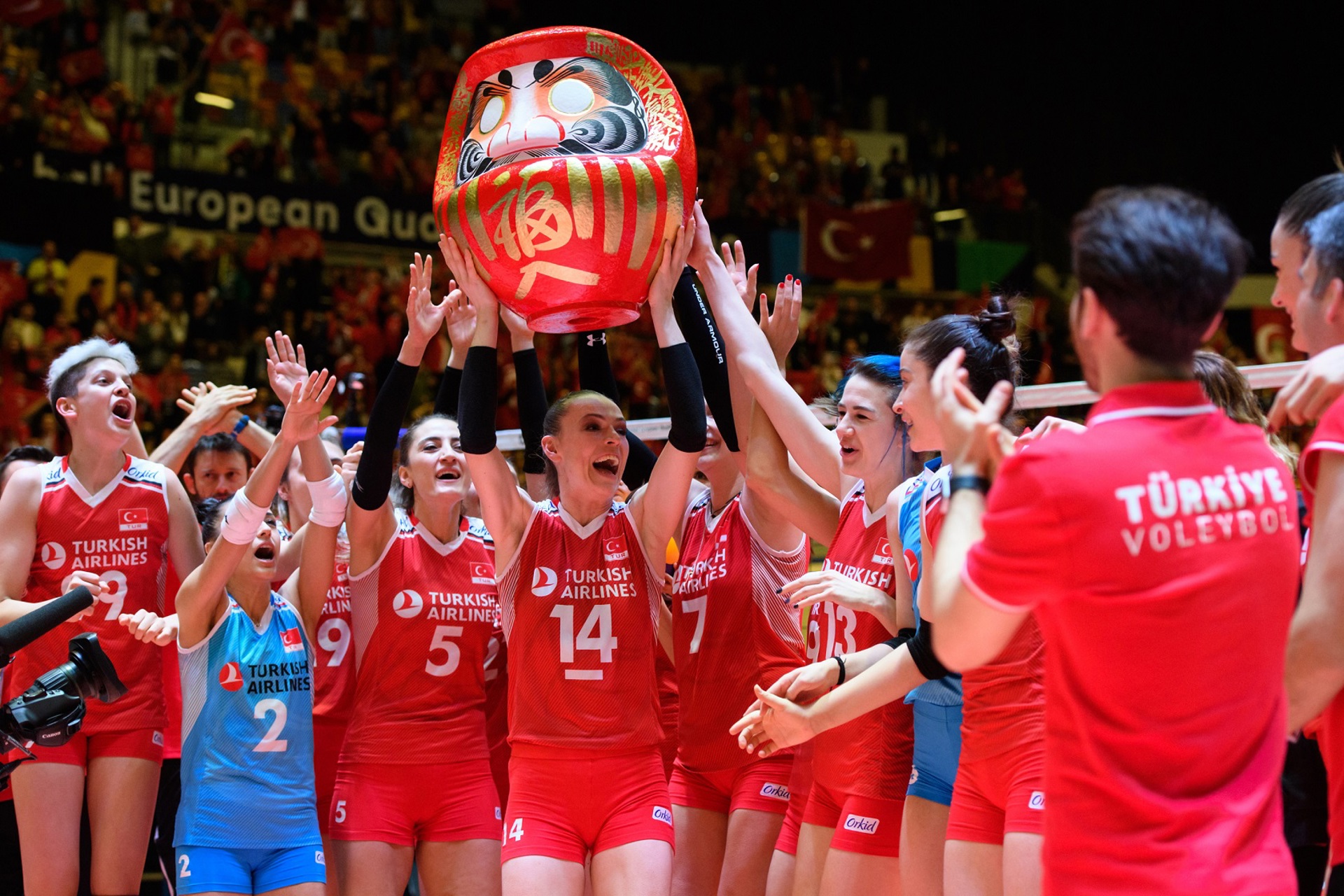 "There is one thing that this team does very well. We belive in each other. We pass our energy to each other. We just want to be calm and focused. Today, our approach to the game was on a very high level, our coaching staff prepared us very well, we knew everything that Germany was going to do."