"It was a tough loss in the semifinals of the European championship. Tureky is a tough team, maybe the best in the world. We will have a tough game but we are confident in ourselves. "

Magdelena Stysiak
Outside Hitter for Poland 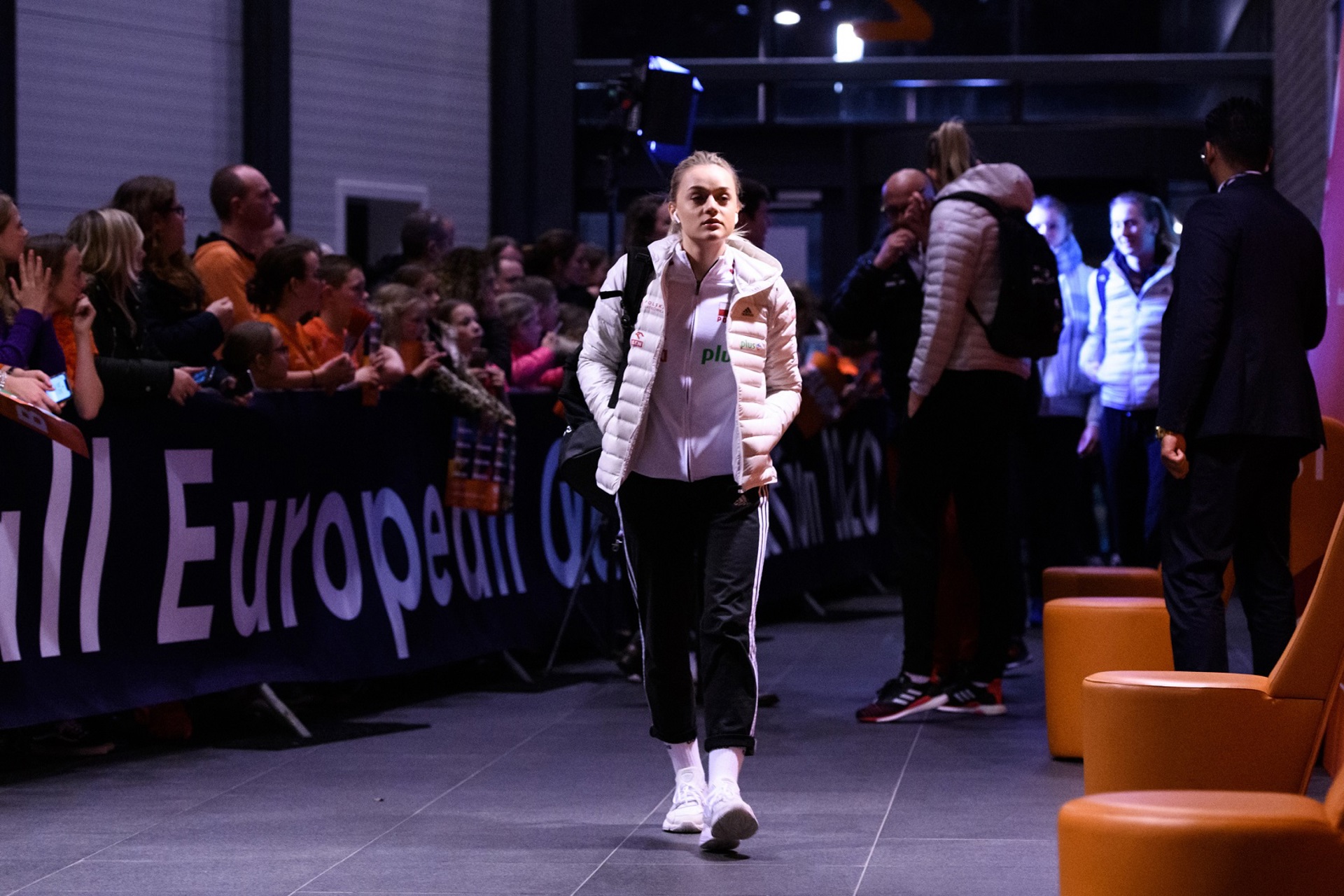 "The semi-final is the semi-final, we face off against Poland again like we did in the European Championship where we won. They have very physical players, very tall players, play a good defensive game. It will be a tough match."

Turkey in a huddle

Boz the boss as Turkey beat Poland in epic semifinal

Turkey will get a re-match with Germany in Sunday’s final of the European Olympic qualifier in Apeldoorn after an epic 3-2 (19-25, 25-18, 23-25, 33-31, 15-11) semifinal victory over Poland on Saturday. Turkish opposite Meryem Boz hammered out 36 points to top the charts, while captain Eda Erdem Dundar recorded 10 of the team’s 22 stuff blocks in the match. Outside spiker Magdalena Stysiak was most prolific on the Polish squad with 25 points to her name.

After 11-11 in the first set, Poland took control of the scoreboard for good. With Magdalena Stysiak contributing seven points in the set, the Poles widened the gap to a 25-19 finish as Natalia Medrzyk spiked successfully for the last point. Turkey could not hold on to the early 6-2 lead they piled up in the second set, but after 12-12, they broke away with six points in a row on Zehra Gunes’s serving and never looked back. The improved Turkish blocking contributed six points towards an emphatic 25-18 win, which levelled the match at one set each.

Turkey committed an increased number of unforced errors in the third set, while Poland stepped up their blocking effort. Coach Jacek Nawrocki’s squad managed to build up a six-point lead at 15-9 and 16-10, but their opponents immediately brought it back to within one on another serving streak by Gunes. In the money time, the Turks even took the lead at 20-19 and 21-20, but the Poles stepped up front again and a kill block by Malwina Smarzek-Godek delivered the set point. Two rallies later, at 25-23, they had the set in their pocket.

Meryem Boz took charge in the epic fourth set, spearheading the Turkish offence on the way to an amazing 14-point individual tally. Turkey opened a gap as wide as 17-12, when Poland started their comeback to level the score at 19-19. They were the first to reach match point at 24-23, but failed to convert it, just as they did with the next four opportunities to win the game. On the other side, Turkey did not take advantage of the first three set points they had, but on the fourth, deep into overtime, Stysiak’s hit went long to prompt a tie-breaker after 33-31 in favour of Turkey.

The gap never exceeded one point through 9-9 in the fifth set when Turkey broke away with a 12-9 lead and cruised on to the victory. As if to crown their individual achievements in this epic match, Eda Erdem Dundar delivered the 14-11 match point with her 10th kill block of the day and Meryem Boz converted it to a 15-11 triumph with a spike for her 36th point of the game.chart.

The number of successful point winning blocks of POLAND compared to TURKEY.

Errors leading to points of POLAND, next to those from TURKEY