Lubos BARTUNEK attempt to save a ball

Rok MOZIC (17 y.o.) at his first appearance with the Senior team of Slovenia

The "traditional" selfie of Slovenia at the end of the match

Slovenia finished their Pool A campaign undefeated, topping the final standings after a 3-1 (25-12, 28-26, 19-25, 28-26) win over Czech Republic on the way to the semifinals of the continental Olympic qualifier in Berlin.

The EuroVolley runners-up entered the match in full force and completely dominated the first set on the way to a 25-12 landslide. Coach Alberto Giuliani made several changes to his squad for the start of the second set.

Slovenia quickly recovered from an early four-point deficit and soon themselves gained a four-point lead. It was Czech Republic’s turn to catch up, which they did at 20-20 to prompt an interesting ending. The set went into overtime, the Slovenes denied three Czech set points before Mitja Gasparini aced for a set point of their own and Ziga Stern converted it to a 28-26 win with a powerful spike.

With Petr Michalek spearheading the offence, the Czechs were well in control of the third set. Greatly reducing the number of unforced errors, they made their way to a 25-19 win.

Coming in as a sub, Toncek Stern took charge of the Slovenian offence in the fourth set, nicely assisted by 17-year-old newcomer, outside spiker Rok Mozic, enough to make up for the improved blocking effort of the Czechs. Similar to the second set, Slovenia denied three set points for the Czechs before Toncek Stern finally closed the match at 28-26 with a successful attack. Czech Republic’s Patrik Indra was the best scorer of the game with 19 points to his name. Jan Kozamernik scored 15 times for the winners.

The number of successful point winning blocks of SLOVENIA compared to CZECH REPUBLIC.

Errors leading to points of SLOVENIA, next to those from CZECH REPUBLIC 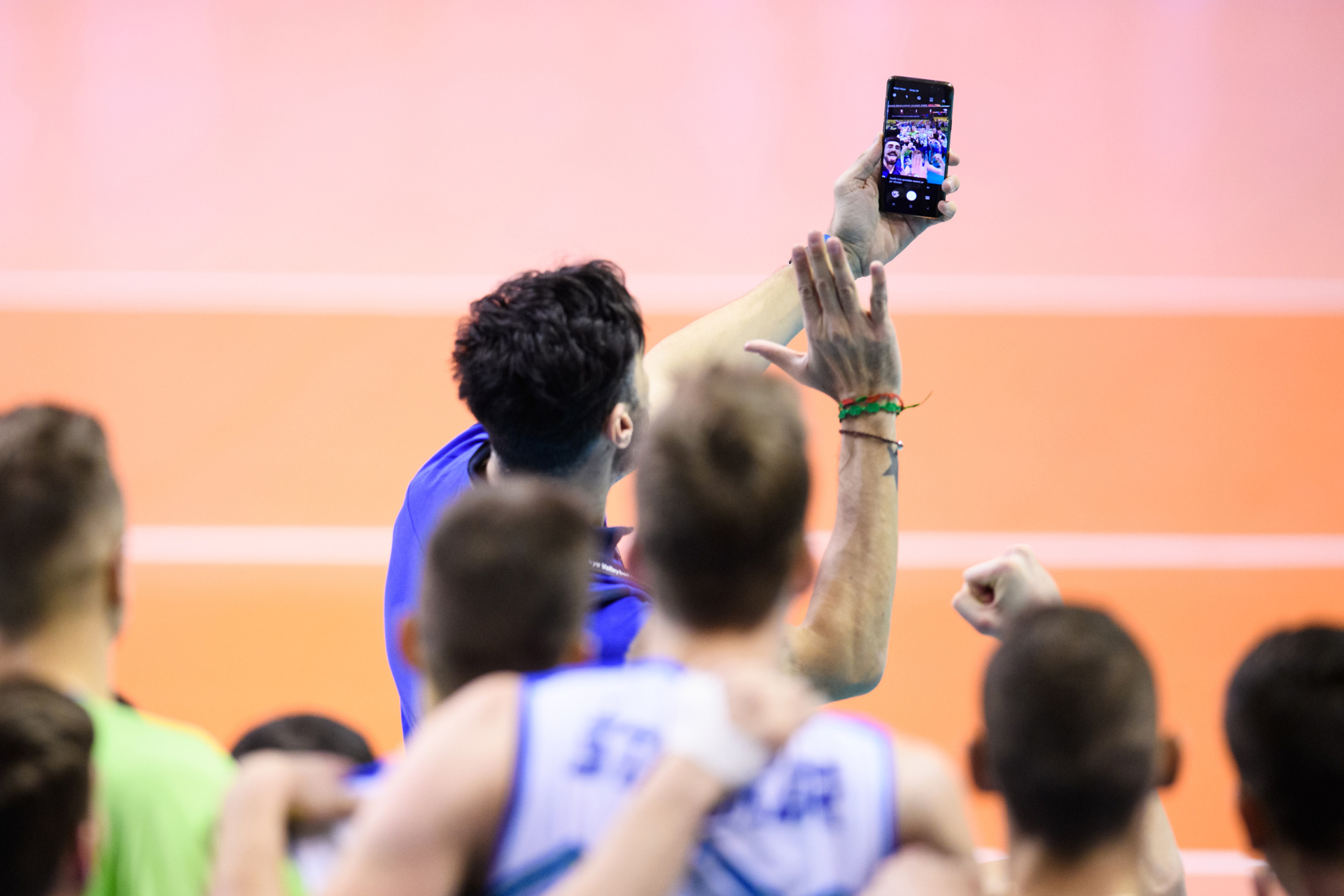 The "traditional" selfie of Slovenia at the end of the match

Tine Urnaut, captain of Slovenia: “Today we went to win the match and that’s the most important thing. We changed a little bit the start-up, we changed during the match. But the most important thing was to win. Tomorrow will be a very tough match against France. They are the favourites of the semi-final, maybe also the whole tournament. And we know that we need to play quality Volleyball if we want to win.”

Michal Nekola, Head Coach of Czech Republic: “The start was horrible; it was one word: catastrophe. But during the time we changed the rotation with the guy. We found six players. They played very, very well. It’s a pity that we lost to end of the set, two and four. It was in too easy mistakes we lost this game. But Slovenia is a stronger opponent so we focus for the next, for the future of these guys because they are very young and we will see. For me it was a good tournament because we presented a very young team. I hope that we have a lot of experience from this tournament.”