The 2018 world champion and runners-up will lock horns again after meeting in the WCH gold medal match in Yokohama, a match won by Serbia after a fierce five-setter. The reigning European and World Champions have reached the EuroVolley semi-finals for the fifth time in a row and are the only unbeaten team in the competition, winning their last 14.  On the other side of the net are Italy, who have reached the EuroVolley top four for a first time since 2011 (where they finished 4th). Both teams have a strong and powerful leaders, so we should be prepared for a shootout between Tijana Bošković and Paola Egonu!

Ognjenovic arrives for the match

The fans are ready! · Serbia (incl. predecessors) and Italy met six times in European championships and both teams won three encounters.
· The most recent clash at the European championships was in the quarter-finals in 2013, when Serbia won 3-0.
· In 2007, Italy beat Serbia 3-0 in the final of the European championship.
· Serbia won the world title in 2018, after a 3-2 win in the final against Italy. Tijana Boškovic (26) and Paola Ogechi Egonu (33) were their team's top scorers in that final.
· Italy beat Serbia 3-1 in the 2019 FIVB Volleyball Nations League. Italy scored 13 points from blocks in this match and had Egonu scoring 32 points, 20 more than Italy's next highest scorer (Cristina Chirichella, 12). Katarina Lazovic scored the most points for Serbia, 16.

· Italy can reach the final of the European championship for the fifth time. They played the final in 2001 (lost), 2005 (lost), 2007 (won) and 2009 (won).
· Italy have won their semi-final matches in the last two major competitions in which they reached this phase - the 2017 World Grand Prix and the 2018 World Championship.
· This is the 10th time Italy make a semi-final appearance at the European championship. They lost their first four semi-finals, then won four times in a row, before losing their most recent semi-final match, against Germany in 2001.
· Italy (99) will celebrate their 100th win at the European championships if they beat Serbia. They would become the fourth team to reach 100 wins in the competition after Russia (184, incl. Soviet Union), Germany (145, incl. West/East Germany) and Poland (119).
· Italy scored 18 points from blocks in their quarter-final win against Russia.
· Paola Ogechi Egonu (28 points) was Italy's top scorer in their 3-0 quarter-final win over Russia. Egonu was Italy's top scorer in all seven of their matches in this year's competition. 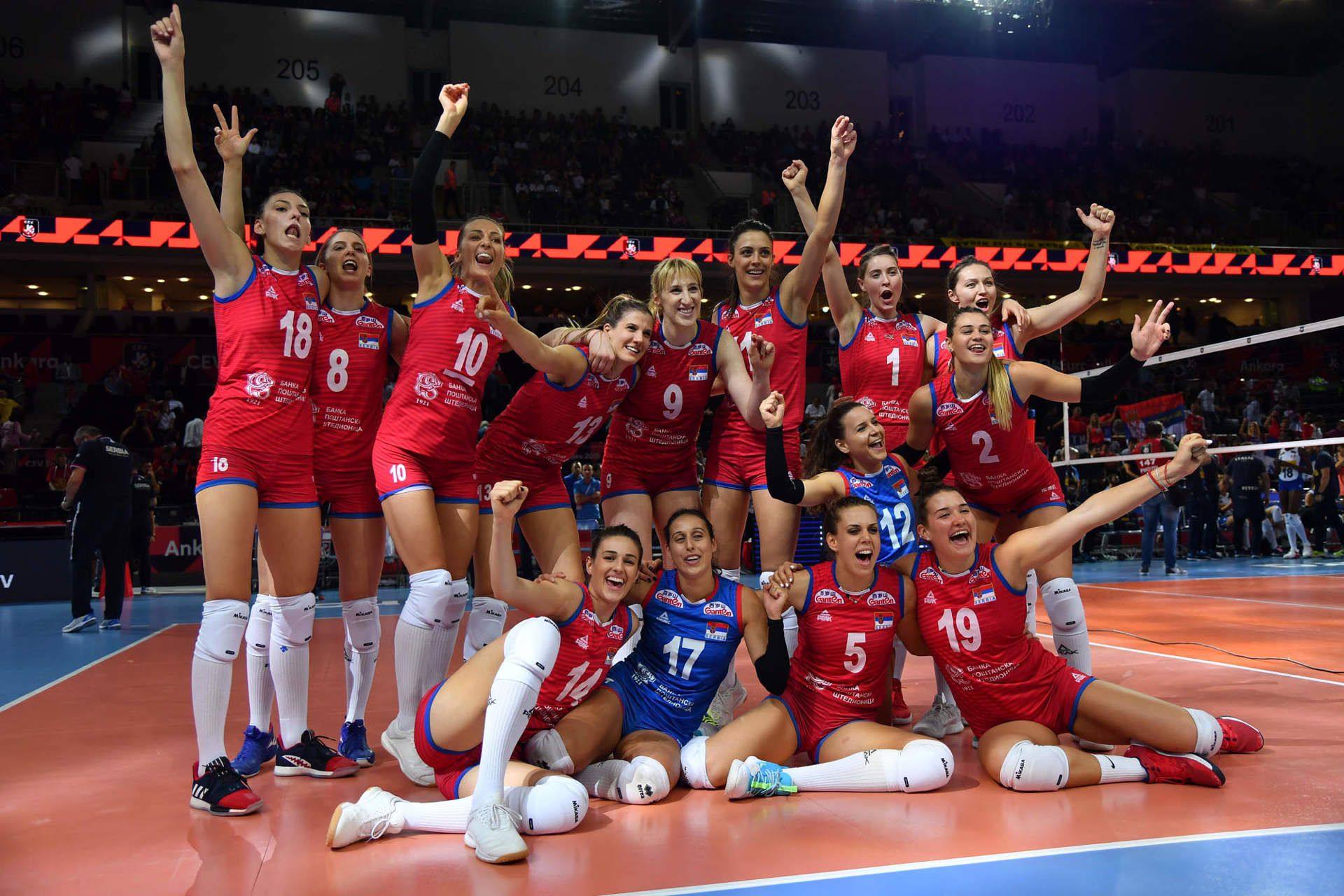 In a rematch of last year’s FIVB World Championship gold medal match, Serbia stormed to a 3-1 victory over Italy to secure their spot in the grand finale of the historic CEV EuroVolley 2019 Women.

Serbia extended their EuroVolley winning streak, which has been lasting since they lost the semi-final of the 2015 edition to eventual winners Russia.

Paola Egonu of Italy was the best scorer with 26 points but the ‘Azzurre’ paid a high price for the 16 errors she made in attack. On the other side of the net, Tijana Boskovic scored 22 points for Serbia.

Serbian middle blocker Milena Rasic, who plays for Turkey’s heavyweight VakifBank ISTANBUL, was one of many (former) elite players to follow the match from the stands of Ankara Sports Hall.

On Sunday, Serbia will be playing the winners of the second semi-final match featuring Turkey and Poland in an effort to secure back-to-back European titles – a feat that Italy (2007 and 2009) and Russia (2013 and 2015) were able to achieve in recent EuroVolley history.

The number of successful point winning blocks of ITALY compared to SERBIA.

Errors leading to points of ITALY, next to those from SERBIA.

Tijana Boskovic, player of Serbia: “Frankly speaking, I think this game was a final before the final for us because we played against Italy last year in the final of the World Championship. It was a tough game but we really enjoyed it. I am so proud of my team and about how we played today. We do not know our opponent yet for tomorrow. It does not really matter, since it is a EuroVolley final. I hope tomorrow we can play better than we did today.”

“We did not show our best Volleyball today. We had problems in attack. Today we made many mistakes, especially with our side-out game. I feel disappointed with our performance. Serbia is a great team but we can be better. I am happy with our journey at this EuroVolley but it is difficult to say much after losing a semi-final.”