The fixture between 2017 silver and bronze medallists - the Netherlands and Turkey, respectively, promises to be a thrilling battle. The Dutch team progressed to quarterfinal without dropping a single set on their way. On the other hand, the co-hosts survived the Croatian foray in previous round emerging victorious from extremely tight five-setter with huge support of their vital fans in Ankara Sport Hall. In past matchups of these teams, the “Oranjes” recorded six wins and Turkey only two. 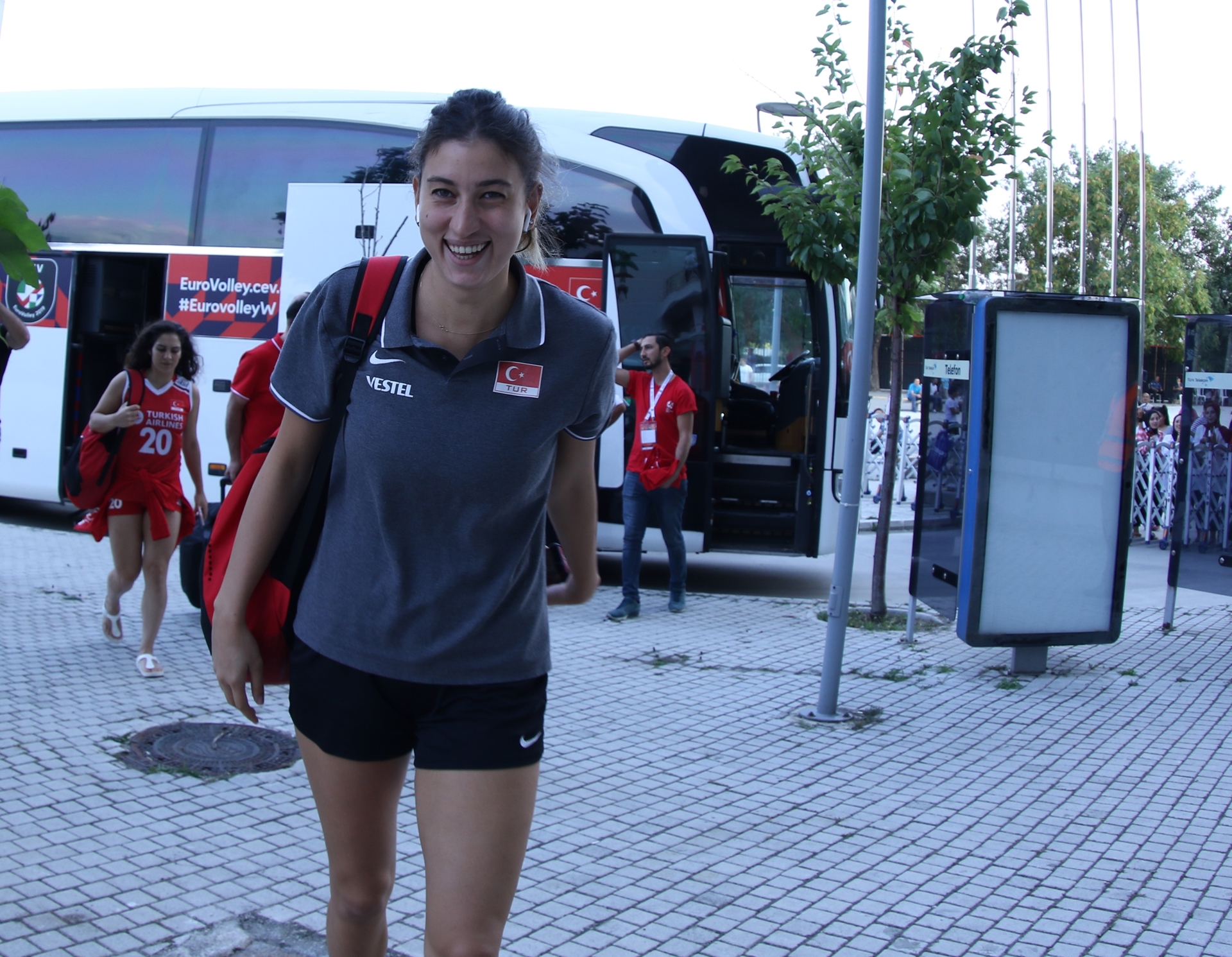 · Netherlands lead the head-to-head against Turkey in European championships: W6-L2.
· Turkey's wins came in the 2003 semi-finals (3-0) and in the 2013 group stage (3-2).
· Their most recent European championship meeting came in the 2015 semi-finals. Netherlands defeated Turkey in straight sets
· Turkey beat Netherlands 3-1 in the 2019 FIVB Volleyball Nations League, their most recent encounter in a major world level tournament. Hande Baladin won a match-high 20 points.
· In the 2019 VNL meeting, Turkey won 10 points more from stuff blocks than Netherlands (18 vs 8). Kubra Caliskan (5), Baladin, Meliha Ismailoglu and Zehra Gunes (all 4) collected more than three points from blocks. Inside the Netherlands locker room pre-match

WQF-02-TURKEY vs THE NETHERLANDS Arena

WQF-02-TURKEY vs THE NETHERLANDS Celebration Turkey stay in quest for EuroVolley crown after outclassing the Netherlands

Turkey overcame in straight sets the Netherlands, who did not drop a single set on their way to quarterfinal.

Hande Baladın scored 16 points, all of them were originated from attacks. She was followed by Eda Dundar Erdem who tallied 12.

In total, Turkey won 10 points from blocks, 7 in the third set, while the Netherlands managed to earn only 4 in this element.

Lonneke Slöetjes was the only Dutch player to score double digits with 16. The “Oranjes” made as many as 14 errors on serve. Last two editions’ silver medalists The Netherlands suffered an early exit in EuroVolley 2019.

12,000 spectators were in the stands of the Ankara Sports Hall, including Ankara Metropolitan Municipality Mayor Mansur Yavaş and Turkish Deputy Minister of Youth and Sports, and former Olympic and world champion wrestler Hamza Yerlikaya.

The number of successful point winning blocks of TURKEY compared to THE NETHERLANDS.

TURKEY number of service aces compared to THE NETHERLANDS

Errors leading to points of TURKEY, next to those from THE NETHERLANDS

Hande BALADIN, outside spiker of Turkey:

"First of all, I would like to thank our fans. They put incredible pressure on the Netherlands. We played a good game. I'm really happy. We have performed incredible as a team. Of course there was no compensation for this match. We were aware of this. We are very happy that we will play a semi-final at home. We are waiting for the support of our fans again in semifinals. I've been trying to do my best since the beginning of the tournament, but I'm very happy to be able to contribute to the team in such an important match. Our next opponent will be the winner of Germany - Poland. It doesn't matter to us. We all know what it means to play the EuroVolley semi-final match at home. We will try our best to reach the finals."

"It was disappointing game for us. The crowd here was amazing. They had an extra player on the floor. We could have played better. We missed so many services in the first two sets. And we could not get into the match. This tournament was longer than it used to be. And it was good for us in general but we had a tough opponent in the quarter finals."