While it is only the fourth European Championship for Switzerland, Germany has appeared at every EuroVolley. Switzerland’s most recent performance was a 14th place at the 2013 event co-hosted by these two countries.  While Germany (pictured) finished with the Silver medals, SUI did not win a single match. The last time these two teams played each other was in 1971 and ended in a 3-0 win for Germany.

The happiness of Thays DEPRATI

ACE supports EuroVolley among the fans

Straight-sets victory for Germany against Switzerland

Despite the resilient effort, Germany was too strong for Switzerland in the opening match in Bratislava Group D. Outsider´s performance went higher and higher set by set, but it wasn´t enough for making single one for Timo Lippuner´s team, Germany made straight-sets victory in 71 minutes. It was the clash of two teams that co-hosted 2013 European Championship: Germany won the silver medal, whilst Switzerland didn't find the glory. The two teams played each other last times in 1971, Germany won with the same result: 3-0.

The number of successful point winning blocks of SWITZERLAND compared to GERMANY.

Errors leading to points of SWITZERLAND, next to those from GERMANY

“There was not anything perfect on our game, but it´s still the first game in championship and we are glad to win. It will be long competition, we left some space to improve small things we will do it in the future. The stadium is very nice.”

“It was typical first match. Little bit nervous at the beginning, but I think than we played our game. In the end we are happy with victory. I really liked the atmosphere here.” 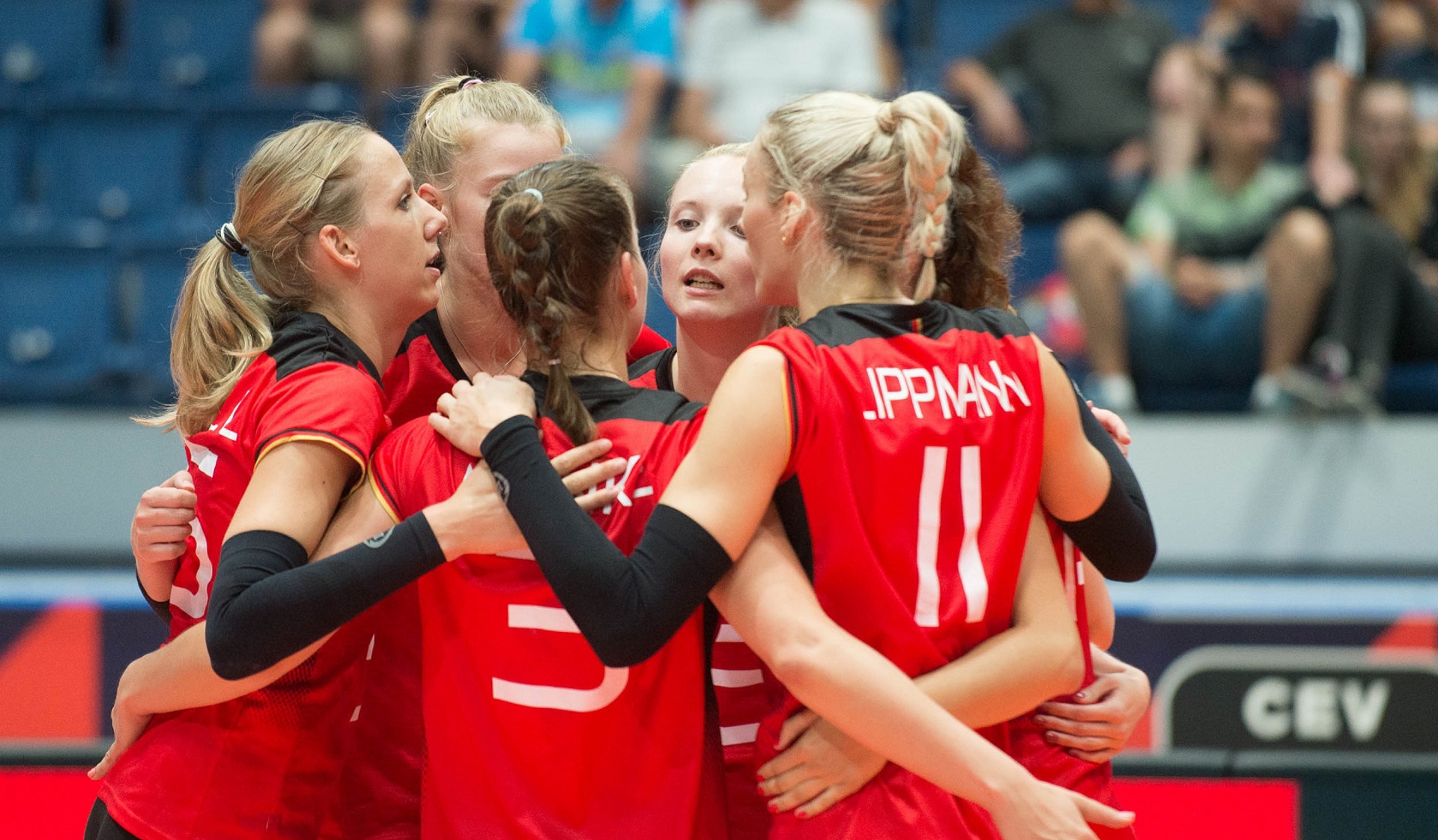 Germany stand together during their straight sets win over neighbours Switzerland

“I am satisfied with the presentation of the team. We are young team, first time here and we had a chance to compete with Germany. We are not on the same level, but we did not give them so many presents on the board. Off course, when you lose the game, you never satisfied completely.”

“We start very good with lot of positive energy we could use in the whole game. We are satisfied with our performance.”