Co-hosts close their home pool against The Netherlands, with the away side clinching a straight sets victory the last time they faced each other in the 2014 World Championships Qualifications. This is the third consecutive EuroVolley appearance for Hungary after reaching the 12th and the 15th place in 2015 and 2017. Their best result is a silver medal from 1975. While the Netherlands have participated 27 times in EuroVolley events. Their best result is the first place from 1995. 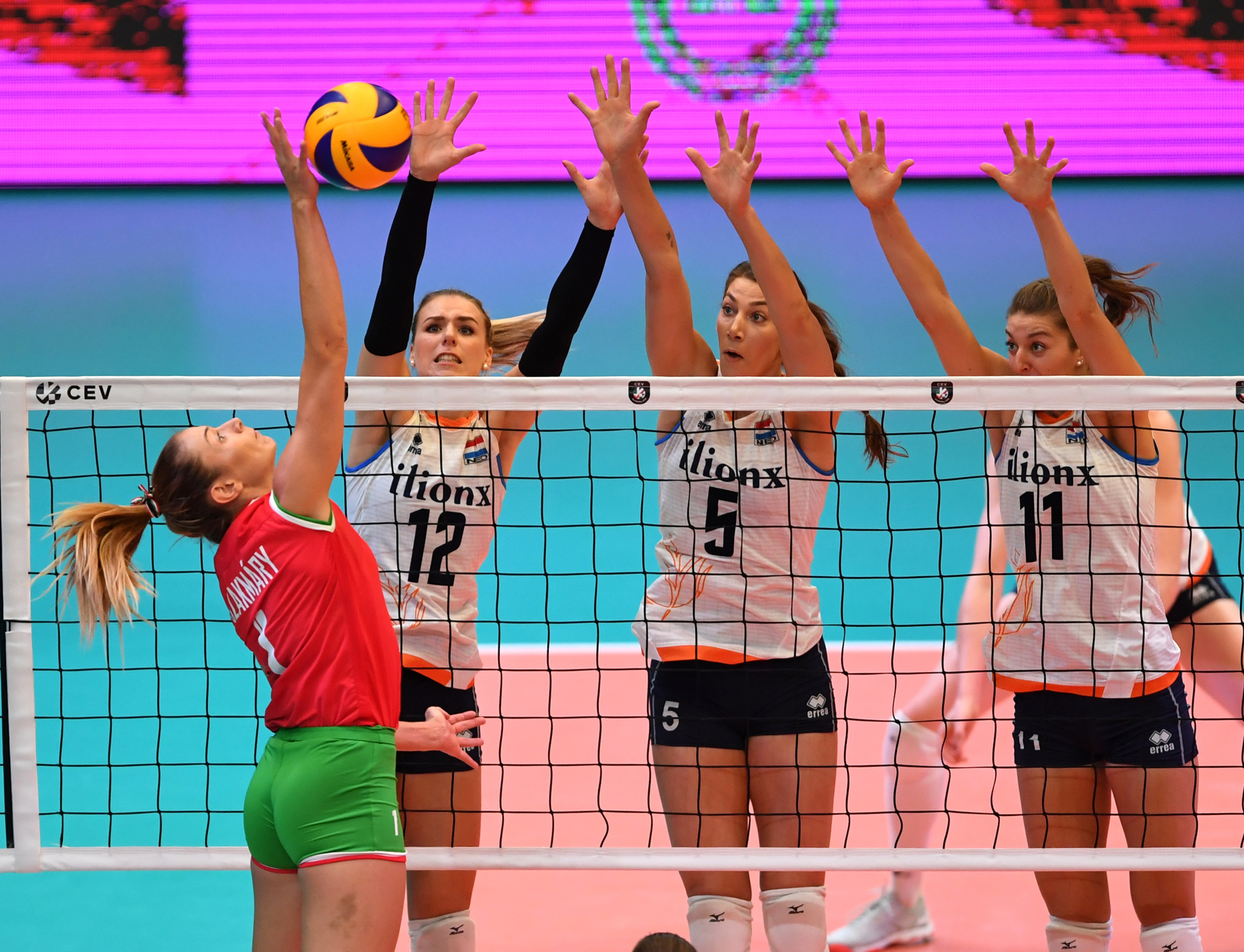 Hungary entered the court fully motivated and did their best to keep the dream alive of progressing to the next round. Unfortunately, the hosts only managed to stay close to the rivals until 7-8, then the Dutch side jumper to a 16-11 lead. The Hungarians desperately tried to stop the Oranje, but it was not enough for the team led by Lonneke SLOETJES, who scored 9 points in this set.

The second set started with an early lead for the Dutch team (9-3), but with huge support from the fans, the Hungarians reduced the gap to 10-9, to in a while be again 5 points behind. The Netherlands carried their dominance from the first set onwards and took the set, killing the last Hungarian chance to stay in the competition.

In the third set, the Hungarians opened up their game with new energy, taking a 5-1 lead. The Dutch ladies caught up the score and then witnessed a fierce battle until 15-15. Then the Netherlands stepped their game up, scoring 10 points in a row with Anne BUIJS on serve.

The best scorer was SLOETJES who finished the game with 18 points. On the other side of the court Greta SZAKMARY and Zsanett MIKLAI scored 5 points each. It was the last match for Renáta SÁNDOR and Rita BOKORNÉ LILIOM, both decided to retire with the end of their EuroVolley campaign in Budapest.

The number of successful point winning blocks of HUNGARY compared to THE NETHERLANDS.

HUNGARY number of service aces compared to THE NETHERLANDS

Errors leading to points of HUNGARY, next to those from THE NETHERLANDS

"The home team showed some great volleyball skills, but my girls could play what we have planned before the game. We improved a lot during the last week, but we have to be more consistent in the final phase."

"Our goal was to keep a clean sheet again, but we had to fight hard for every point. We did a great job tonight, but now we have to concentrate on our next game. Greece improved a lot in the recent years, so I expect a thrilling eighth-final."

Myrthe Schoot, libero of the Netherlands and birthday-girl:

“I’m really happy, we knew Hungary can play really good. We were really sharp from the beginning, in the third set we let them play a little bit but for the rest was okay."

"I'm happy with our performance, we our in the middle of generation changing, but the previous and the next gen could share this tournament. I wanted to give the cahnce today to every player, play against these kind of players is a gift for them. The Dutch team is stronger and more athletic than us, and they played great volleyball. We lost our chance for qualification to last 16 against Romania."

"We fought hard, but our reception wasn't good enough. In the third set we knew it's gonna be out last so we put everything onto the court. I'm happy I could finish my career in front of home crowd. We had a good generation, ten years ago we get a little extra so we could move one level up. I wish the upcoming generation the same, I hope they will play with their full heart in national team like we did."