The Netherlands beat Croatia 3-0 in the eight finals of EuroVolley 2017. The side in orange finished fourth at both the 2016 Summer Olympics and the 2018 World Championships. Croatia finished second at EuroVolley three times in a row between 1995 and 1999, while out of their 27 appearances in the finals, the Netherlands best result is first place in 1995. 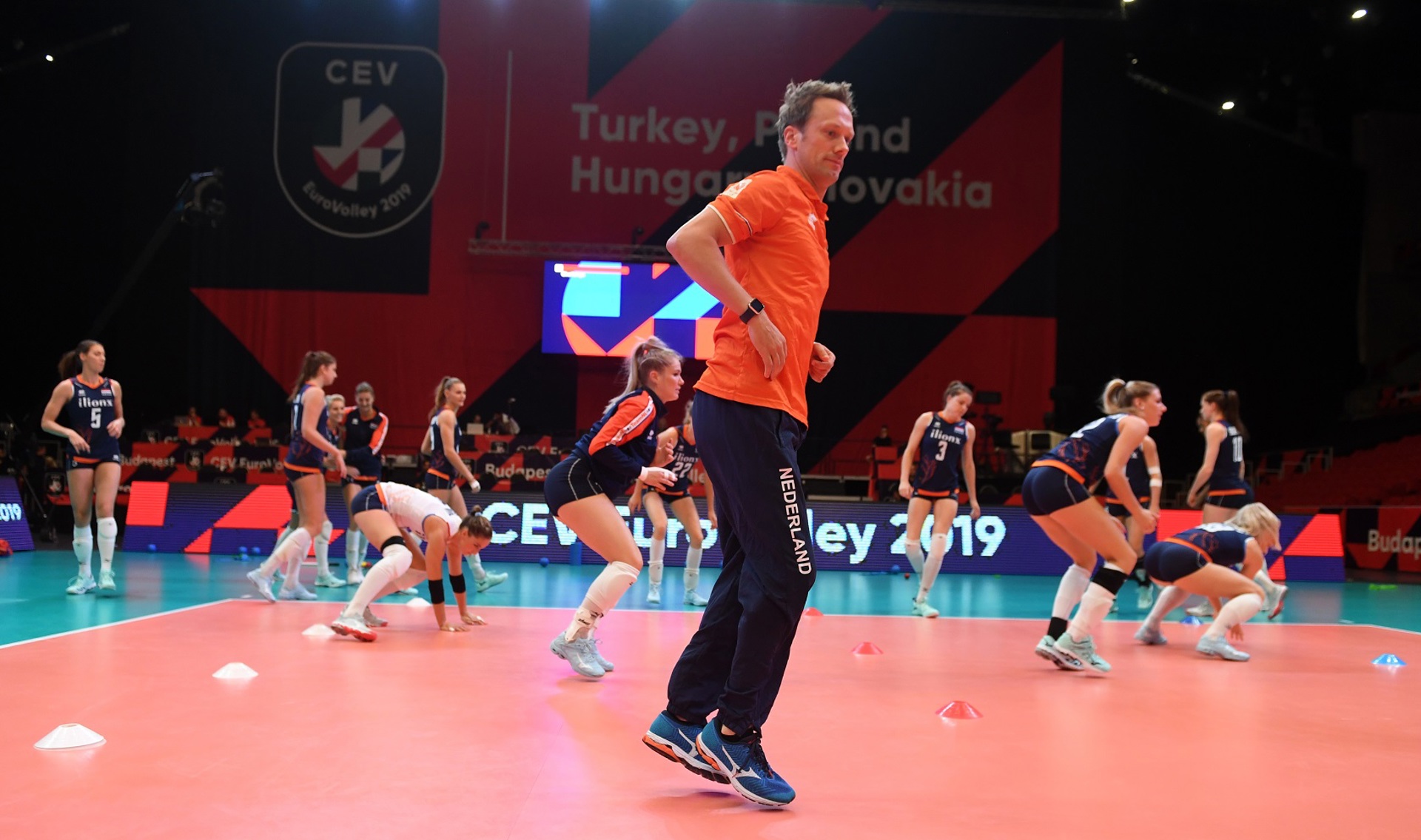 This time Jamie MORRISON, head coach of the Netherlands changed four players in the starting line-up. The middle-blocker Nicole KOOLHAS played for the first time in Budapest. Both teams entered the court fully motivated, however from a very beginning the Netherlands were dominated side. Unfortunately, in the first set the captain of the Netherlands Maret BALKESTEIN-GROTHUES suffered an injury of right ankle at 23-16, thus caused several rotations on the court in next part. This situation motivated her teammates even more as during the whole second part the Oranje stayed on the lead. The Croatian team had some impressive attacks, but the Dutch block worked too well. The Croats fought hard in the third set, they saved two match points, but in the end Celeste PLAK’s attacks made the difference. The game lasted for 70 minutes. The best scorer was Nika DAALDEROP (NED) with 15 points, both Celeste PLAK (NED) and Robin DE KRUIJF (NED) had 14. On the other side of the court Samanta FABRIS scored 10.

The number of successful point winning blocks of THE NETHERLANDS compared to CROATIA.

THE NETHERLANDS number of service aces compared to CROATIA

Errors leading to points of THE NETHERLANDS, next to those from CROATIA

Celeste PLAK, outside hitter of the Netherlands:

“I'm happy that we won this game 3-0, because in the past we had some troubles against Croatia, they are not an easy team, and they have really good players. Today we were really dominant, so I’m happy that we kept the pressure high. In the third set they came back a little bit. We let them play, but I’m happy that in the end we could finish this match in straight sets.”

"I think we can be better and a little bit more aggressive in everything what we do. We talked about that during the match. I'm happy, we won three in row, but we can do better. Maret will be fine. She had pain in her ankle, but I think she will be back during the tournament."

Karla KLARIC, outside hitter of Croatia:

"The main reason of this defeat was our bad start, we didn't find the rhythm in the first set, and we were not so efficient in attack. After the first break, we were pushing a little bit more, and we played obviously better. Of course, we are disappointed, because we lost 3-0, but now we have to focus on our next game against Romania."