While Belgium has been competing abroad since the 1960s, Portugal is just starting with international appearances at the highest level. Getting off to a good beginning of the first part against a strong team is something Portugal might need to achieve something special at their maiden EuroVolley.

Yet another tough day at work for Portugal chasing their first victory in this European Championships. At least they took a historical first set in the tournament so far - and ever.
Great service from Helena Monteiro, two aces and efficient attacks from Julia Kavalenka (39 attack attempts in the match) was the secret that lead Portugal to this historical moment. Belgium took themselves together, and an impressive 90 percentage attack efficiency from Dominika Sobolska made Belgium the stronger team in the Atlas Arena.

The number of successful point winning blocks of PORTUGAL compared to BELGIUM.

Errors leading to points of PORTUGAL, next to those from BELGIUM

"We made a lot of mistakes today. Unfortunatelly it wasn't a good match. The most important thing is that we won. We fought more with each other than with our rivals. We are going to prepare for a match against Polen”

Britt Herbots
outside hitter of Belgium 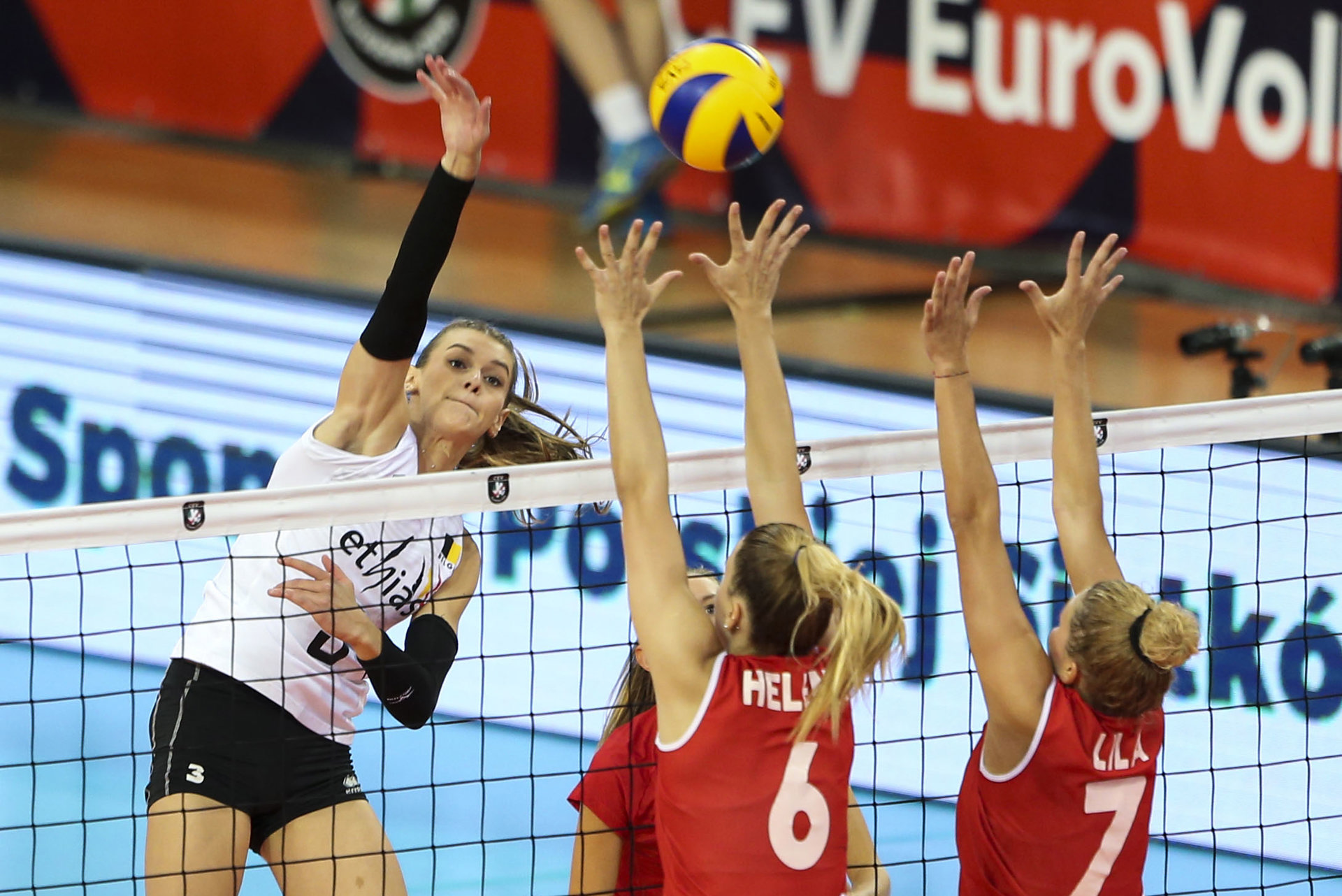 ”I think it was our best match at this championship. We were very focused. Even after the first set which we lost, we didn't lose enthusiasm. In the second set we played very well and we won. We were really close in the third set, unfortunately we didn't play well in the last one. We had problems with finishing the attack and we lost. In spite of all we are happy with our game today”