In order to get closer to the long-awaited title, which has eluded them since 2009, Italy will have to show their domination in a game against a strong opponent. Belgium (ranked 7th in Europe) was already successful in the first round of the 2019 Volleyball Nations League, defeating Italy 3-2. Italian fans may argue that their favourites could not put out their best squad but, despite the roster, Italy will have to be more careful now because Belgium really knows how to play defence.

Malinov (5) sets the ball for his teammate Folie (7)

Ofelia Malinov (5) and Cristina Chirichella (10) from Italy in action

Team from Italy celebrates the score

Italy showed they are to count on against Belgium

Italy again proved that they are to count on and gave Belgium a chock start in the first set. After eight minutes Italy already had 7-1 and Belgium just scored 19 percentages out of 26 attacks in that set. Never the less Belgium had some glory moments and when they created more variety in the attacks there were some impressive scores from the middle.
In the second set Belgium shaped up and thrilled Italy to 15- 15 after 15 minutes. Even if Italy gave away 28 scoring point to Belgium the yellow Tigers didn't take advantage of this and had to face that they was over powered.

The number of successful point winning blocks of ITALY compared to BELGIUM.

Errors leading to points of ITALY, next to those from BELGIUM

"Our game was very uneven today. We let them score series of points, this can't happen again. Tomorrow we just have to be more consistent and don't allow our opponents for runs"

Paola Egonu
opposite for Italy

"I was hoping we could win at least one set against Italy. We are a young team that needs more schooling. We support each other and will definitely learn our lesson after this tough loss"

Karolina Goliat
opposite for Belgium 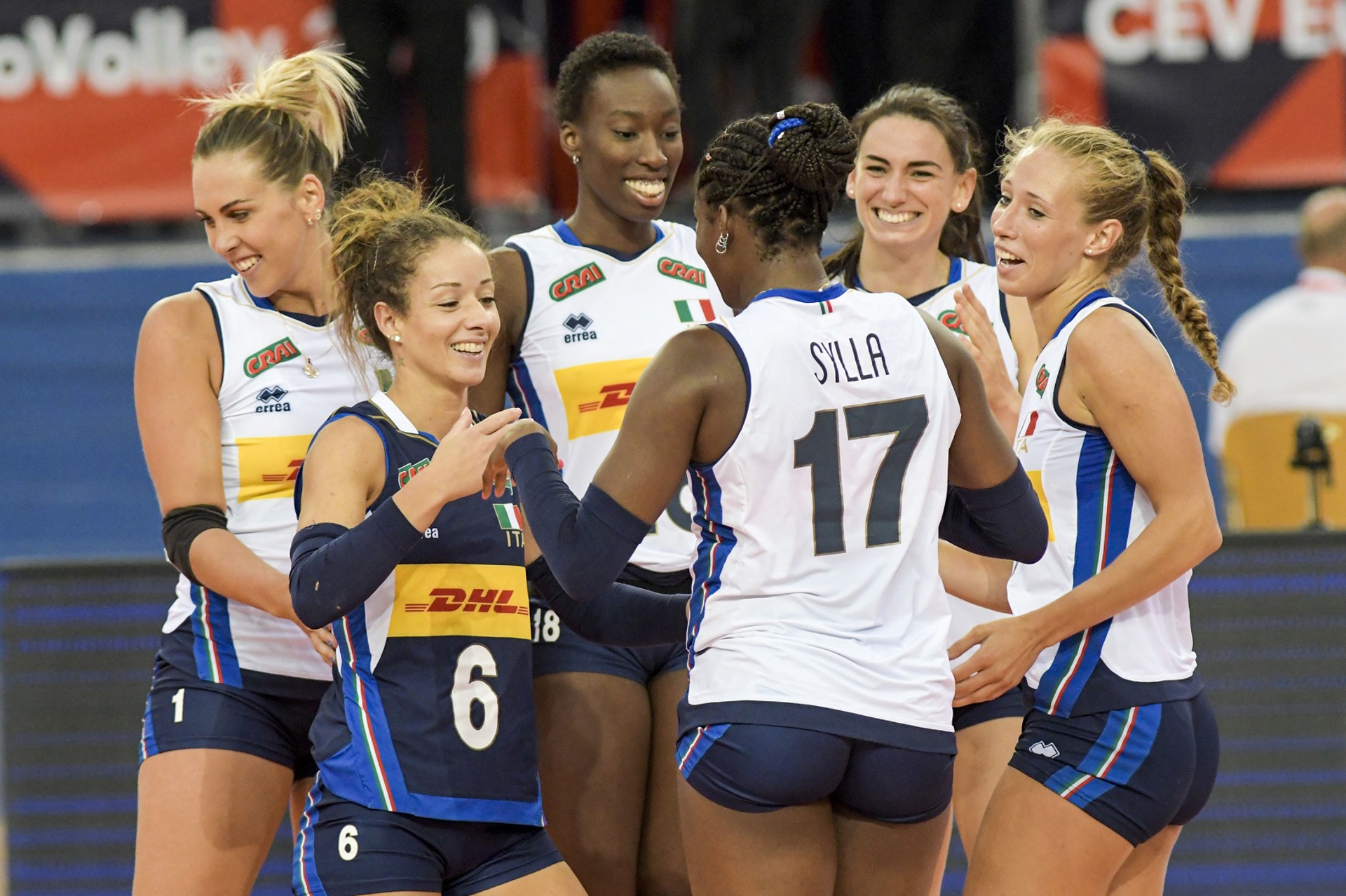