This Balkan derby will attract much attention from the fans and media. It could be crucial for pool rankings and Eighth-Finals match ups. Two years ago Bulgaria defeated Turkey 3-2 in the Pool Phase, so the home side will be out for revenge. 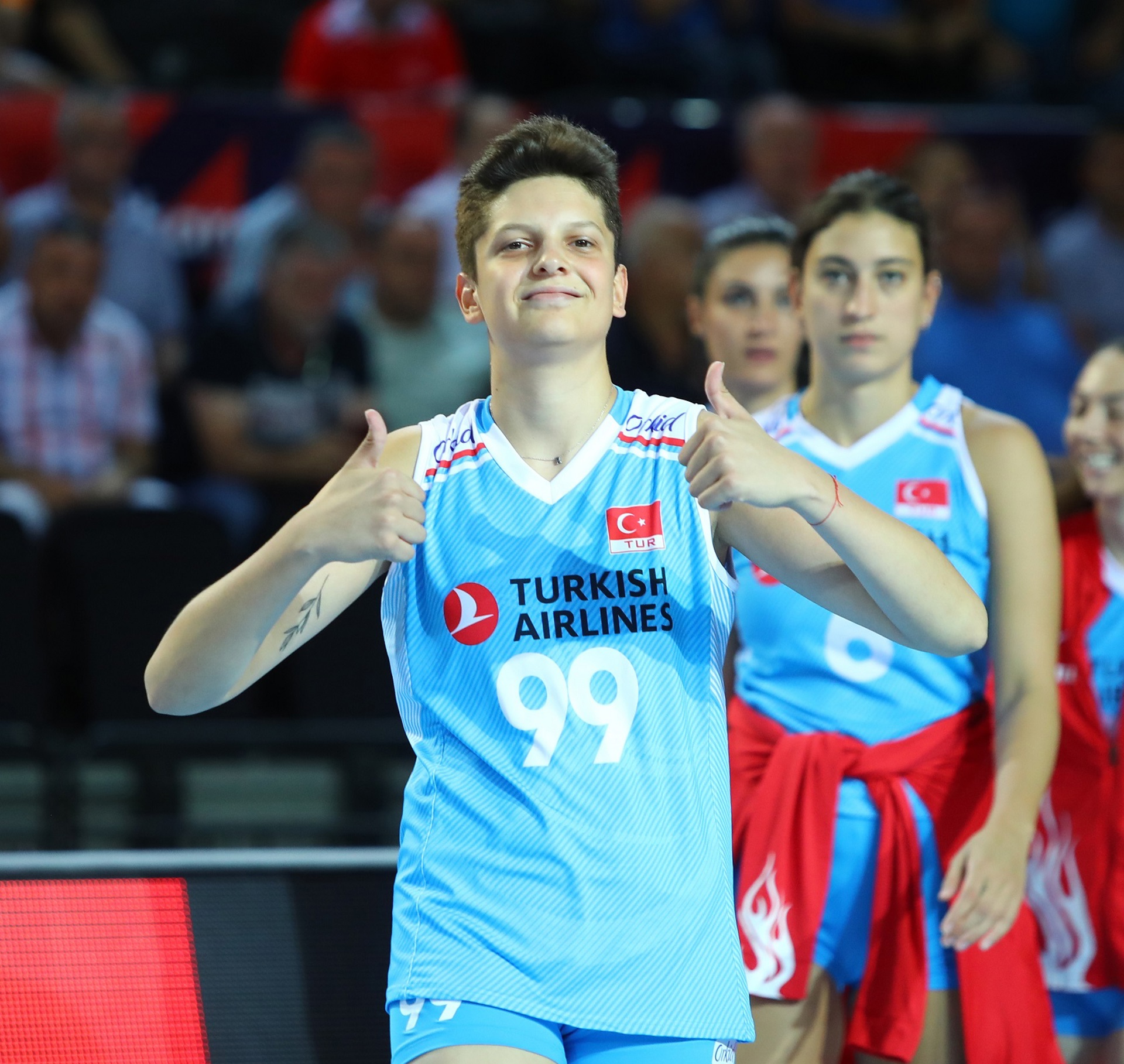 Ebrar KARAKURT was ready for this one!
TURKEY BULGARIA

More than 8,200 fans attended the match between Turkey and Bulgaria

Turkey secured their third straight victory in the competition to move to a 3-0 win-loss record and 8 points, one only shy of current pool leaders Serbia. Their charismatic team captain Eda Erdem Dündar scored as many as 15 points, including four blocks. Bulgaria’s blocking game was far less prolific, with one stuff throughout the match only recorded by Elitsa Vasileva in the fourth set.

The loss is a heavy blow to Bulgaria’s chances to stay in the competition, as they have a record of three defeats in as many matches this far to sit at the bottom of the charts in Pool A.

With as many as 8,232 fans in attendance, this match registered the highest figure at this year’s EuroVolley this far.

The number of successful point winning blocks of TURKEY compared to BULGARIA.

Errors leading to points of TURKEY, next to those from BULGARIA

Cansu Özbay, player and setter of Turkey: “This game was very important to us because it was a key match. We have only two more matches remaining in the pool phase.

If we win the Serbia and France matches, we will finish first in the pool. That is why this win was so important to us. Of course, it is not over and we will keep fighting. I think our concentration dropped slightly in the third set. Maybe there was a little relief after leading 2-0. We did not get enough of what Giovanni [Guidetti] wanted. After the third set, we found our focus again and played the game we needed to play.

Our next opponent France is a very good team. No match here is easy, so all we have to do is to fight and win every game.”

“It was a hard, intense game. We put a lot of effort but unfortunately lost because of our own mistakes. Mistakes were the main reason concerning the change in the course of the game from the third set to the fourth. We played a lot better in defence in the third than we did in the fourth, where we made more mistakes. Maybe there was much pressure on us and Turkey started to push us more. We are still fighting for qualifying to the next round. We will give our best in the next two matches.”