France and Greece were in the same group back in the 2001 edition and after 18 years they will face each other again. The blues are back competing in EuroVolley again after 6 years, while the Greeks return after an 18 year hiatus.

Greece celebrate their first victory at EuroVolley since 1991

Greece celebrated their first EuroVolley victory in 28 years since they claimed pool phase wins over France and Albania back in 1991 in Ravenna, Italy. It is only their third such result in Europe’s prime competition where they now have a record of 3 wins and 23 losses. As Greece took three points from this match, they have leapfrogged France in the standing of the pool – France have one victory and two points to their name after Friday’s 3-2 sensational win over Bulgaria.

Greece came from behind in the third set (18-20), scoring seven times in a row and despite France winning a ‘challenge’ on match point, the Hellenic team sealed the deal shortly afterwards.

Olga Strantzali, Anthi Vasilantonaki and Konstantina Vlachaki finished the match in double digits with 18, 14 and 12 points to their name, respectively. Christina Bauer chipped in with 11 for France – a tally including five blocks.

The number of successful point winning blocks of FRANCE compared to GREECE.

Errors leading to points of FRANCE, next to those from GREECE

“I am very happy because we played such a great game. We performed much better than yesterday. Now we will focus on our next game. We were ready for this match, especially after working hard the whole summer to prepare for EuroVolley. I am proud of my team as all members have been doing great, not just myself.”

Olga Strantzali
Outside spiker and top scorer of Greece

“After yesterday’s game it was hard to focus on this match. Greece is an extremely good team. We were not ready to play against such an aggressive opponent. Teams like Greece and Finland are usually easier to play than Bulgaria but against Bulgaria we played with no pressure, just enjoyed the game. We will play Serbia next. It will be interesting for us because we have never played against such great team. It will be a very good experience for us.” 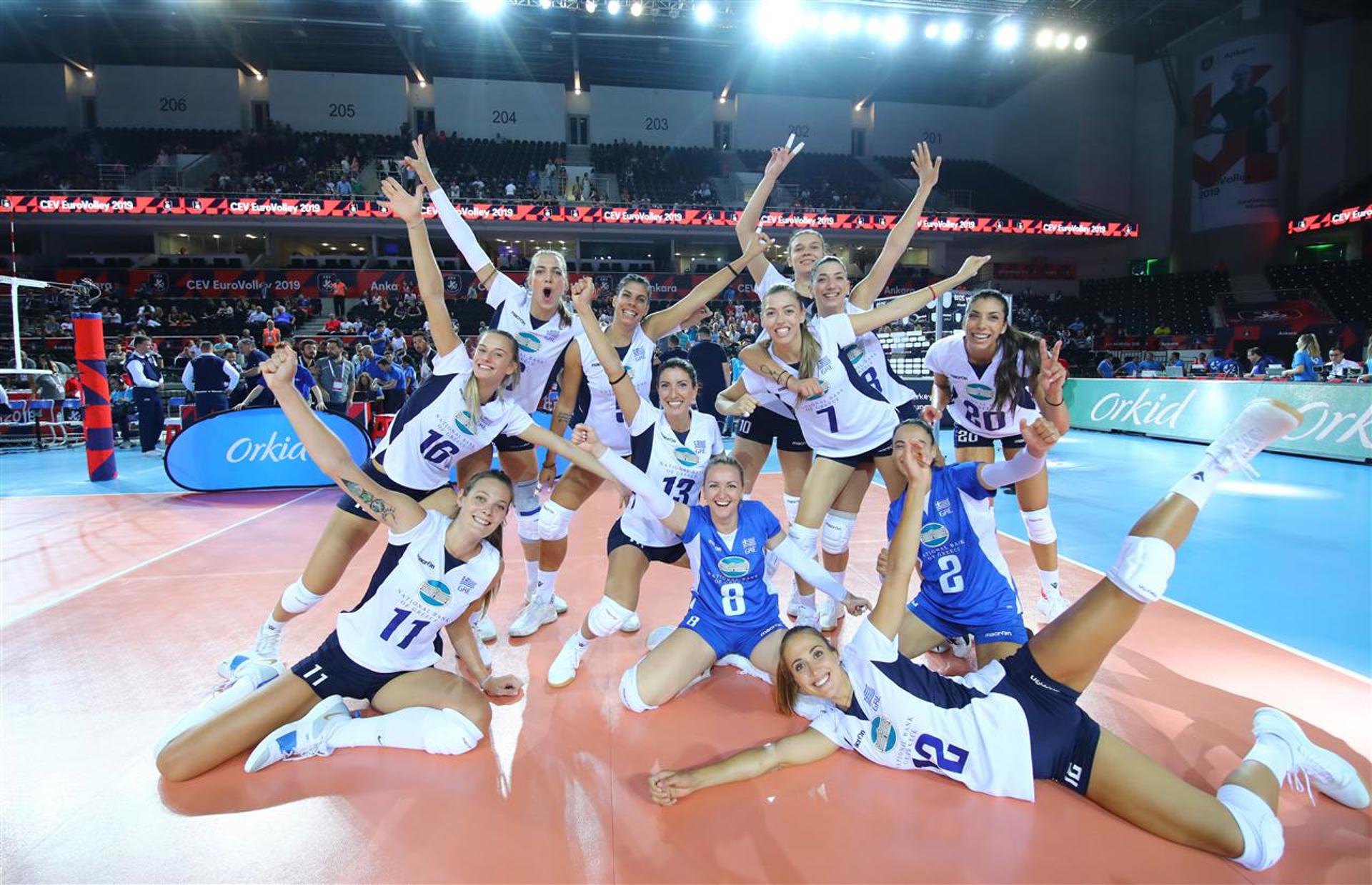