"We both (Estonia and Czech Republic) know it will be a decisive game. We need to focus on what we can do, and just show it. That's it."

With the Czech Republic and Estonia being the two sides that are closest in the European Ranking (12th and 13th respectively), this is bound to be close one. 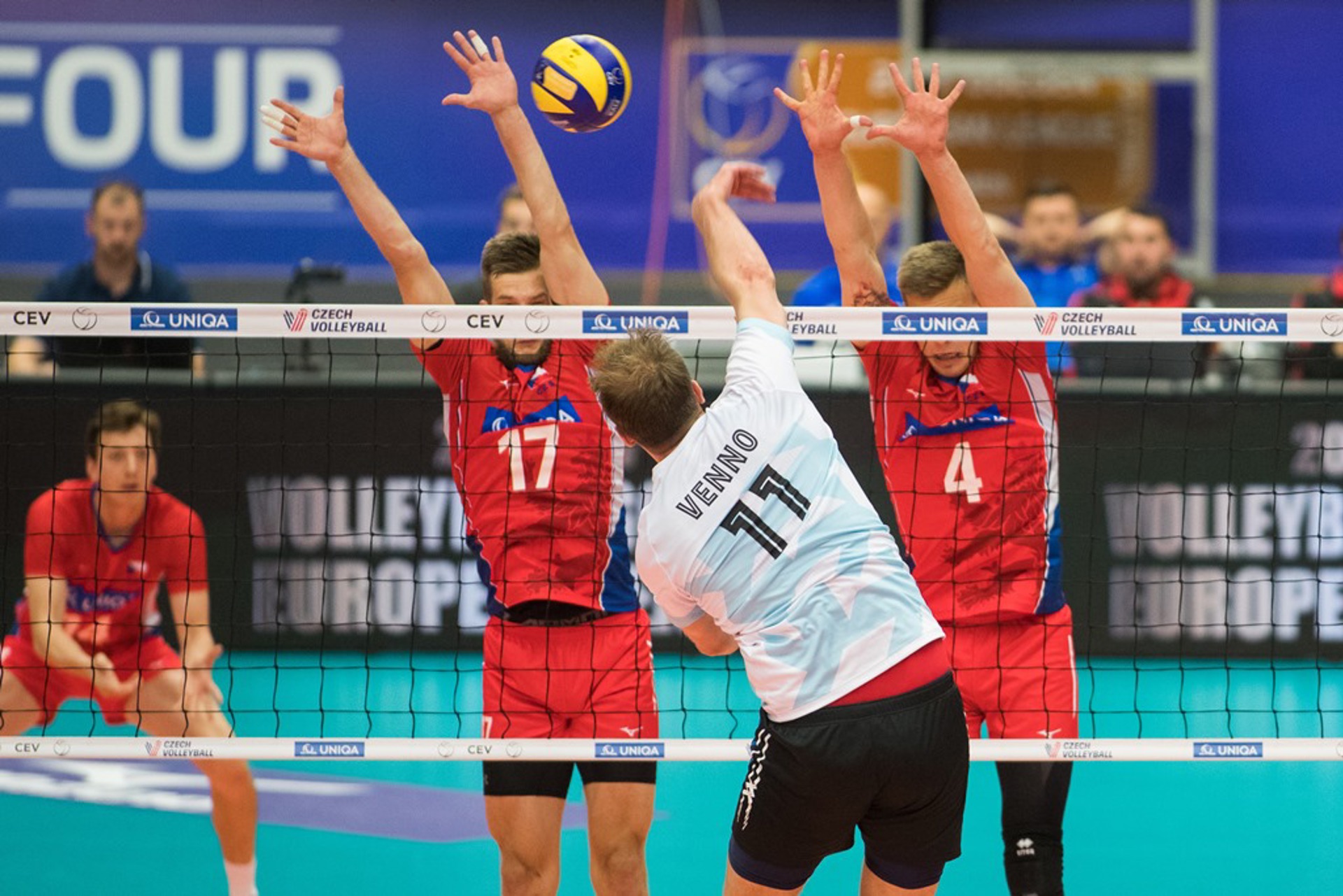 The Czech Republic celebrate after an important win
Match Report

In the very important match between Czech Republic and Estonia on Sunday night, the Czechs managed to take a 3-0 victory. After losing their opening match against Ukraine, this is the first victory for the EuroVolley champions of 1948, 1955 en 1958. Estonia, supported by thousands of loyal fans just as Friday and Saturday, is still waiting for their first victory in pool D. In the thrilling second and third set, it was Jan Hadrava who made the difference with his well-timed service aces (6 in total). The Czechian spiker also became the top scorer of the match with 23 points.

The number of successful point winning blocks of CZECH REPUBLIC compared to ESTONIA.

Errors leading to points of CZECH REPUBLIC, next to those from ESTONIA