IVANOV Fedor (FIN) on the court

Full house for the spectacle in Ljubljana

Numerous home fans and a group of anything between 1,200 and 2,000 Finnish supporters created an amazing atmosphere for the clash between their national teams. Slovenia delivered a solid blocking performance, while team captain Tine Urnaut was very efficient in the attack. Finland proved to be a tough nut to crack in the second set. The home side were struggling and the opponents managed to get onto the lead (22-23), but at the end Dejan Vinčić sealed the set with a single block.

Suomi had a flying start in the third set and were ahead most of the time. Slovenia did close the 5-point gap and were in position to end the match, but the motivated Finns emerged victorious. Slovenia’s determination pleased the home crowd and by minimizing the number of mistakes in set four they secured their second win in Ljubljana.

The number of successful point winning blocks of SLOVENIA compared to FINLAND.

Errors leading to points of SLOVENIA, next to those from FINLAND

"We played prety well, we had a chance to take a win but we didn't take it. Atmosphere was amazing, it gave us a lot of energy. It's always great to play in a full hall. Our fans fallow us all over the world. This support is great for us, we get a lot of energy from them."

"Every player in our squad has a role to play. We do not have a star player as such, so we need the contribution of everybody. When some guys are struggling, trying to find a different solution it is good to be able to change and the guys that come in they get something different. That was the case in the game with North Macedonia and I think that was the case today. We struggled and suffered a bit in set 4, but in the other three sets I think we played very well." 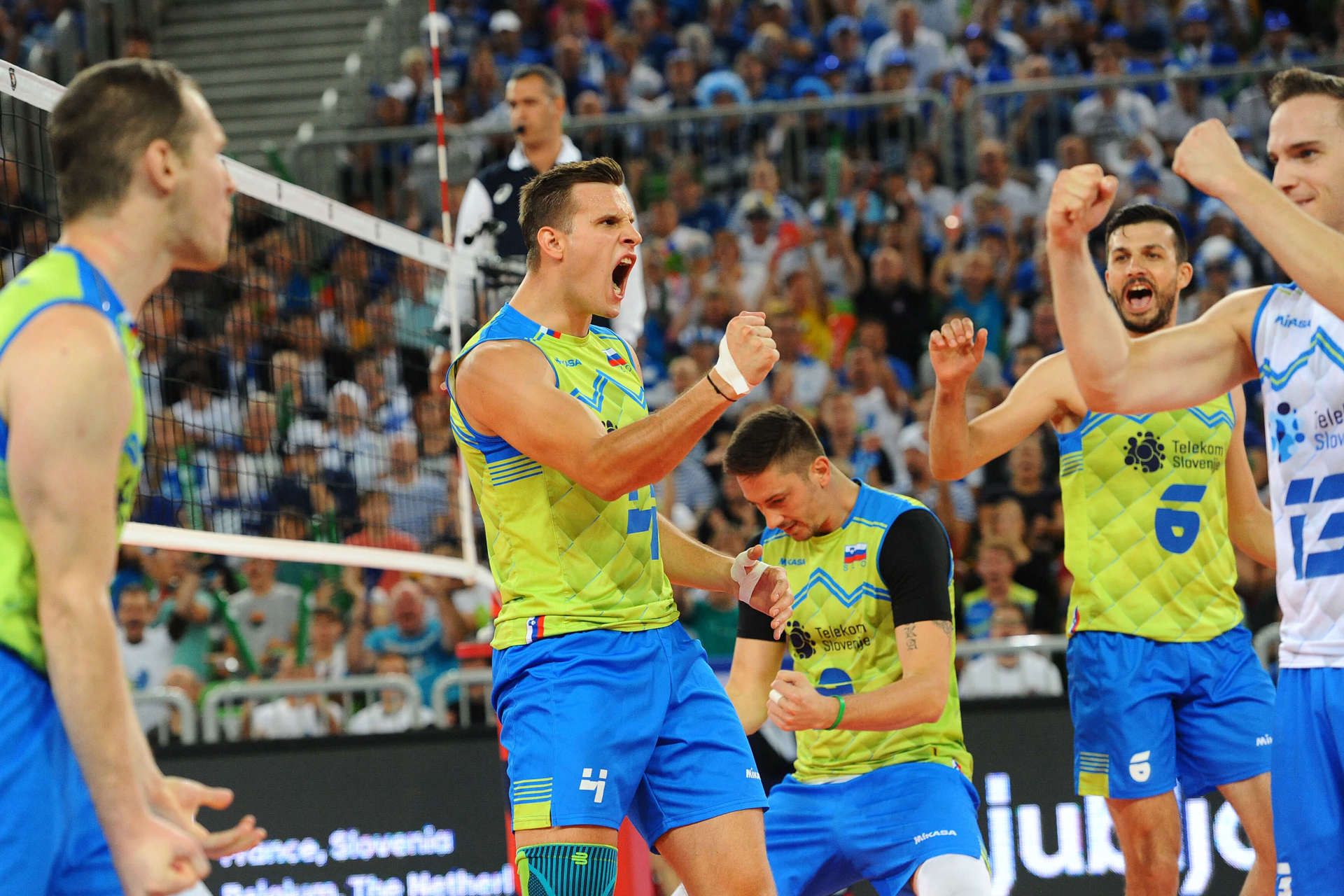 Jan Kozamernik (SLO) celebrating a point with his teammates

"Finland is a respectable opponent, they played really well. It’s a pity that we lost the third set. We have trained really hard for this tournament and we want to show our own game. The fans are phenomenal, we have never played a home match in front of that many fans. I hope that we can expect even more people in the next matches and play in the full Stožice hall. They are a big help for us, the energy they bring is just wild."

"I think we have never played in front of so many people and it was realy amazing. They were our seventh player, you could see this on the court. In third set we made too many mistakes and that's why Finland won it. Now we have to forget about this game and prepare ourselves for Turkey. After two victories we are confident and we showed that we can play consistently."