North Macedonia play at their first ever EuroVolley. Their best result this far is a second place in the European Golden League in 2015, 2016 and 2017. Russia is a much higher ranked team and a true European volleyball power. They are the current European Champions and the FIVB Volleyball Nations League winners. They have not played each other recently.

ANDREEV Evgenii (RUS) for the save

Team Russia in the mood

ANGELOVSKI Darko (MKD) enjoying his final preparations before the match

Three out of three for Russia in #EuroVolleyM Pool C

Russia and North Macedonia each played already their third match in as many days in Stožice Arena. Finnish expert on Russia’s bench Tuomas Sammelvuo started the match with players who rested during yesterday’s clash. North Macedonia could keep the pace just at the beginning of the match, later the opponents pulled away with strong serving and solid blocking, leaving them no chances to win in the second set.

North Macedonians managed to close the gap in the third set and got into the 2-point lead (17-15). After a dramatic finish Russia did not allow them to cause a surprise claiming the third set by 28-30.  Dimitrii Volkov scored the most points, 15, while Nikola Gjorgiev and Filip Majdunkov claimed 12 each for North Macedonia.

The number of successful point winning blocks of NORTH MACEDONIA compared to RUSSIA.

Errors leading to points of NORTH MACEDONIA, next to those from RUSSIA

"In the first two sets we didn't play as we can but then in the last set we've had our chances, we were really close and could have won but at the end the bigger and more experienced team took the win."

"I think the main reason for our defeat was our lack of experience. We had the opportunity to win the third set. Overall the third set was good, we played better than yesterday and I think this will bring us the confidence to play with Slovenia. I don't want to create any preassure but with good atmosphere and our supporters we can expect a good match." 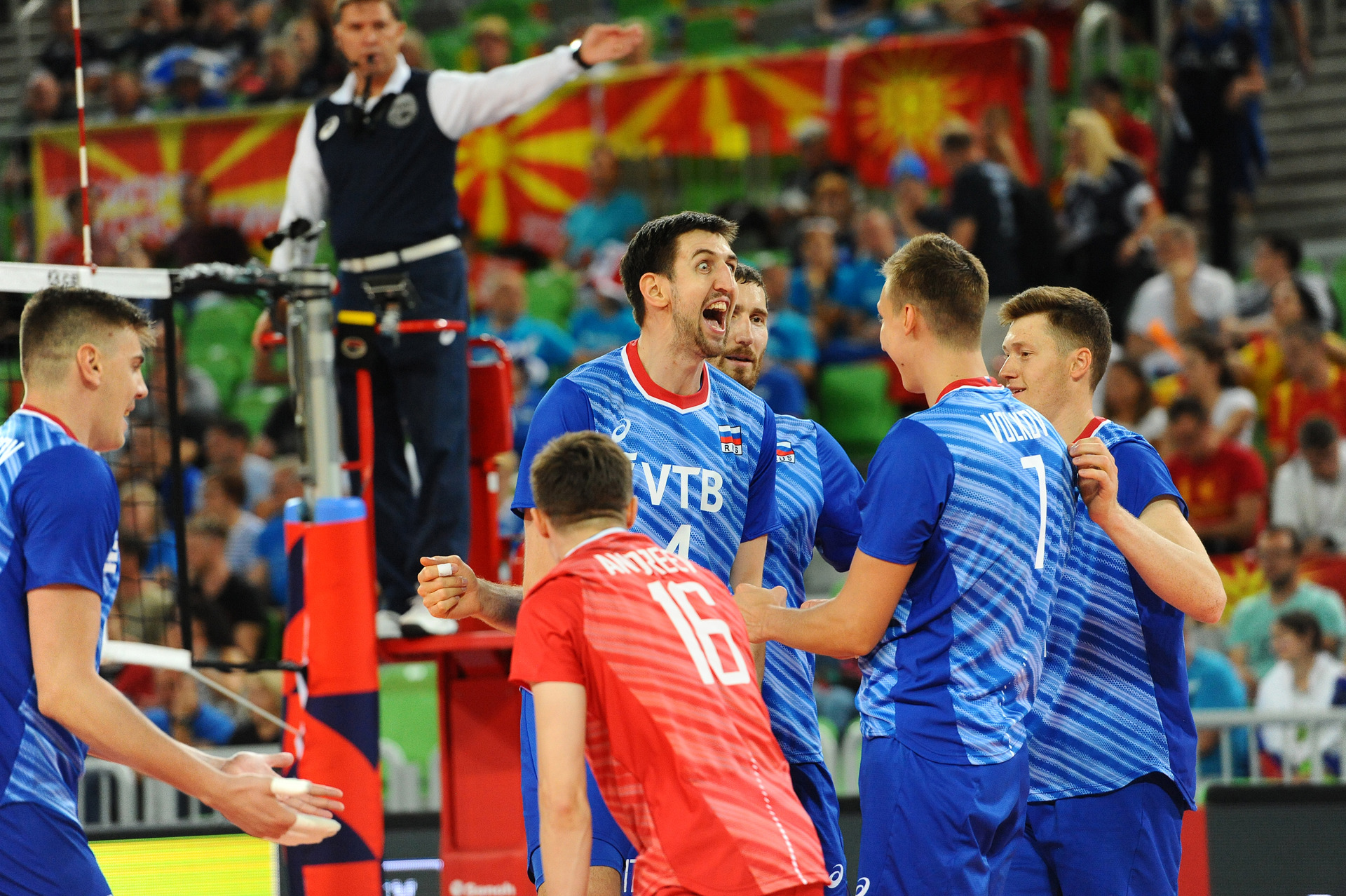 " We are happy with today's outcome. The most important ting for us was to claim another three points. We will go match by match, there are still some important games ahead and we need to improve some elements by then, since we will face some strong opponents. We are already looking forward to that."

"We claimed another three points, although we lost our concentration for a bit in the third set, which is why Macedonians closed the gap. What is more, they improved their performance a lot in the last part of the match, which caused us quite some trouble, but we believed in our win through the whole match."