When the unbeaten leader meets the winless last-place team, the outcome may look pre-decided, but this is no quite the case when Serbia and Austria face each other in the last Pool B match in Antwerp. Underdogs Austria have shown some good qualities in their pool campaign, but with four losses they are already home-bound. Still, they will certainly do their best not to go home empty-handed. At the same time, it is a great opportunity for coach Slobodan Kovac to give some rest to his key players and a chance to those who have not been playing so much. It could be an interesting game.

“We want to win this game because we need to show the fans we are the winners of this pool and we want five victories.”

Marko Ivovic
Outside spiker of Serbia

“We are very keen not to go home empty handed. We started this tournament playing well and we want to play better than in the first match.” 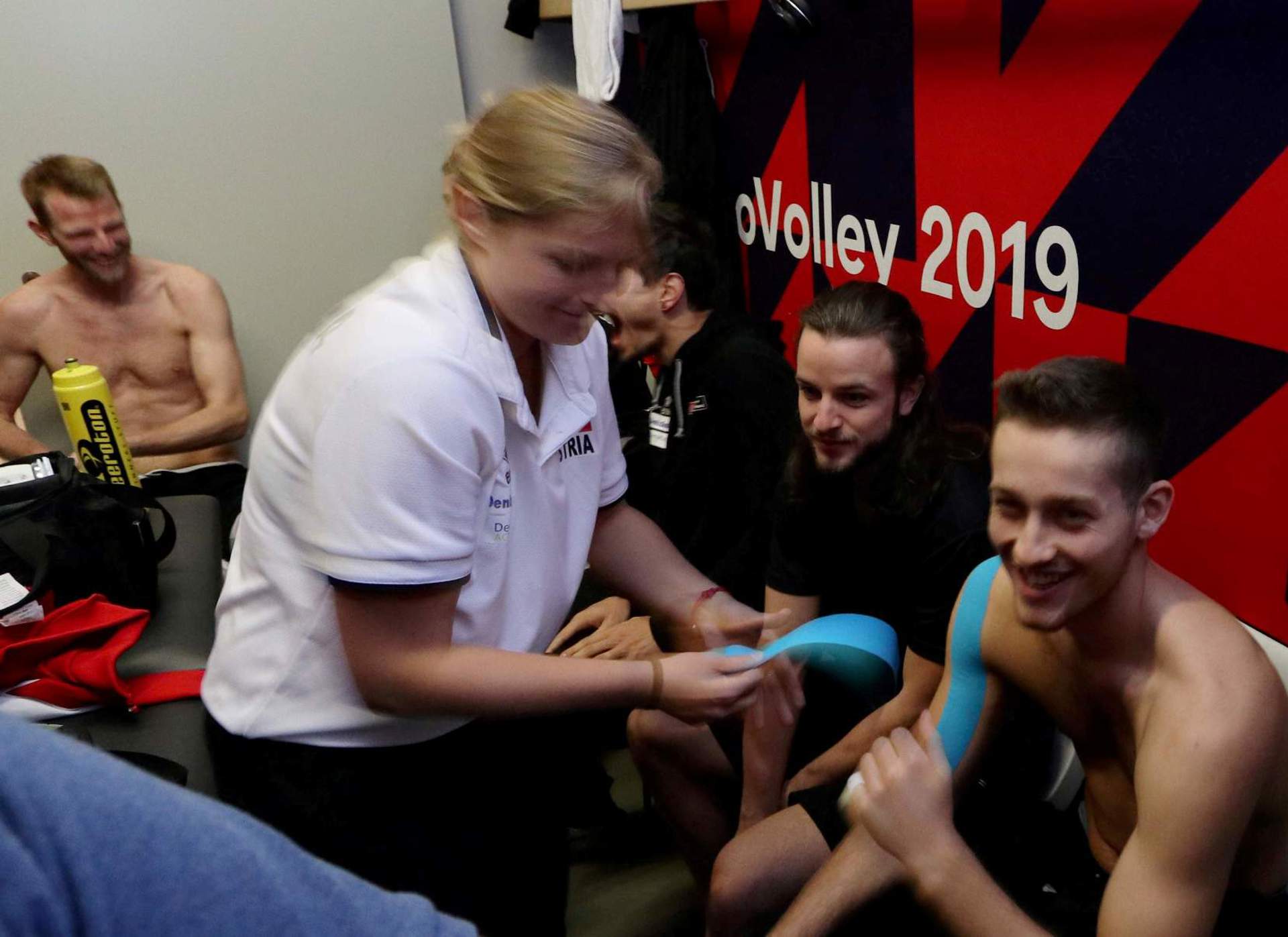 Austrian locker room; both teams seem to be in a good mood before the game

Okolic (SRB) ready to block... anything! 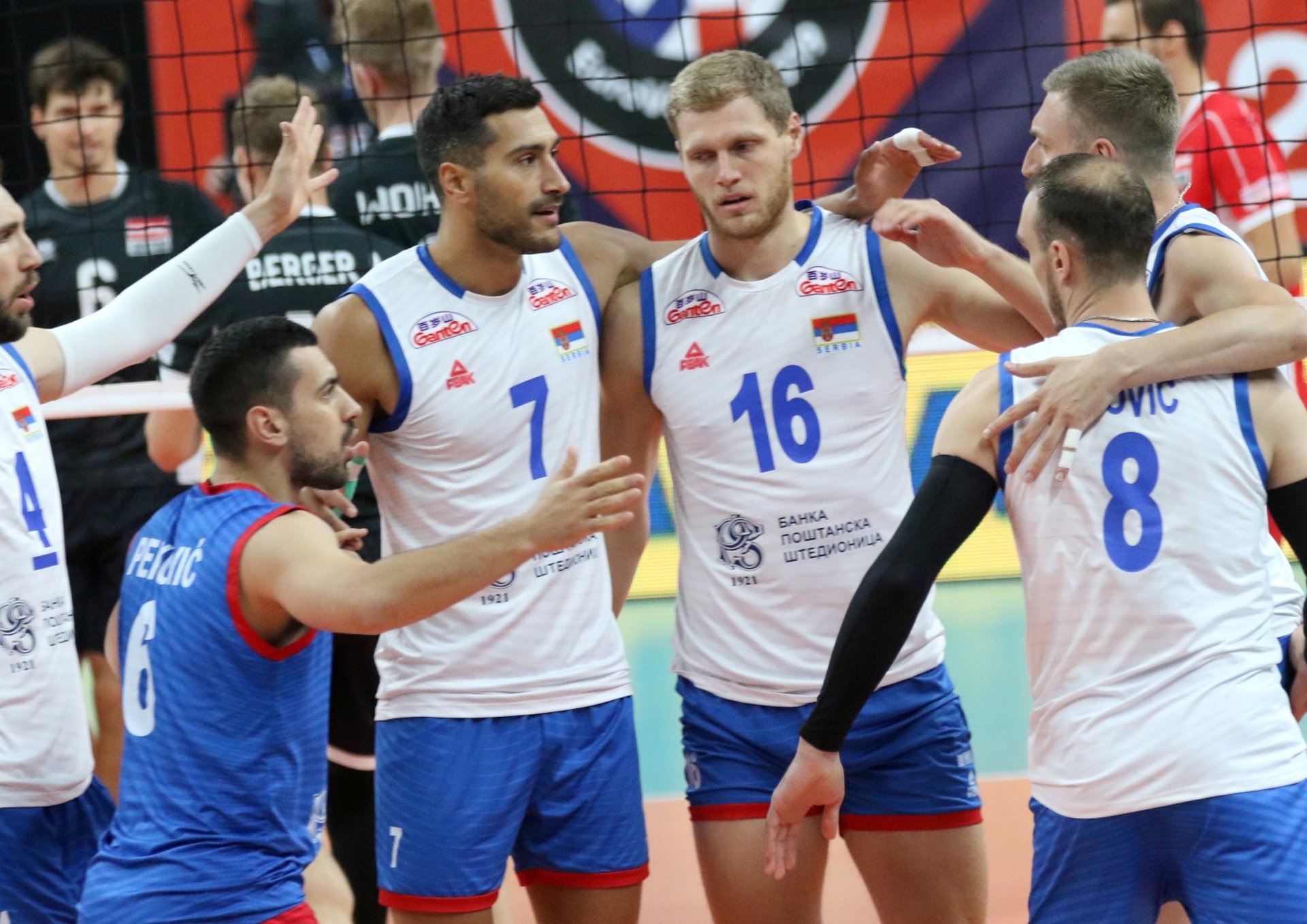 With key players resting, Serbia show no mercy to Austria

Serbia won the last match in Pool B emphatically in straight sets over out-going Austria to finish the pool unbeaten in five matches. The Austrians were forced to conclude their participation in EuroVolley 2019 empty-handed.

Even though Serbia started the match without key players, such as Aleksandar Atanasijevic, Marko Podrascanin, Srecko Lisinac and Uros Kovacevic, coach Slobodan Kovač’s men showed no mercy in the first set and ran off with a 25-16 landslide. Early into the second set, a couple of aces by Thomas Zass helped Austria break away with a four-point lead but, thanks to a total of 10 points from Drazen Luburic in the set, the Serbs quickly caught up and outpaced the opponent on the way to a 25-22 win. With captain Nemanja Petric and main setter Nikola Jovovic also off the court by now and Zass scoring seven times, the third set was the most competitive of the three. Still, the Serbs were more concentrated in the money time to claim a 25-21 win and close the match.

18 points, of which three aces, made Luburic the biggest point-maker on the winning side. However, Zass was the overall best scorer of the match on 20 points, including three stuff blocks and two aces.

The number of successful point winning blocks of SERBIA compared to AUSTRIA.

Errors leading to points of SERBIA, next to those from AUSTRIA

“We played very well today and in the pool as a whole. We feel we deserve the first place and hope to win over Czech Republic to progress to the quarterfinals.”

“We played well today and had some chances. In two years we will be back to achieve our goals at the next EuroVolley.”