This match is a direct qualification to the last 16 of EuroVolley 2016. If Slovakia come out with the victory, they will go through to the next round, leaving Germany and Spain to battle it out directly for the last available spot. A German win in this match will guarantee coach Andrea Giani and his team a spot in the eighthfinals, as they will irreversibly surpass Slovakia in the standings. In that case, it will also be down to the game between Germany and Spain on Thursday to determine whether the Slovaks or the Spaniards stay on in the competition.

“I don't think we are the favourites to win this game, but, of course, I hope we win today, so we can achieve our goal to proceed to the next round.”

Ruben Schott
Outside spiker of Germany

“This is our last match in this pool. We are aware how important this game is for us. It's probably the biggest match we have to play in the pool and the team is focused to try and get the win.” 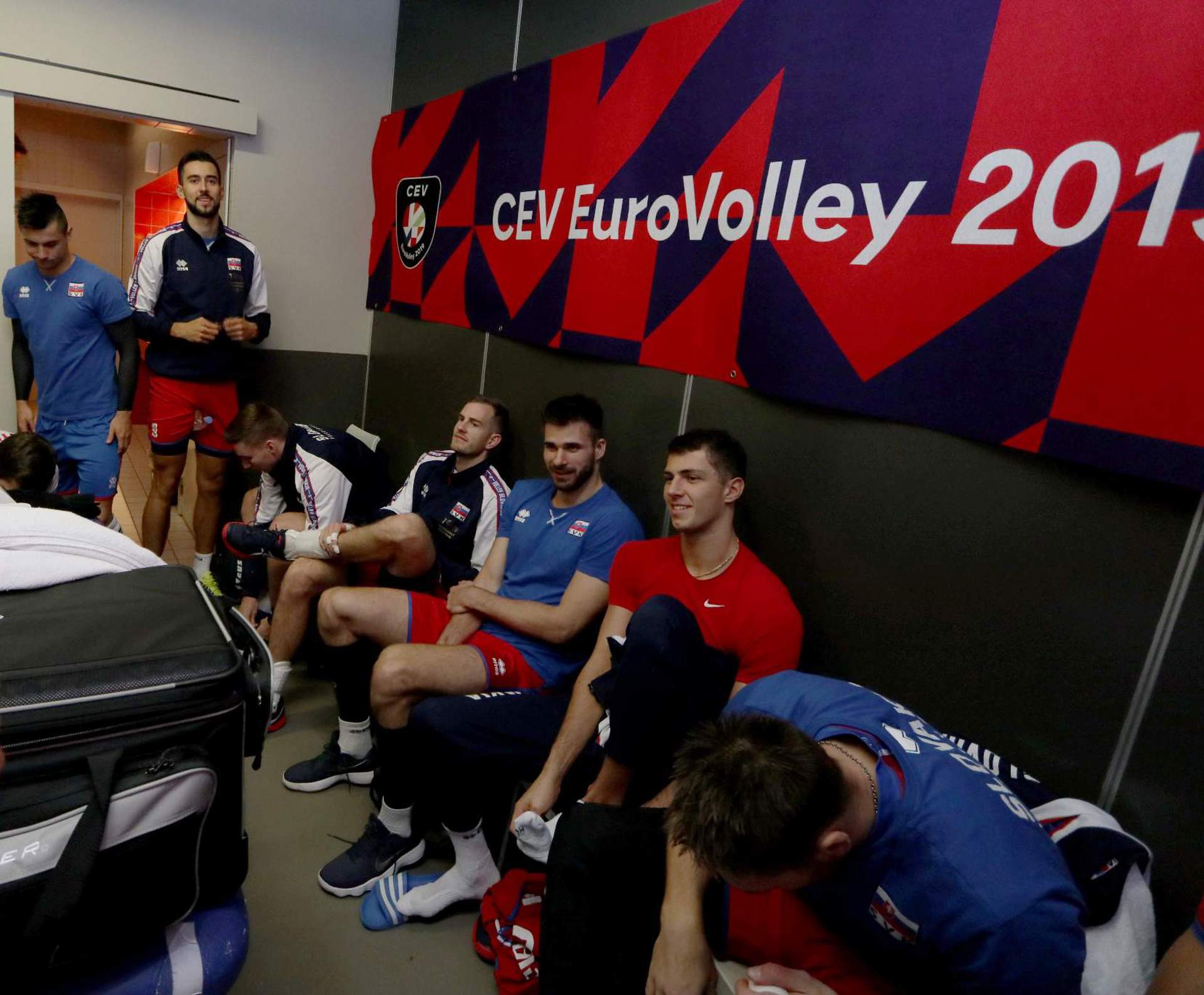 Slovak players in the changing room before the big game

Hirsch (GER) spikes past the block of Patak (SVK)

Germany through, Slovakia’s fate out of their hands

Germany shut out Slovakia to cement themselves among the top three teams in Pool B and, thus, advance to the round of 16. The Slovaks finished the pool on a 2-3 win-loss record and their fate will be decided in Thursday’s match between Germany and Spain. Any win would put the Spaniards above Slovakia in the final standings and among the last 16 of EuroVolley 2019.

Despite a seven-point contribution from Slovakia’s Matej Patak, it was Germany’s blocking that made the difference towards a 25-23 first-set win. The excellent spiking from Denys Kaliberda (eight points) in the second set was balanced out by excessive serving errors from Germany. Still, after Slovakia wasted five set points, it was Christian Fromm’s sizzling serve that converted the first set point for his team to a 30-28 win. With Simon Hirsch leading the way with seven points, Germany crushed the opponent by 25-19 in a one-sided third set to claim the victory.

Patak was the best scorer of the match on 17 points. With 15 apiece, Fromm and Hirsch shared the honours on the winners’ side.

The number of successful point winning blocks of GERMANY compared to SLOVAKIA.

Errors leading to points of GERMANY, next to those from SLOVAKIA

"At first they were very strong and we had problems scoring on the high passes after bad reception or defence. At the end of set 2 those balls had a better placement and we could play more easily into the middle or create some more tempo."

"We started very well in sets one and two, but after wasting multiple set points and losing the second set, our morale went down, while Germany made fewer mistakes, which resulted in this bad third set from our side."

Tomas Krisko
Outside spiker and captain of Slovakia