Having already lost their first two matches, Spain are desperate to change the course, but against a well performing Serbia the challenge will be hard to tackle. The Serbs have demonstrated high-level Volleyball and depth in their roster, so for them all it takes to extend their winning streak to three is available. Spain won only one of five previous EuroVolley encounters with Serbia - when they claimed the title in 2007.

"Serbia are a very strong team, but we should bring back some of the happy feelings from the first day and see what happens."

"It is good that we can rotate our players on the court like we did yesterday. A win in today's match is very important to stay on top of the pool and we'll see whom our coach decides to start with."

Nemanja Petric
Captain and outside spiker of Serbia 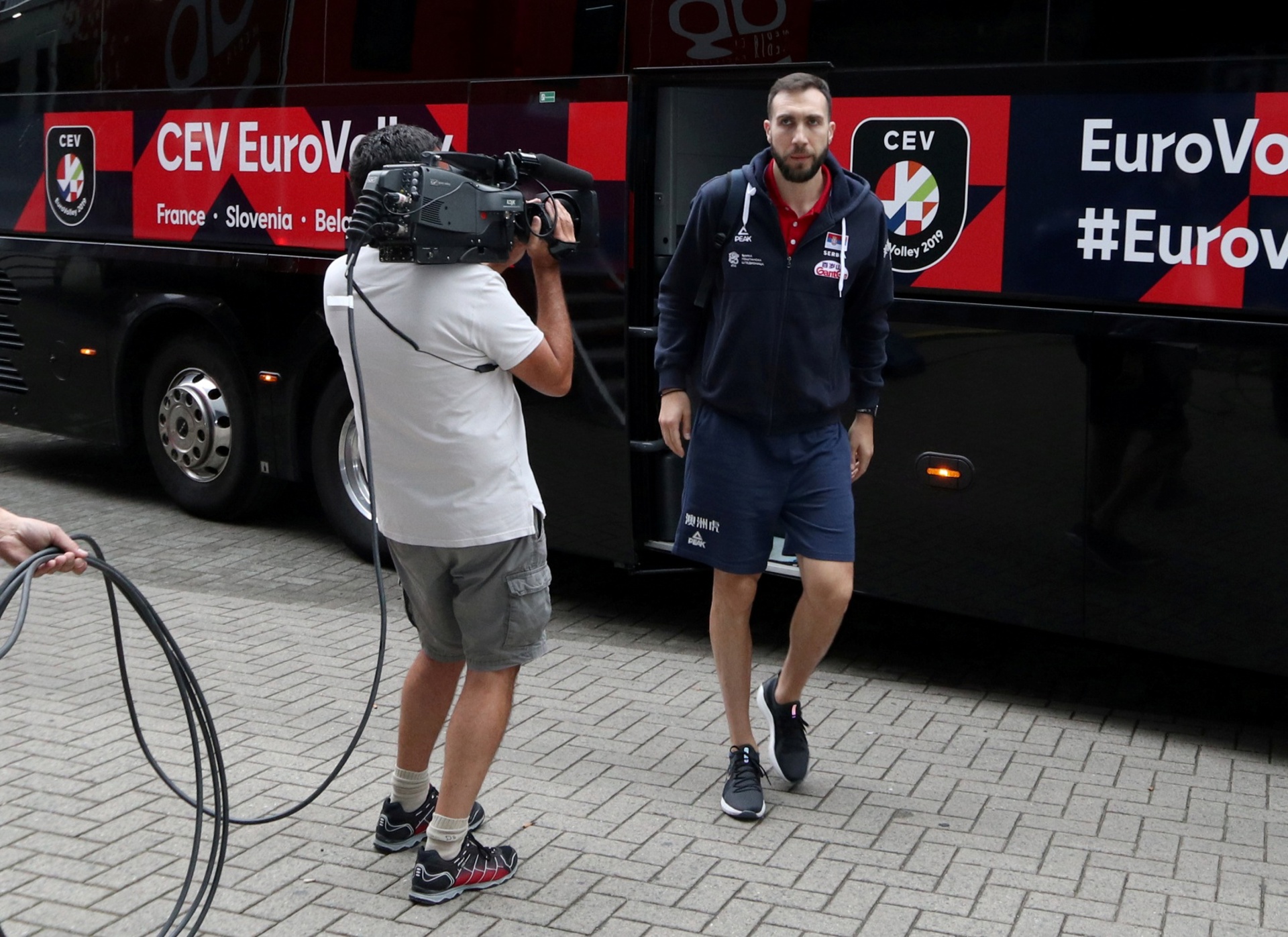 The Serbian team arrive at the venue 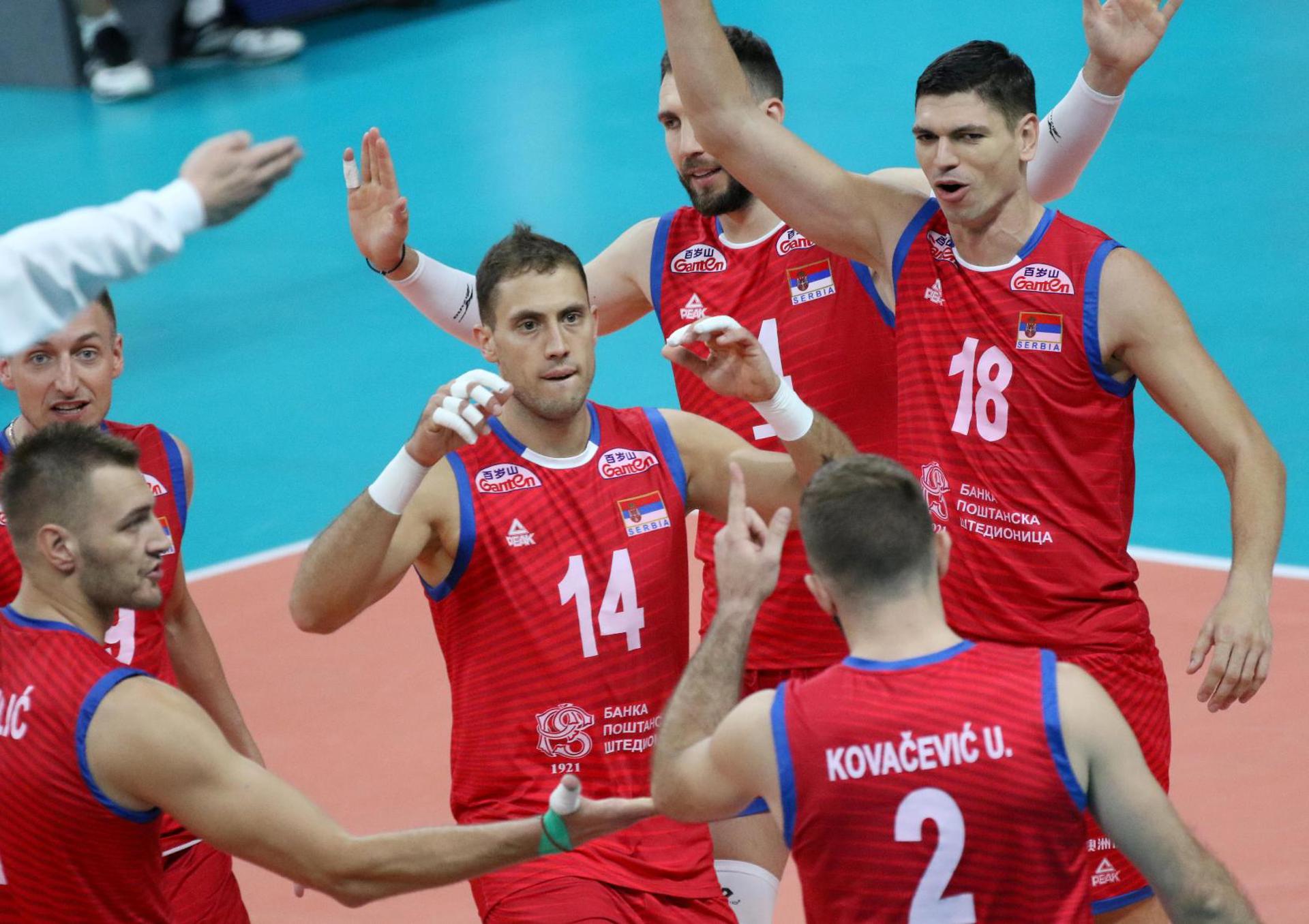 Efficient Serbia deny inspired Spain to advance to next round

Serbia came back from a set down against Spain to claim a four-set victory and a spot among the best 16 of EuroVolley 2016. This is the third win for the Balkan side and they can no longer be pushed below the cut-off. Spain showed some beautiful Volleyball, but not enough to score their first victory.

On his 34th birthday, Spanish setter Miguel Angel De Amo played an incredible first set and not only created great opportunities for his spikers, but himself was the best scorer of the set with two aces, two blocks and one spike to his name. Despite entering the court in the role of underdogs, coach Fernando Muñoz Benitez’s squad were well in control to win the set by 25-21. The second set was competitive through 10-10, after which Serbia started to break away, stepping up the serving and the spiking and building nicely to a 25-19 close. The next set followed a similar pattern, with Uros Kovacevic and Aleksandar Atanasijevic leading in scoring towards another 25-19 win. Atanasijevic himself hammered away eight points in the fourth set, the most competitive one in the match. With captain Nemanja Petric following close behind with seven, the Serbian win was inevitable – 25-20.

Atanasijevic put away an impressive 23 points, including three stuff blocks and two aces, to claim the match top scorer honour. Aleksandar Okolic delivered six of Serbia’s 13 blocks in the game. Augusto Renato Colito, on 17 points, was Spain’s most prolific player.

Next for these two squads, Spain will play against Austria on Tuesday and Serbia will challenge hosts Belgium on Wednesday.

The number of successful point winning blocks of SPAIN compared to SERBIA.

Errors leading to points of SPAIN, next to those from SERBIA

"We knew Serbia were very strong, so I am very happy with the way my team performed today. We brought a lot of joy and fast tempo in the game and that surprised them. Afterwards, they were much stronger in reception and were better finishers than us. Let’s bring the same energy in the next game.”

“We didn’t panic after set one. We have the quality to beat an amazingly strong Spain and we were sure we could manage. In sets two, three and four, we made fewer mistakes and that made a big difference. Spain played with so much more energy today than in the previous games, so this win didn’t come easy."

Uros Kovacevic
Outside spiker of Serbia