Slovakia have already won their matches against Spain and Austria, the two teams considered their main competitors for one of the eighthfinal spots. Their match against pool favourites Serbia will be a challenge, but who knows where the momentum could lead the inspired Slovak squad. In their only match so far, the Serbs shut out Germany, so in Sunday's match-up in Antwerp, one of the two teams will remain unbeaten and the other one will suffer their first defeat of the tournament. 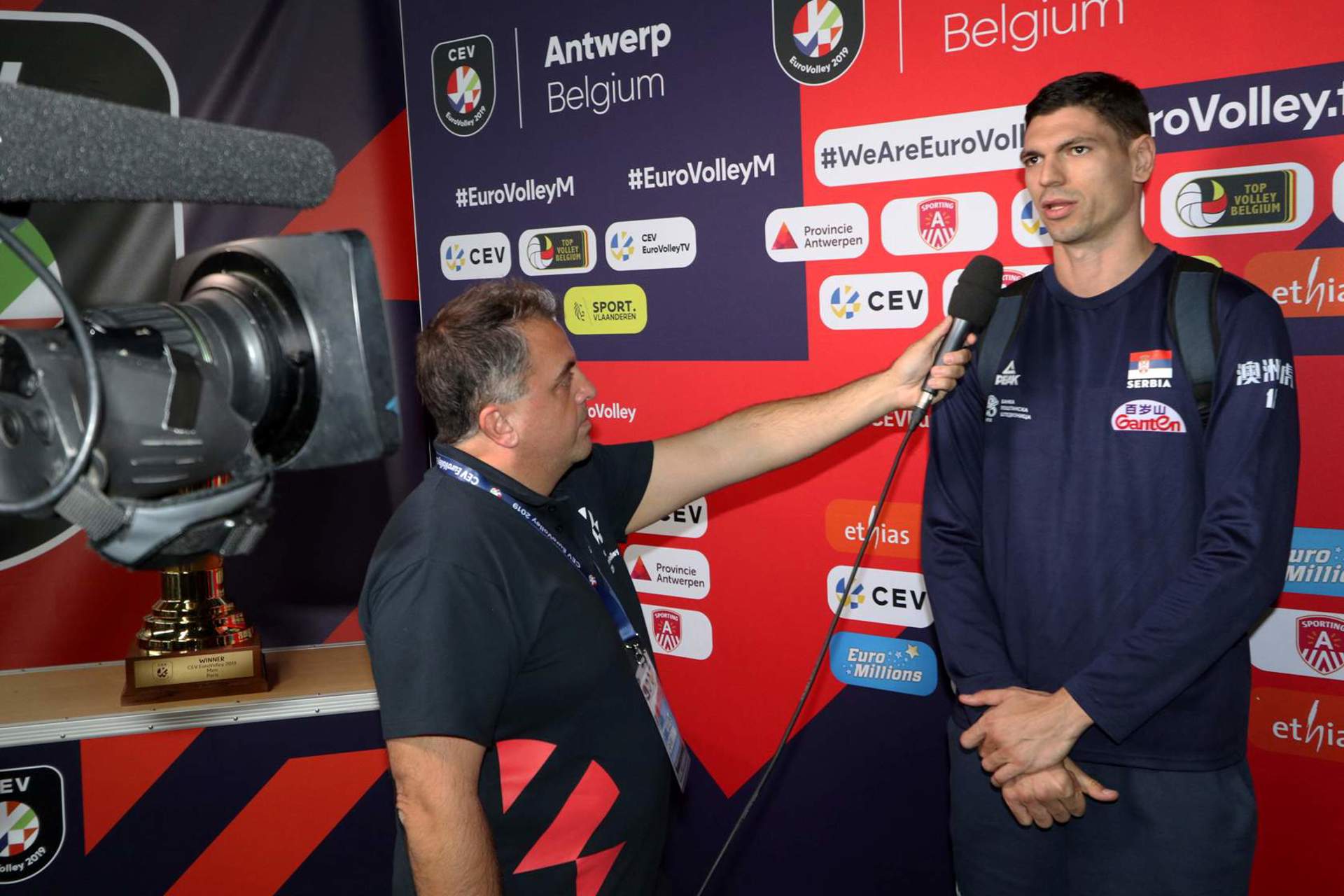 Podrascanin (SRB) in the mixed zone before the match

"We expect this to be a tough game, but we need the win to stay on top of the pool and we are ready for it.”

"This will be a very tough game for us. So we need to make sure we don't lose our pleasure.”

Serbian fans on the stands

Krsmanovic (SRB) spikes through the middle 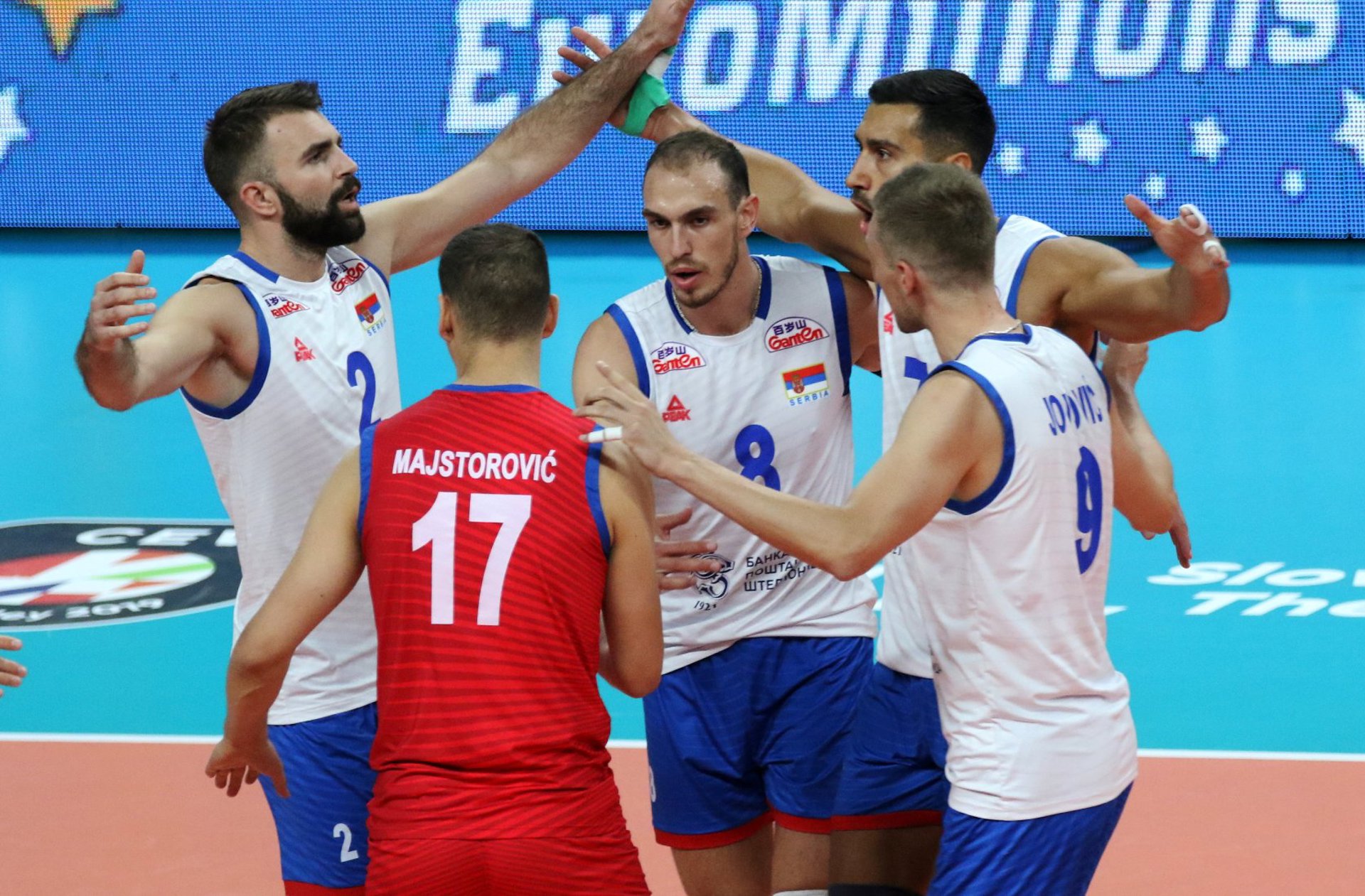 Serbia did not allow any surprises in their second match at EuroVolley 2019. The southern European squad delivered a strong performance on the way to a 3-0 win over Slovakia to hand the opponent their first defeat in three matches played.

Without key players such as Aleksandar Atanasijevic, Marko Podrascanin and captain Nemanja Petric on the starting line-up, Serbia took control after 14-14 to dominate the rest of the first set and step ahead on the scoreboard. Early into the second set, Serbia broke away on a run of nine consecutive points, with Petar Krsmanovic behind the serving line, and never looked back to double their lead. In set three, coach Slobodan Kovac’s men came back from a five-point deficit. With Marko Ivovic and Uros Kovacevic leading the way, Serbia showed high level in the money time to close the match in straight sets.

Kovacevic was the game’s top scorer on 17 points, including four stuff blocks. Middle blocker Krsmanovic impressed with four aces and four blocks for a total of 11 points. Matej Patak scored 12 times for Slovakia.

On Monday, Serbia take on winless Spain, while Slovakia have a day off before their game with unbeaten Belgium on Tuesday.

The number of successful point winning blocks of SERBIA compared to SLOVAKIA.

Errors leading to points of SERBIA, next to those from SLOVAKIA

“The tournament is long and we came here with 13 great players who can play whenever they are asked to. We played a good game and it was kind of what we had expected. We knew we were better and that’s what we showed on the court. We are one of the best teams in the world and we don’t want to settle for anything less than the European title.”

Uros Kovacevic
Outside spiker of Serbia, best scorer of the match

“I’m happy with how we played even though we lost 3-0. Small things, especially in the end of the sets, is what made the difference. This was a good game for us to prepare the following matches. The rest day tomorrow will come just in time to get our energy back on track.”

Matej Patak
Outside spiker of Slovakia