Hosts Belgium claimed two wins in their first two matches in the pool and move from Brussels to Antwerp eager to continue their winning streak. On day one Spain lost to Slovakia in five sets and, aware that they have to beat at least one of the big names in the pool if they want to advance, will do their best to achieve this goal in Antwerp. 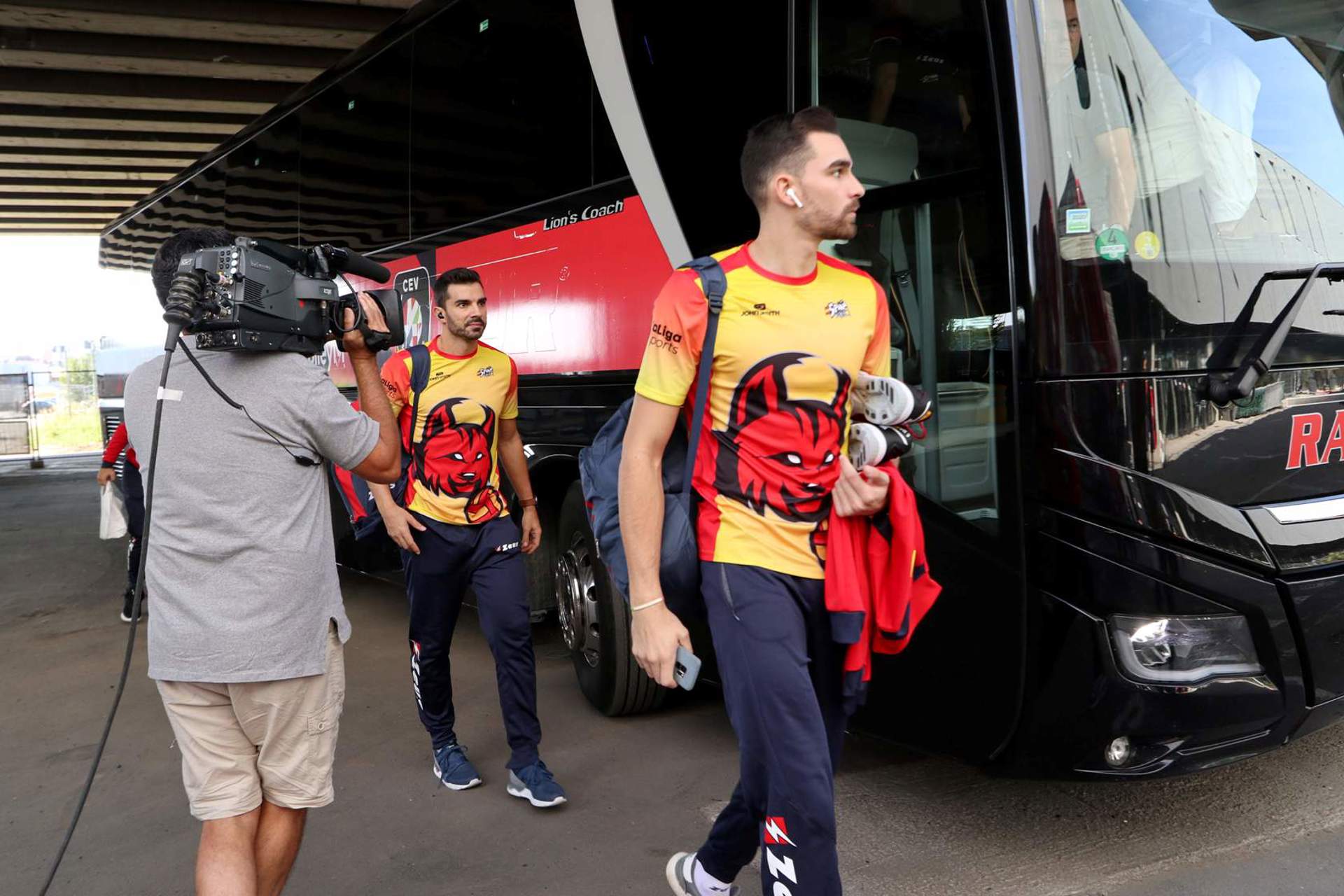 Spanish team arriving at the venue

“Belgium are a really solid team, with really good serving. We need to find an answer to that.”

“Spain have a lot of quality and can surprise us on many levels during the game, but we are ready to face this challenge.”

Hendrik Tuerlinckx
Opposite of Belgium

Rousseaux (BEL) on the serve

Belgium triumph with the victory 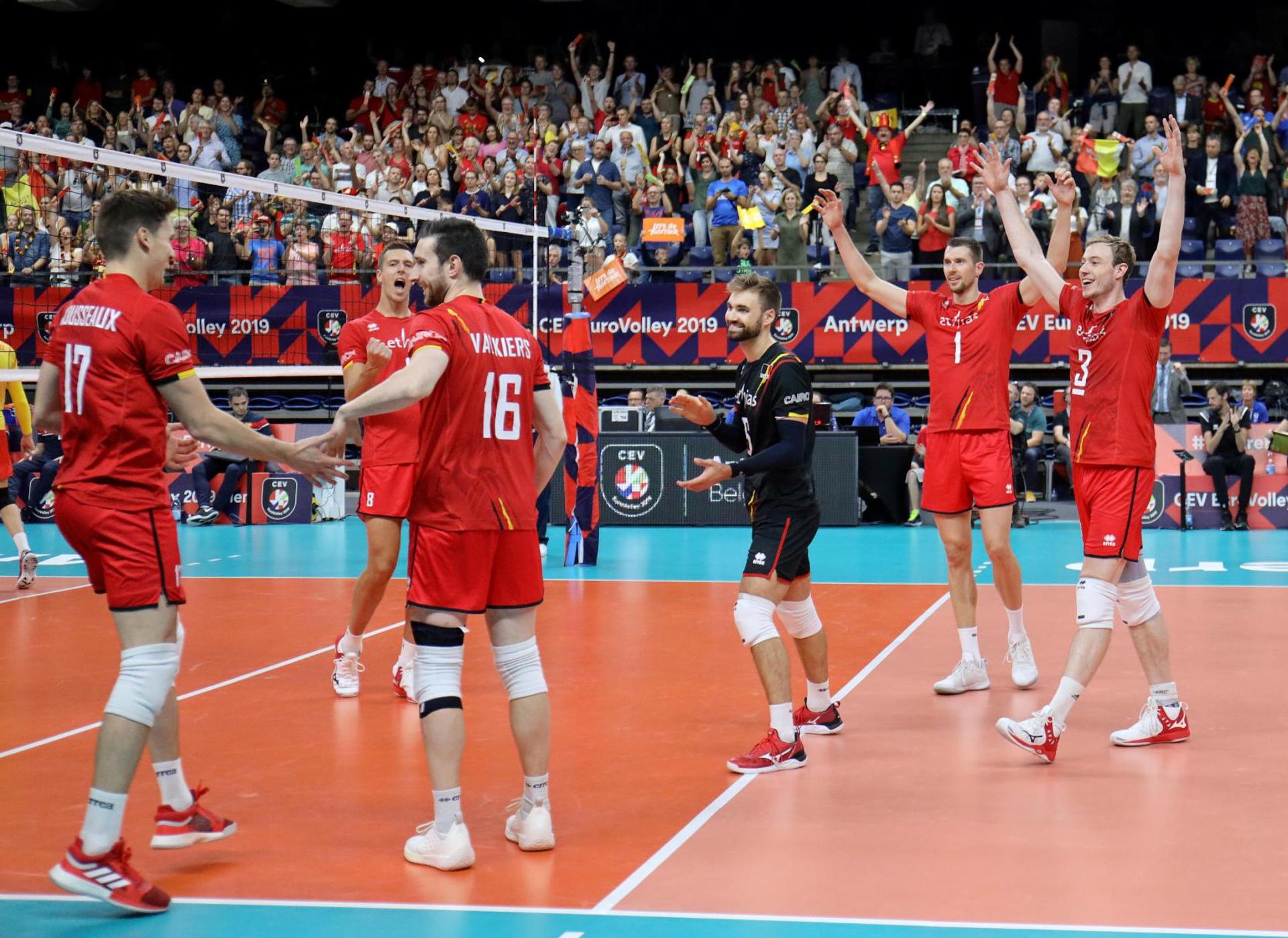 Antwerp action in Pool B opened with a relatively uneventful game, in which hosts Belgium cruised to an emphatic straight-setter against Spain to extend their unbeaten run to three matches and reserve their berth among the last 16 of EuroVolley 2019. Spain recorded their second loss in the pool and will have to look for change of course in the next three matches.

Belgium’s Sam Deroo once again proved that he is a captain the team can rely on to lead by example. In three short sets he piled up as many as 21 points, including four stuff blocks and one ace. Victor Rodríguez Pérez was Spain’s only scorer to reach double digits – 10 points.

Next, Spain meet Serbia on Monday, while the Belgians enjoy a day off before facing Slovakia on Tuesday.

The number of successful point winning blocks of SPAIN compared to BELGIUM.

Errors leading to points of SPAIN, next to those from BELGIUM

“Belgium were really strong today and it was very hard to give them any trouble and find many scoring opportunities against them.”

“We left a lot of emotions on the court yesterday, so today it is really nice to win again before our rest day tomorrow.”

Tomas Rousseaux
Outside spiker of Belgium