"Time flies so fast and I cannot believe that #EuroVolleyM is already over... I've visted 4 countries and as many as 9 cities! I was a part of the greatest Volleyball show ever, spreading Volleyball mania all around Europe!" 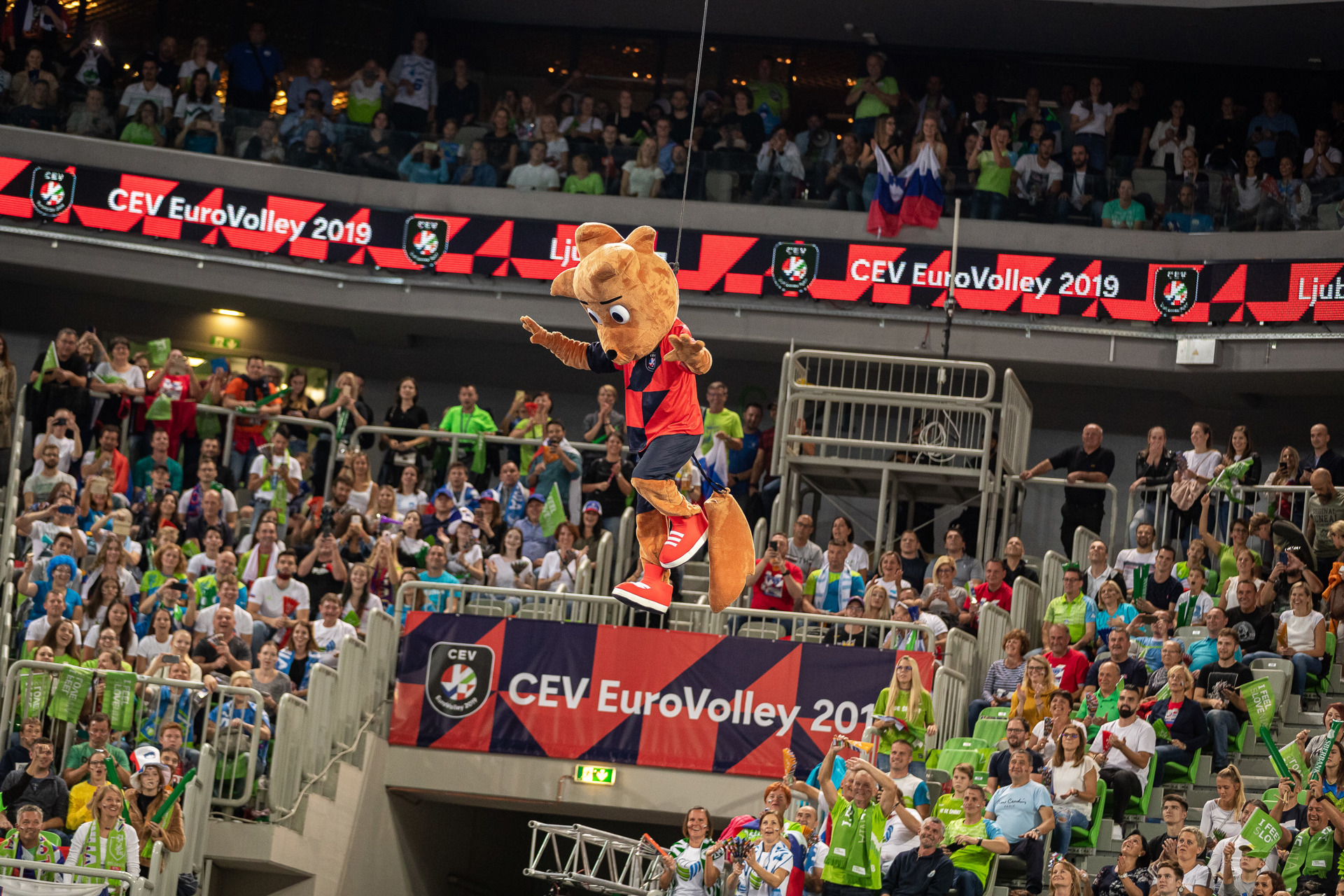 I even showed that I can fly!

And here you can see me in action and listen interview with my "boss"! 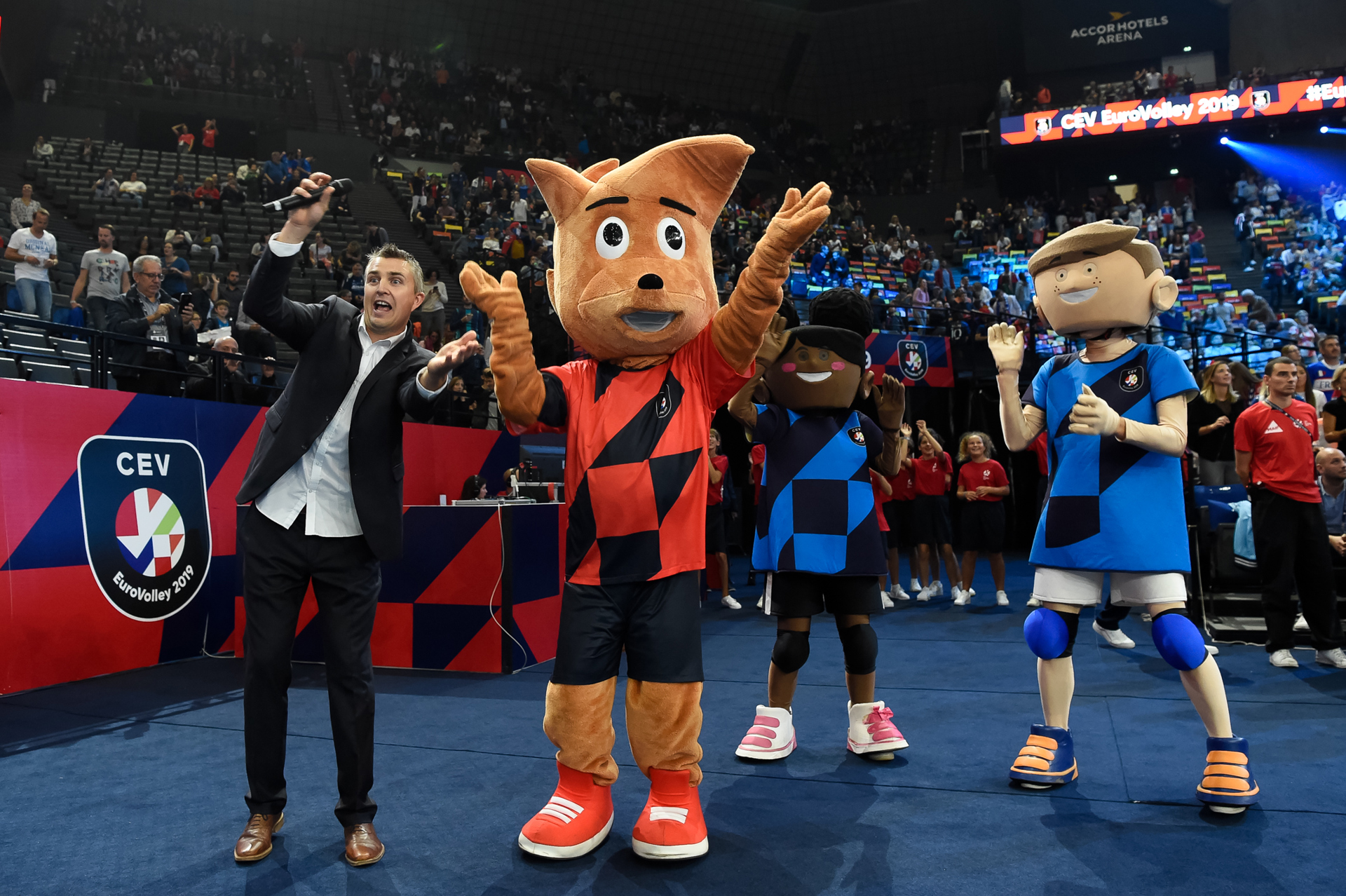 In Paris I had great company of two French mascots! We were super trio! 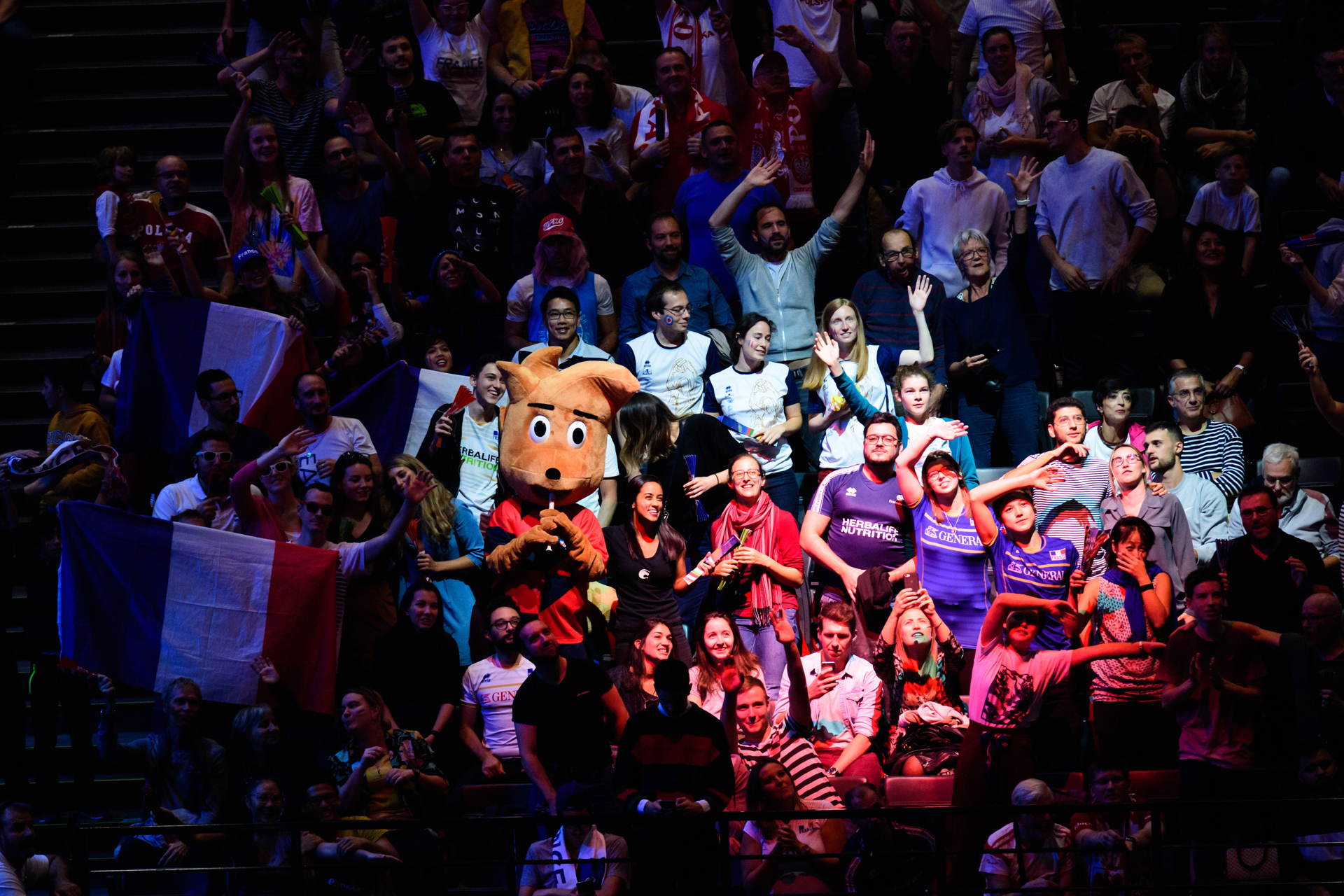 We had unbelievable fans, who just loved me! Slovenians had their own trophy, but eventually their team ended 2nd! And Serbia were crowned the new European champion!