This past Saturday, January 8, the Latvian Olympic Committee organised a ceremony to honour the recent highest achievements of athletes, coaches and sports organisations from the Baltic country. The year 2021 featured some historic results for Latvian sports – with the Volleyball Federation of Latvia emerging as the winner of the award for the Sports Federation of the year. The men’s national team made their first EuroVolley appearance since 1995. Working hard for their return to the most prestigious European competition, the ‘Wolves’ claimed the prize for the ‘Team of the Year’. Manager Arturs Vitkovskis received the award on behalf of the team and he expressed his gratitude to everyone involved in running the programme.

“It was a dream of many generations. I am very pleased and grateful to the players who worked very hard. I am confident that this team, which mixes youth and experience, will reach even higher goals. When looking into the future, we are very hopeful. Tonight, I am greatly honoured to receive this award." 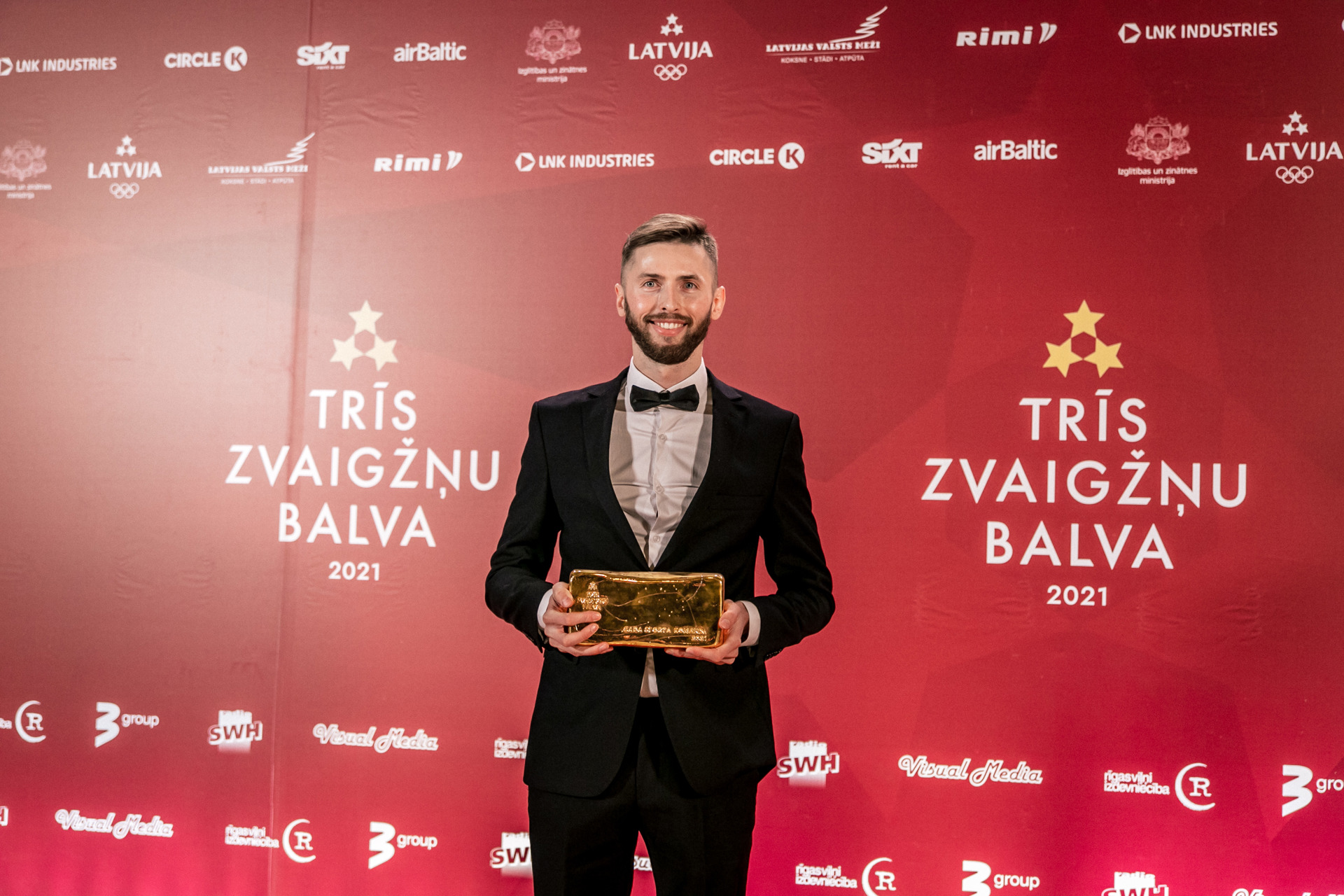 The manager of the Latvian men's national team, Arturs Vitkovskis, with the award for the 'Team of the Year'

In a close competition with the national federations responsible for basketball and hockey, the Volleyball Federation of Latvia claimed the most votes in the race for the ‘Sports Federation of the Year.”

“You know, Rome was not built in a day. Therefore, what we see today is actually a renaissance of Latvian Volleyball. In order to build this Volleyball house, we need to add brick by brick, only then we will be able to achieve great success. I wish to thank the whole team of the federation who even in these complicated times has been able to keep up the good work and of course I would like to express my gratitude to all the supporters, coaches and teachers."

Janis Buks
President of the Volleyball Federation of Latvia Beach Volleyball star Tina Graudina claimed the ‘Athlete of the Year’ accolade. Last year, Graudina and partner Anastasija Kravcenoka made their Olympic debut at Tokyo 2020 and finished the competition in fourth place. “All season long, they showed everyone that by working hard, with much discipline and strength you can reach the stars and pave the way for an even brighter future,” read a statement from the Volleyball Federation of Latvia.

In 2022, the goal of the Federation is to keep up the great work and achieve further success.